Hernandez: She was missing, but now is found

Attorney General Joseph A. Foster, Conway Police Chief Edward Wagner, New Hampshire State Police Colonel Robert Quinn and FBI Supervisory Senior Resident Agent in Charge William Scott O’Donnell announced yesterday that Abigail Hernandez, the fourteen year old girl who disappeared last October ninth on her way home from Kennett High School, was safely reunited with her family Sunday evening.  The facts and circumstances surrounding Abigail’s disappearance continue to be actively investigated by members of the agencies noted above.  Further details will be provided once it has been determined that releasing additional information will not compromise the integrity of the on-going criminal investigation.  Law enforcement thanked the public for its cooperation and assistance in the investigation over the past months and continues to welcome the public’s assistance as the investigation continues.  The Hernandez family has requested privacy as they assist with the law enforcement efforts and as they spend time supporting and caring for Abigail.  Zenya Hernandez, Abigail’s mother, informed law enforcement officers that “today we are the happiest people on earth”.

Between July 28 and August 26, the Southern New Hampshire Regional Planning Commission  is seeking public review and input on the proposed draft Comprehensive Economic Development Strategy Report for the Central/Southern Region.  This region includes 21 municipalities in Merrimack County and 4 municipalities in Hillsborough County.  The five towns in the S N H R P C region participating in this study include Bedford, Goffstown, Hooksett, New Boston and Weare.  This draft report has been developed by municipal representatives and other stakeholders appointed to the Central/Southern C E D S Advisory Committee. The report identifies the region’s goals and objectives for the C E D S; a list of key economic development projects for the region; an industry cluster analysis; and other technical socio-economic data about the existing and future growth of the region.  The S N H R P C is interested in hearing from all residents and businesses within region and we’ve linked to the report from this newscast at Girard at Large dot com.  They’re so interested in public input, in fact, that just yesterday they announced that a  public presentation of the draft report is scheduled at the S N H R P C offices on Rimmon Street in Manchester today at eleven thirty.

Havenstein to Hassan: Return the money

G O P gubernatorial candidate Walt Havenstein called on Governor Margaret Wood Hassan to return donations received from union PACs yesterday.  Hassan has taken twenty five thousand dollars from the International Brotherhood of Electrical Workers PAC and ten thousand bucks from both the Service Employees International Union Committee on Political Education and the United Food and Commercial Active Ballot Club PAC.  The New Hampshire Republican Party has asked Attorney General Joseph Foster to investigate the contributions, alleging they exceed the seven thousand dollar limit set by state law.  In a statement issued yesterday, Havenstein said quote “Maggie Hassan is a good politician, which clearly extends to her ability to bend – and possibly break – the state’s campaign finance rules in order to raise money.  However, if she truly supports campaign finance reform, as she has claimed in the past, she will act now to uphold the spirit of New Hampshire’s law and prevent undue influence from damaging our politics.”  End quote.

The city of Manchester’s Ninth Annual Employee and Family Art Show is officially open at the “Art on the Wall at City Hall” Gallery in City Hall and the City Hall Annex.  The show features one hundred forty artistic pieces designed by city employees, their immediate family members, elected officials, volunteers, retirees as well as Manchester School District employees and family members.   The works are divided into three adult categories: amateur, intermediate and professional; two youth categories are also featured: 12 & under and teen.  The first, second and third place winners in each of the categories will receive a cash prize.  Prizes will also be awarded in the Mayor’s Choice, and People’s Choice categories.  The winners will be chosen by an independent panel of judges and announced at a reception and awards ceremony this Thursday evening in the Aldermanic Chambers at City Hall from five to seven.  A brief reception will precede the ceremony at 4 P M.  The public is invited to view the show during normal business hours and vote for the People’s Choice Award.  The artwork will be on display through August 27. 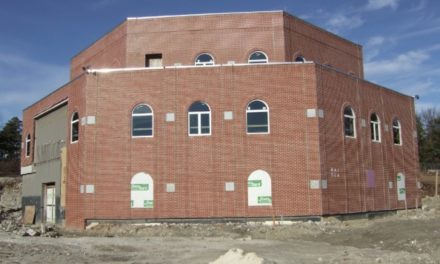