(Hour 2a) James Lawrence, Republican candidate for Congress in NH’s 2nd District is a proud parent of eight kids.  Jim chatted about his 3 terms as a NH State Rep, his tour in the Air Force and his experience as a small business owner.

The practical experience he’s gained as a husband, father, veteran and business owner is what separates him from fellow conservative candidate Marilinda Garcia.

Lawrence also defined the differences between himself and Gary Lambert.

(Hour 2b) Lawrence hammered President Obama and Congresswoman Annie Kuster for faulty foreign policy, inherent weakness on national defense and overregulation on business that is stifling our economy.

Opposed to Amnesty, Lawrence explained his strategy for the illegal immigration problem, securing our borders and the ISIS threat in the Middle East, a problem compounded by our “slow-moving President.”

Lawrence offered his solutions to “roadblock regulations,” Obamacare and the complicated tax code.  Learn more at Jim Lawrence for Congress

Immigration: How to enforce the law

Details of the Teacher’s Contract 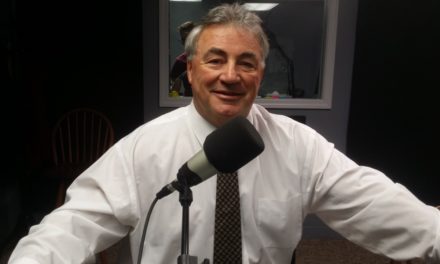