Sununu: Does the right thing

Just a day after a fifth, and particularly sickening video from The Center for Medical Progresses undercover investigation into Planned Parenthood’s peddling of parts from aborted babies, the New Hampshire Executive Council voted not to award Planned Parenthood of Northern New England a one point one million dollar contract.  All eyes were on District Three Councilor Christopher Sununu who, after voting no, issued a statement saying quote:

“Today I cast the deciding vote on the Executive Council to oppose taxpayer funding of Planned Parenthood in New Hampshire.  In the past, I supported funding for Planned Parenthood as a provider of reproductive health services in my district. However, investigations into potential criminal activity on both a federal and multi-state level have convinced me to withdraw that support.”

Melissa Farrell, Dir. of Research for Planned Parenthood Gulf Coast discusses the sale of  the “products of conception”

Sununu said there was precedent for the state not entering into contracts with embattled organizations and said that Planned Parenthood’s contract was only being considered because of its considerable political influence.  Sununu had been the target of conservative and pro-Life groups who mobilized their faithful to contact him and urge him to vote no on the contract.  Their efforts intensified after Sununu not only refused to comment on the contract and how he would vote, saying he’d not yet read the document when asked, but also refused to comment on the videos exposing Planned Parenthood’s trafficking in baby parts.

Life advocates heaped their thanks and praise on the Council, especially Sununu, who supports abortion, in social media posts and news releases throughout the day.

In his statement, Sununu called to task Governor Margaret Wood Hassan for her refusal to order an investigation into Planned Parenthoods’s activities in the state, despite the Council’s request, and said she’d done nothing to find alternatives for women in areas of the state served by Planned Parenthood.

We’ve published Sununu’s entire statement at Girard at Large dot com and linked to it from this news read.

Meanwhile, Citizens for a Strong New Hampshire is calling out Senator Jeanne Shaheen on the baby butchering controversy, demanding she reconcile contradictory statements she made after voting against Senator Rand Paul’s bill to defund Planned Parenthood nationally.   CSNH spokesman Derek Dufresne said quote “Shaheen, who voted against the bill, released a statement through her federal office in Washington, D.C. In her quote, Shaheen said the videos were ‘highly edited.‘  Interestingly enough, John McCormack at the Weekly Standard caught up with Senator Jeanne Shaheen and directly asked her about the Planned Parenthood video tapes.  “I have not seen them,” Senator Jeanne Shaheen of New Hampshire told McCormack after the vote. ”  Dufresne asked how Shaheen could quote “make accusations about the authenticity of the videos when she also admits she has never seen them?”

The Hooksett School Board has taken another step toward Pinkerton Academy and away from the Manchester School District.  At its meeting Tuesday night, which we had the joy of watching last night, School Board Member James Sullivan moved to designate Pinkerton the town’s school of record, meaning all students entering high school will be assigned to Pinkerton by default.  Students will still have the option of attending Manchester high schools, but will have to notify Hooksett school officials of their choice.

Last year, on a motion by Sullivan, Manchester was designated the town’s school of record.  At the time, Sullivan said Manchester should be the choice because it had the longest term tuition agreement with the town.  This year, Sullivan said the new ten year tuition contract with Pinkerton is the longer one, so it should go to Pinkerton.  The absence of a long term agreement with Manchester was an issue in the discussion.  While a motion by board member Phil Denbow to designate Pinkerton as the school of record until further notice passed the board, re-designating Manchester as the school of record following the adoption of a long term agreement was preserved as an option.

The board also increased by three hundred dollars the amount of money it will pay for students who attend Londonderry, Pembroke and Bow high schools for the oh sixteen/seventeen school year.  Folks choosing those schools will get eleven thousand dollars from the town toward those schools’ tuitions.

Fallout from Mayor Ted Gatsas’ veto of the Manchester Education Association’s contract has been interesting.  After we went off the air yesterday, Ward One Alderman and mayoral candidate Joyce Craig issued a statement denouncing the veto, saying it was an example of the mayor holding the city back.  Said Craig, quote: “…the Mayor failed to provide any good reason for his veto other than his poor arithmetic which he failed to share with anyone else prior to the meeting.”  I guess she missed the part where Finance Officer Bill Sanders said he wouldn’t dispute the mayor’s math.  Anyway, mayoral candidate Jawed “Alibaba” Shaikh, sent an email to supporters saying Gatsas should be vetoed by voters and asked quote “Why are there insufficient funds for approving increased funds for education, and where have these elected officials been for the past three years?”

In a related story, incoming Manchester Education Association President Sue Ellen Hannan told Girard at Large in an interview that there would be no Memorandum of Understanding with the district to implement the so called hours calendar that was popular with teachers and parents given the impasse and that a Work To Rule action, which she referred to as quote “working to letter of the contract,” would be discussed with the union’s executive board.

Democratic State Senator Donna Soucy, who’s been around City Hall a whole lot since the campaign season officially started, sent a tweet yesterday, retweeted by Craig, that said quote “So sad 4 students, teachers & taxpayers of Manchester that the Mayor vetoed the MEA contract.  Expect a rough 1st day of school!”

Why should we expect a “rough day,” senator?  Are the teachers not professionals? 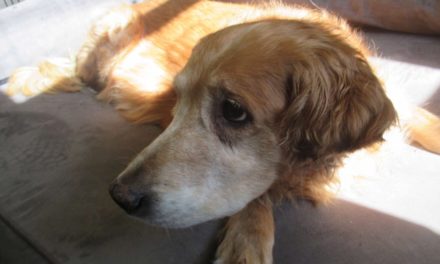