Thank you for presenting your Statement of Principles and requesting my support.  As the father of five, I am obviously interested in how best to educate children and know from my own experience that each child is unique in their abilities and in how they learn.

While I would like to sign your Statement of Principles, I find myself with more questions than answers, assertions without reference, a school district that has struggled for years with its existing pre-school program, the questionable results of the Head Start program nationwide and the opinions and analyses of many experts that don’t agree with the solutions proposed by your organization to the issues raised.

Inasmuch as I am a lifelong resident of Manchester and have been intimately involved in its politics and government for a quarter of a century, I am well aware of its current demographics and how they came about.  I recognize this provides the city with a set of challenges in need of resolution, but cannot, at this time, conclude that the expansion of pre-school is the answer.  At a minimum, I would want to see what, if any data, the city had on the effectiveness of its current programs before agreeing they should be expanded to cover those who are not currently eligible.

As Chris well knows, the city’s current pre-school program has a number of unresolved issues, not the least of which is where it should be housed.  One thing I would like to see, and one thing I am pledged to advocate for, is the adoption of recommendations made in 2007 as the district considered what to do with West High after Bedford’s students left the school.  That report, which former Superintendent Dr. Thomas Brennan urged the board to revisit before he retired three years ago, recommended a complete grade realignment of the schools on the West Side, to include pre-K through 3 in the three K through 5 elementary schools, the creation of an upper elementary school with grades 4 through 6 at Parkside and the transfer of grades 7 and 8 to West.

Were the configurations to prove meritorious, especially in the pre-K through 3 schools, I would certainly be open to expanding the availability of pre-K classes.  While I realize that the current pre-school program is for developmentally disabled children, I think that if we can see improvements in education from that grade reconfiguration, it would speak to the possibilities of expanding the program.

Many of the principles presented in your request for commitment seem to have as their premise the inability or unwillingness of parents to ready their children for school.  It’s not a premise I necessarily dispute, so for the purpose of what I’m going to propose, I’ll concede it as true.  In my mind, this begs the question as to whether or not expanding the role and responsibilities of the schools is the best answer.

To be sure, there will always be derelict parents and the schools should be available to assist their children.  That said, what about those parents who want to do better and don’t know how?  Rather than simply expanding pre-school programs on a massive scale, I think the district should investigate what it can do to identify and assist those parents who want to do better.  Parenting classes and other outreach could be part of the mix, and should be, if the goal is to instill a lifelong love of learning in children.  Without parents as active partners over a child’s educational lifetime, this will all fall on the schools.  Wherever possible, parents should be enabled as partners in their children’s education, not overlooked, especially because of their financial, ethnic, religious or racial status.

Two of my three older children attended pre-K and Kindergarten classes offered by a local church.  It was three days a week for a half day and it was a choice we made after looking at several different programs.  They loved it and so did we.  The third child attended the same pre-K as her older siblings, which she loved, but went to a full day, full week Kindergarten where our older two kids went to elementary school.  That wasn’t a great experience for child number three and we weren’t happy with that choice.

I bring this up because I worry that a district wide pre-school is likely to do two things:  First, be a “one size fits all” program that will serve the needs of some, but not of others; second, reduce choices in the marketplace for parents like us who are inclined to “do something,” but who won’t want  “the school district thing.”  The more pre-K kids the private market loses to a public program, the fewer private offerings there will be, leaving parents who want choices without them.  Because of this, I would want to see any district program narrowly focused to prevent its entry as an unbeatable competitor into the marketplace.  Manchester is home to many fantastic pre-school programs that employ a whole lot of people and contribute significantly to the city’s economy.  As a policy maker and a parent of pre-school aged children, I would want to take care not to threaten those private providers.

Finally, as an advocate for local control, I would be remiss if I did not share that I am somewhat troubled by the targeting of our local races for school board and aldermen by your sponsoring, Washington, DC based PAC, Save the Children Action Network.  By targeting these races in just three states, IA, NH and SC, the three early presidential states, it would appear as if this effort is more of an attempt by the PAC to drive its national agenda into local communities rather than address a need in those communities.  Therefore, the pledge I will make to you is no different than the pledge I make to the people of Manchester:  To make the very best decisions I can, in light of all the available information, to allocate scarce resources among competing priorities in furtherance of educating the children of this great city.

In summary, while I am not opposed to considering the expansion of early childhood education programs, there is much that needs to be answered and done before the best way(s) forward are identified and considered.

With appreciation for your inquiry, an open mind and willingness to enter into a dialogue should I be elected and a request that my complete answer be uploaded to your Web site, I remain 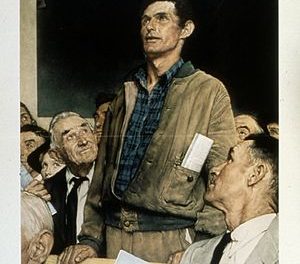 Balke presentation on the purchase of Villa Augustina