Governor needs to set clear goals and work constructively during special session on heroin epidemic
EXETER, NH – Today, Executive Councilor Chris Sununu, Republican candidate for governor, reluctantly voted to call for a special session of the legislature. In doing so, he offered the following remarks:

“The heroin crisis is reaching epidemic proportions in New Hampshire. The death toll from overdoses continues to rise, families are being torn apart by this affliction, and communities struggle to find solutions and relief.

“I voted today to support a special session of the legislature to find a clear path forward to deal with heroin’s impact on our state, but I remain frustrated with the governor’s unpreparedness and the slow pace at which her office has responded to this crisis. Still today, even with the call for a special session, it’s woefully apparent that the governor’s office has no plan. What was Maggie Hassan doing for the past six months while stakeholders and the legislature were looking for partners in this fight?
“It is my hope that during a special session, the Governor will cooperate with legislative leadership to coordinate the state’s resources and efforts to effectively and quickly take meaningful steps in curbing the scourge of heroin. And, it’s extremely important to set clear goals for the special session at the outset to ensure its success.
“The state was the recipient of a $12 million grant, of which the governor and her hand-picked drug czar were unaware. Now, months later, there is still no plan for how that money will be allocated and put to use. There must be a plan for these resources, and the governor and legislature need to work together on it.
“The special session will benefit from stakeholder input and a sharing of ideas with those on the frontlines of this issue. Unlike her budget veto, the governor cannot waste time drawing arbitrary lines in the sand during this special session. This requires constructive dialogue and concrete measures, not arbitrary rules that won’t fix the problem.
“We’ve already seen how Maggie Hassan ignored doctors on the core issues of opioid addiction, and created a set of rules behind closed doors to punish doctors prescribing medications. Now, she’s in the strange position of having political fights with physicians and the treatment community instead of engaging them on best practices and the appropriate next steps. Indeed, the Medical Society, recovery experts, and elected officials are calling for her drug czar to resign due to an inability to understand the frontline concerns of treatment and recovery.
“There was a need and opportunity to address these issues over the past several months instead of taking this last minute approach. I don’t understand why it has taken this long for the governor’s office to appreciate the scope of the problem. Legislative leaders have expressed a desire and willingness to work with the governor to solve this issue. Moving forward, it will be incumbent upon Maggie Hassan to set a clear agenda and to work in a collaborative way with the legislature. The problem is too great, and we need to put people and communities ahead of politics.” 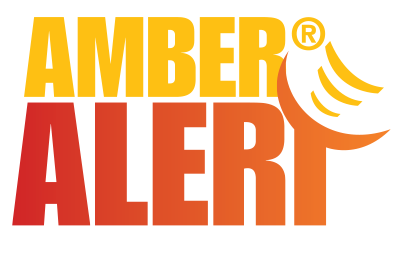