Many parents are angry about the Common Core State Standards (CCSS) and the Smarter Balanced Assessment (SBA).   This new federal reform in education has been thrust upon their schools and now their children.   Schools across New Hampshire began buying new materials and developing new curriculum that aligns to the Common Core Standards back in 2010.

A few years ago legislators began hearing from parents who had no idea what had happened, only that their children were now required to do home-work that didn’t make any sense to them.

When parents began uncovering the numerous problems with the standards, assessments, curriculum, data-collection, and the dumbed down workforce skills (Competencies), they began showing up at hearings and telling their elected representatives, it wasn’t working.

Parents started connecting with each other and web sites began popping up.   Face book pages were added while petitions gathered names of parents who wanted to voice their opposition to this new federal education reform.

New Hampshire parents came to the Legislative Office Building to testify on how the Common Core reforms were hurting their children’s education.  But in spite of all of these efforts, they were learning that the majority wouldn’t listen.

Not only were their voices going ignored by Governor Hassan, legislators and bureaucrats, they were disparaged by Commissioner Virginia Barry and others like Representative Mel Myler (D) who were tired of hearing from them.

So it didn’t surprise me when these same parents walked away feeling defeated and faced with a new dilemma.  What do they do with their children now?

Many of the parents who attended the hearings in the past have moved on.  They’ve pulled their kids out of the public schools and either sent them to a private, charter or began home-schooling them.  Many who watched this exodus had warned this would be the result.  Some of them even warned that this was the purpose of Common Core to begin with.  A way to privatize and move children out of the locally controlled public school.

I saw a recent post on social media by another New Hampshire family of a letter sent to their school administrators notifying them that they’d be removing their children from the public school based the Common Core reforms.

I asked if I could post it on this blog and with their permission, I am going to post it here.  I am removing the names of their children but they agreed to leave their names attached.

This is an example of what is going on across New Hampshire and across the United States.  School enrollment numbers are dropping in NH and the number of home-schooling families is rising.

Will this be the legacy of the Common Core proponents in New Hampshire?  It sure looks that way:

It is with deep thought and great sadness that we have decided to pull our children (***, ***, ***) from the Merrimack Valley School District to homeschool them. We feel the District’s use of the Common Core Standards do not provide the caliber of education that we would expect and our children deserve. In addition, the data mining (and now potential behavioral analysis via audio/video recording) going on in the name of the almighty dollar is disturbing and we wish to protect our children from that. Attached is a formal letter stating our intent for their files. Their last day will be December 22, 2015. Please send each child home with all of their belongings and any finished and/or unfinished work as you see fit.

It is our understanding that as taxpayers, we still have access to sports and other activities/classes such as the “specials” offered at the schools. Once we get settled and into a routine, we will look into this further to see what classes we would like to supplement with and will be in contact.

Ann Marie Banfield is a volunteer with Cornerstone Policy Research.  She is serving as their Education Liaison and focusing on parental rights, literacy and academic excellence.

She can be reached at abanfield@nhcornerstone.org 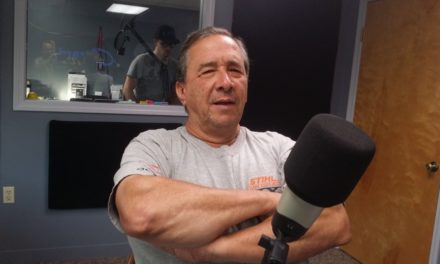