New Hampshire schools are now implementing another part of the Obama redesign in public education, Competency Based Education(CBE). CBE is another rehashing of the old failed Outcome Based Education (OBE) fad.

Obama’s U.S. Department of Education has committed to redesigning public education away from a focus on academics (Liberal Arts) to a dumbed down workforce training model.

Most parents have already discovered that the Common Core State Standards (CCSS) are empty dumbed down skills and standards, but many do not know what this entire redesign means to their public schools or their child’s academic education.

Heidi Sampson, State Board of Education member in Maine, sent every legislator in New Hampshire a detailed critique of CBE and why NH would be making a big mistake implementing the failed fad.

As CBE exposes itself to parents, they are quickly discovering the numerous problems that plagued OBE in the past.  From the shifting of focus away from solid academics to empty skills, to a new and confusing grading system, parents and local school board members are beginning to see more unraveling in their local schools.

It reminds me of the time when I ran into Fred at a hearing in Concord with legislators and mentioned the numerous problems with CBE.  He blamed the improper implementation.  If I had a dollar for every time I’ve heard a “consultant” say, “if it was just implemented properly,” I’d be rich!

It’s not the implementation Fred, it’s the shift away from a focus on academics to dumbed down workforce training!

This is workforce development and it’s based on the old SCANS report that was used years ago to justify a shift to Outcome Based Education. It didn’t work well in the 90’s and it’s not working well today.

More information is coming out about Competency Based Ed. and the history of its failure. Whatever name they dream up, the failed fad continues.

In this recent article by Peter Greene, he exposes the history of OBE and it’s similarities to CBE.  Teachers remember going through the OBE fad years ago, so when they see CBE being rolled out again, they can identify the numerous failures that will follow.

Why is no one asking how students passed their competencies yet more than half of New Hampshire high school students are still not considered proficient on standardized testing?

As Greene notes in his article, “OBE was also vulnerable because there wasn’t a lick of evidence or research to indicate that it actually worked. And because it was focused on locally-selected objectives that could be met in a variety of ways, there wasn’t even any way to tell if it was working at all.”

In other words, your guinea pigs, I mean your children, are once again being subjected to more experimentation with no evidence it works.  When they graduate with a diploma, what will that mean?  Do you dare to ask that question?

Greene also says, “Opponents were also taken aback by the electronic portfolio. OBE demanded a portfolio system in which the many and varied objective-meeting projects of students could be gathered, but then some computer-enamored mook decided that an electronic portfolio, that could be stored in perpetuity and could follow the students anywhere– that would be cool! Is any of this starting to sound vaguely familiar?”

Workforce development brought to us by the central planners, demands a lot of personal information on your children.  This is why privacy proponents are up in arms over the amount of data that is now being collected on children.

Opponents of this massive redesign in public education have been warning about the misuse of this data.  Where will this information go?  Researchers? Vendors? The Government Data-base?  Colleges?  FUTURE EMPLOYERS?

With the gutting of FERPA (Family Educational Rights and Privacy Act) by the Obama Administration, information on your children can leave the school without your knowledge or consent.

As the state builds a profile on your children, will this information harm them in the future?

In this article, we can see the data-mining through digital merit badges, “The district is planning to introduce the online credentialing system to 19 APS schools this fall and to all schools by 2016. The badges, which students earn by demonstrating skills in the areas of collaboration, critical thinking, information literacy, invention and self-direction, are displayed online through student profiles. The idea is that colleges and employers could then access the profiles to see students’ skills when making hiring and admissions decisions.”

This is exactly what privacy experts have been warning about since OBE began decades ago.

I have personally heard from teachers in New Hampshire who’ve been concerned about the subjective data on their students’ behaviors that they are now required to put into the data-base.  I’ve heard from teachers who’ve pulled their own children out of the public schools because of their own concerns for the lack of privacy protections.

Teachers in the past would send home report cards with letter grades.  Parents could see if their children mastered the academic content.  Teachers would also add comments on the child’s behavior and attitudes.  This kind of information would help the parents understand if their child was giving their best effort or if they needed to work on improving their effort in the classroom.

This kind of communication between the teacher and the parents helped them talk to their children in an effort to work together to help that child improve.

This new shift to workforce training is no longer about helping the child academically or work to improve on their study skills.  It is a shift to collecting data on their behaviors and attitudes so future employers and colleges can then analyze them.

Is this what we want for our children?  Is this an invasion of privacy that can follow a person for the rest of their life?  Is it any wonder that parents are refusing to let their children take the Smarter Balanced Assessment or the new SATs starting in 2016?  Parents be WARNED, the next set of “competency based” data collecting assessments will be the PACE assessments.  These are already being piloted in several schools in New Hampshire.

As this newest reform in public education continues to proceed in New Hampshire, parents need to be aware of, not only the problems with the Common Core State Standards, but the entire reform including Competency Based Ed.
Only then can they look at ways to avoid potential problems in the future. 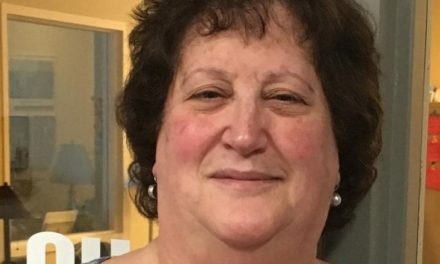