Note: The UL refused to print this op-ed under Local Voices, but does print pieces from people representing the World Health Organization.

The United Nations Wants to Shape Your Town’s Master Plan
How “Public-Private-Partnerships” are taking away your voice.

The United Nations has a huge agenda for the world. It’s called “Sustainable Development Goals” (formerly named Millennium Development Goals). These goals are openly espoused by our US State Dept. This kind of “global governance” is in direct conflict with our US Constitution. Whatever happened to the sovereignty of our nation?

This agenda has trickled down to local governments by way of unelected Regional Councils, who often partner with more innocent-sounding non-governmental organizations associated with the UN such as the AARP.

Most towns in NH have what is called a “Master Plan”. It is a sort of wish list or projection for what towns would like to see accomplished in the future. But it has become more than just a list of repair and improvement projects. Lately it is more of a reflection of what the United Nations would like to do to shape towns and cities into their utopian vision of “human settlements”, with an agenda that does not favor the ownership of cars or single family homes.

NH’s Regional Planning Commissions (RPCs), mostly unelected regional councils, take orders directly from the American Planning Association, yet another NGO that patterns its agenda directly from the UN’s SDGs. The RPCs are partnering with the AARP in a program that seeks to make NH towns more ‘senior friendly’, or so it says. But if you’ve seen the survey, it goes much further than seniors. Peruse the Bedford Survey to see the ridiculous, unwanted and unneeded suggestions. Most of these suggestions would increase your taxes, and forever change the rural flavor of the town. (Don’t take the survey if you are not from Bedford, but you may look at it to see the questions)

Alton and Rindge have seen the folly of unelected boards and have since banished the Regional Planners from their midst. But RPCs are still an insidious influence most everywhere in NH.

Goffstown, Portsmouth, and now Bedford are participating in this AARP (UN/WHO) program. The AARP reports that “226 communities (and counting), from Texas to Michigan, from Honolulu to Washington, D.C.” have, the site boasts. We wonder how many would approve if they knew who was behind it all?

In typical fashion, the UN has instituted a system of accountability. “Participation in the network involves following a multi-step process of improvement. A link to the community’s age-friendly action plan has been added to this list if the town or city has reached Step 2 of the improvement process,” says the AARP website.

While we understand the growing need for towns and cities to be ‘senior’ friendly, we don’t understand why the UN or the WHO should be involved. They are after all, NGOs that are far removed from local government.

In summary, the World Health Organization, an NGO associated with the United Nations, is soliciting towns in NH to sign up for the associated AARP Network of Age-Friendly Communities program. In a letter to group leaders in Bedford, the Bedford Planning Board has asked these surveys to be disseminated. Once again keep in mind that our Planning Board takes its orders directly from the American Planning Association, another non-governmental organization that promotes the UN’s goals and agenda.

Bottom line: What gives the right to these NGOs; the United Nations, the World Health Organization, the American Planning Association, and AARP, to influence your town’s Master Plan under cover of our partnership with unelected Regional Councils?

“It’s all voluntary!” the naysayers will shout. If so, tell them to stop volunteering for things for which YOU NEVER VOTED.

Related article from April 7: Know Your Programs and Who is Behind Them 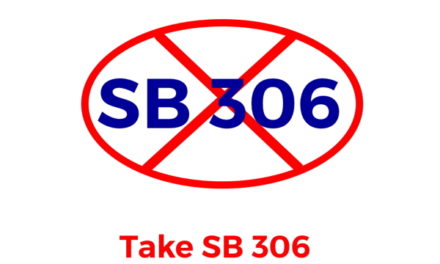