This article submitted by our Super Secret Citizen Journalist deep in the heart of Goffstown.  Would you like to be a citizen journalist for Girard at Large, super secret or otherwise?  Contact us!

An attempted coup by the Board of Selectman was thwarted Monday night (January 18th) as the Sewer Commission fought for the right to continue to protect the interests of those who utilize the town sewer system and assure the funds collected are expended prudently and appropriately.  The Board intended to abolish the Sewer Commission and absorb the sewer fund, approximately 2.5 million dollars, into the operating budget of the Department of Public Works through the warrant article process.  Preparations to accomplish this had been going on behind the scene in Town Hall for some time without the Board of Selectman notifying the Sewer Commission of their intentions.

Amid the debate, Scott Gross and Peter Georgantas threw the words inefficient and inefficiencies at the Commissioners so many times I lost count.  One Commissioner, Cathy Whooten, was outright insulted by Peter Georgantas, who enthusiastically advised her she was not qualified for the job.  Given she has been elected to serve on more than one board multiple times, it would appear the majority of taxpaying voters disagree and greatly appreciate her dedication to serving the residents of this town.  For this remark, Peter Georgantas owes Cathy Whooten a public apology – one that should be issued just as enthusiastically as his insult was hurled.

What the Sewer Commissioners voluntarily provide in knowledge and expertise are enjoyed by those of us who pay for the sewer system at no cost whatsoever.   Selectman Alan Brown voiced his opposition to this action and made a valid point that without these Commissioners we will need to expend taxpayer dollars to fill in the gaps.  Whether we bring in outside consultants or permanently hire specialized engineers, it will be an added financial burden on the town, which inevitably results in higher taxes.

Peter Georgantas brought the meeting to an abrupt halt when Cathy Whooten asked the Board for a list of these inefficiencies to which he and Scott Gross had continually referred without providing any specifics.  Apparently, he didn’t want to admit there was no list.  After all, why would there be?  This was never about any inefficiency on the part of the Sewer Commission.  It was all about the money.

The Board of Selectman held a private session immediately after the Commissioners were dismissed.  While we will never know what they discussed regarding this issue, the minutes indicate the end result was a vote to shelve Warrant Article #24.  However, I would keep my eyes open and my ears to the ground relative to this issue as well as the warrant article process in general.  I don’t think we’ve seen the last of this type of maneuver.   As the old saying goes – what’s past is prologue.

If you want to watch the meeting, which I would urge you to do, the debate begins approximately 31 minutes in, right after the public hearing.  Here’s the link: 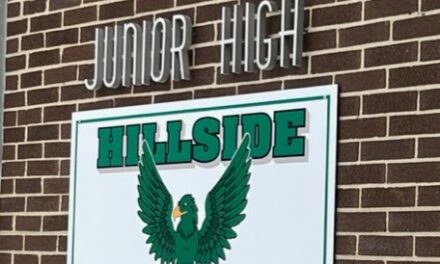 McCafferty’s protected and enabled “Reign of Terror” at Hillside