Manchester Fire Chief James Burkush is calling it a career, sort of.  After thirty nine years on the job in the Queen City, Burkush will retire the Manchester Fire Department’s big hat so that on May first he can take the reigns as Hooksett’s new fire chief.

In an arrangement Hooksett Town Manager Dean Shankle described as quote unquote “somewhat unusual,” Burkush will work thirty hours per week for ninety nine thousand dollars a year, without benefits, under the terms of a three year contract.  Because he will collect his pension from the New Hampshire Retirement System, which will start at about one hundred forty thousand dollars per year, the number of hours he can work is restricted.  Burkush is expected to obtain his health insurance through the retirement system. 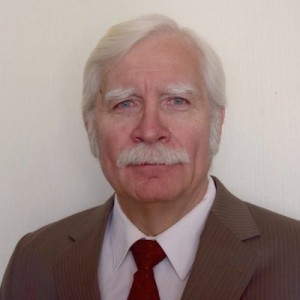 In a statement issued yesterday, Shankle said the arrangement was quote unquote “a good deal” for the town providing it with quote “a highly respected and experienced Chief for 3/4 of the normal time for about 3/4 of what we would need to pay for someone else.”

In an interview with Girard at Large, Burkush said town officials asked him to consider the job after failing to find acceptable candidates.  He had been part of the town’s effort to screen applicants for the position and that town officials asked him to consider being their chief in November.  Burkush said it was a tough decision as he wanted to put a full forty years in with Manchester before retiring, but he ultimately decided it was too good an offer to turn down.  Money aside, the town’s contemplating expanding the department and otherwise coping with the challenges that come from the town’s rapid growth, particularly in commercial properties, and the need to deliver services more efficiently.

Burkush told Girard at Large he will continue to live in Manchester and be involved in the community, saying he intends to run for alderman in Ward Nine when incumbent Alderman Barbara Shaw decides to retire the seat. 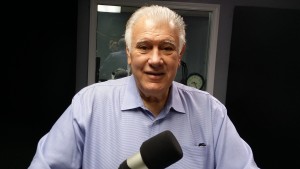 Gatsas: Hopes to hire from within

Mayor Ted Gatsas commended Burkush for his long and dedicated service to the city in an interview with Girard at Large.  He said he understood that after thrity nine years with the city, Burkush was doing what he thought was best for him and congratulated him on his new position.  Gatsas will soon begin the search for a replacement, saying the position will first be posted internally to see if there are interested and qualified applicants.  If not, it will be posted publicly.  He expects to have a new chief named by the time Burkush officially steps down.

We’ve published the town’s press release on Girard at Large dot com and linked to it from this news read for your convenience.

Education advocates are crying foul over testimony presented to the House Education Committee by the New Hampshire School Boards Association yesterday on H B 12 31, which would require school districts provide advance notice to parents and legal guardians of course material involving discussion of human sexuality or human sexual education.  The bill, sponsored by State Rep. Victoria Sullivan, Republican from Manchester’s Ward Nine, is identical to a bill she introduced last year which passed the General Court only to be vetoed by Governor Margaret Wood Hassan. 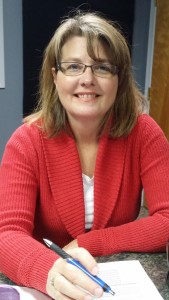 In an article published on Oh My BLOG! at Girard at Large dot com, Cornerstone Action Education Liaison Ann Marie Banfield hammered N H S B A lobbyist Dean Michener for opposing the bill on the grounds that local districts know best how to handle notifying parents of the touchy topic.  Seems Michener was nowhere to be found when S B 3 6 9 was being rammed through the legislature.  That was District Twenty Four State Senator Nancy Stiles‘ bill to force local school districts to provide annual drug and alcohol education beginning with five year olds in Kindergarten. 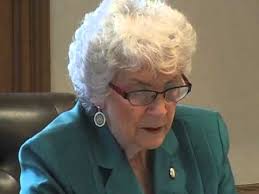 Banfield questions how it is that the School Boards Association can lobby against parental rights bills when they are entirely funded by those parents’ tax dollars.  In doing so, she raised a rather graphic health lesson taught at Portsmouth High which we won’t share in this news read but you can read about in the article.  Suffice to say, it makes the point as to why parents should be notified in advance of such things happening to determine whether or not it’s appropriate for their child.  We’ve linked to it from this news read and strongly suggest you give it a read.  This is legislation that is long overdue.

The Goffstown Police Department released a statement yesterday cautioning anyone who has used a credit or debit card to purchase gas at the Irving Circle K gas station at 2 7 7 Mast Road.  A service technician performing maintenance on a gas pump found a card reader inside the pump and the Goffstown Police determined it was a homemade credit card skimming device connected to the card reader.  The department is urging anyone who has used this Irving gas station to check their credit card or bank statements for any inexplicable transactions.  This investigation is ongoing and anyone with information regarding this case is asked to call Goffstown Police at 4 9 7 4 8 5 8.

The Manchester Historic Association announced yesterday that a new exhibit titled Manchester, the Primary and the Presidency is available from now until February 20 in the Millyard Museum.  The exhibit features over one hundred images of former presidents and presidential candidates during visits and campaign stops in Manchester throughout the years.  The exhibit includes candidates from all parties including but not limited to Kennedy, Nixon, Carter, Ford, Reagan, Bush, and the current occupant of the White House.

Finally, this morning, our condolences go out to the city of Concord and the family and friends of its former Mayor Martin Gross.  Gross passed away after suffering a stroke on a cruise ship making its way to Antarctica earlier this week.