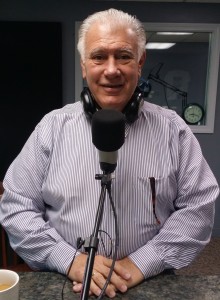 Gatsas: On a roll

The Manchester Board of Mayor and Aldermen had a pleasantly short public meeting last night.  It lasted about an hour before being recessed to discuss negotiations.  Among other things, the board received notice that the city had filed for Intervener Status at the Public Utilities Commission on the Northern Pass Project.  Mayor Ted Gatsas has pushed for the city to have an official seat at the table given that Queen City residents, businesses and government collectively are the largest power users in the state.

Fire Chief James Burkush gave an update on the installation of the city’s new five point eight five million dollar radio system.  The upgrade will not only replace the current twenty year old equipment, it will dramatically improve service coverage and enable different departments to talk to one another directly.  Burkush credited Gatsas with negotiating the deal which includes a ten year warranty and significantly lower cost.  He has a habit of doing that, doesn’t he.  Anyway, among the potential benefits of the project is the potential use of a newly constructed one hundred sixty foot tower on Hackett Hill by cell phone companies, which would provide the city with revenue.

The board also approved the Master Services Agreements with Secova, the company that will undertake an audit of the heath and dental programs for the city and school district to ensure that only eligible dependents are covered by employee plans.

And, in his monthly financial update, Finance Officer Bill Sanders provided very hopeful projections showing the city with a potential surplus of nearly one point nine million dollars.  Auto registrations, which are running three quarters of a million dollars ahead of projections, coupled with a light winter and yet to be expended funds in debt service, contingency, and severance are the primary drivers of the numbers, which can and will change as more employees announce their retirement or Old Man Winter decides to visit.

City Clerk Matthew Normand, in a discussion over last week’s elections, broached the idea of using electronic voter checklists at the polling places to better process lines of voters and reduce voter fraud.  We’ll keep an eye on that one, just so you know.  Inasmuch as the city registered nearly six thousand people at the polls last Tuesday, nearly fifteen percent of all those who voted in the city, Normand urged people to come to City Hall in advance of elections as a way of reducing lines at the polls.

The Manchester School District’s “Extended Learning Opportunity” program has an immediate need for an “E L O Coordinator” to serve Memorial High School.  The post provides 29 hours per week at $25 per hour and is tasked with guiding school and community partner-based efforts that include recruitment, coordination and marketing functions at Memorial, as well as community partner support and development across the community.  The post is an at-will position of the school district, is without benefits and follows the school year’s 36 week calendar, although hopes are high to provide elective hours over the summer, as the district moves to “extend” extended learning beyond the school year.  We’ve linked to the district’s on line description of the position and the application from this news read at Girard at Large dot come for your convenience.  Should you have any questions about the position, please contact Gary Hunter at g hunter at m a n s d dot org

H B 16 96 is perhaps the most critical bill before the New Hampshire Legislature this year.  That’s the one that will reauthorize the state’s Expanded Medicaid Program.  A public hearing on this bill will be held by the House Finance Committee this morning in rooms 210 and 211 of the Legislative Office Building beginning at ten.  The Coalition of New Hampshire Taxpayers is hoping people will be able to go to Concord and testify against the bill, and if not, to email the committee to express that opposition.  We’ve linked to the committee’s Web page from this news read at Girard at Large dot com.

In an email blast to its members, C N H T writes quote

“If Medicaid Expansion becomes further entrenched in New Hampshire, it will most certainly lead to the addition of another broad-based tax, such as a sales or income tax.  The federal money currently supporting it will gradually dry up, and the strain on the state’s budget will be too excessive for the General Fund to bear.”

They’ve provide the public with a series of information points about the bill that can be used in communications with legislators.  We’ve linked to them from this news read at Girard at Large dot com.

Manchester: No trash or recycling today, but kids are going to school.

The town of Milford Fire Department has issued a snow removal parking ban.  It will remain in effect until further notice.  You can check on its status by visiting the town’s Web site at milford dot n h dot gov.

Bryfonski:  The effect of drugs

The Bedford Police Department arrested a man for burglary on Saturday afternoon at about two fifteen.  They received a call that a suspicious man wearing a green jacket had run through the woods behind a house on Forest Drive.  While driving to investigate, police received an additional report from the caller stating the man had a black backpack and was on Southgate Drive.  An officer found the man, forty three year old Brian Watts of Amherst, walking down the driveway of a residence.  Bedford Police Chief John Bryfonski said,

“It appears that this man has been battling an opioid addiction.  This is, unfortunately, an example of the negative effects drug addiction can have on a community.  I would like to applaud the citizen who noticed suspicious activity and immediately contacted police.”