Governor Christopher Sununu announced a proposal to add five state troopers toNew Hampshire’s State Police for the sole purpose of cutting the supply of drugs crossing the border from Massachusetts.  The new cops would work with Bay State staties to interdict cross border drug traffic.  (Memo to Lawrence Mayor Daniel Rivera and other conspiracy nuts, this is not the first step toward a Declaration of War that will challenge the Bay State’s sovereignty because you refuse to honor the law to be a Sanctuary City.)  Anyway, while Mayor Rivera is bound to be unhappy with the announcement, Senate Majority Leader Jeb Bradley, Republican of-Wolfeboro, issued a statement praising the move.  Said Bradley, quote:

The goal is to dramatically cut the supply of opioids and fentanyl reaching New Hampshire communities at the border while sending a strong message to drug dealers that New Hampshire is serious about ending the heroin crisis and they are not welcome here. 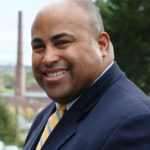 Sununu is also backing a two point four million dollar expansion of Granite Hammer, which basically funds police and state lab overtime to enforce drug laws.  Bradley said the program’s expansion would be an amendment to the legislation adding the troopers.  Bradley claimed Granite Hammer had removed 2 3 4 heroin and fentanyl dealers from the streets since beginning last June.  We’re not sure about that, actually, but we’ll concede that’s its purpose. 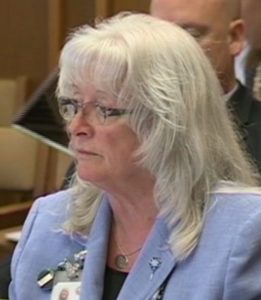 In response to a published report of mass closures of open child protection assessments in February of 2 0 1 6 at the Department of Health and Human Services, Division of Children, Youth and Families, Governor Chris Sununu, essentially fired the division’s director Lorraine Bartlett.  The Concord Monitor published a report saying that Bartlett ordered the closure of more than fifteen hundred open cases over a weekend shortly after Commissioner Jeffrey Meyers was confirmed. 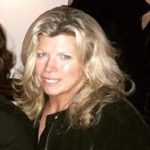 In announcing the appointment of Maureen Ryan as Interim Director of D C Y F, pending the outcome of a national search for a replacement, Sununu and Meyers issued a statement in which Sununu said quote:

After learning of these actions taken under the previous administration, Commissioner Meyers and I took immediate steps to address our serious concerns.  Effective today, the Division Director has been placed on administrative leave…we are evaluating the possibility of utilizing outside counsel to thoroughly examine this issue to determine where the system broke down and more importantly, review the status all 1,520 assessment closures and determine whether any should be re-opened.

Myers said he was unaware of Bartlett’s actions and that the closure of these cases quote:

was not undertaken consistent with best practices or in accordance with established D C Y F policies and procedures.

Let’s hope they get that situation straightened out soon.  It’s been bad up there for a really long time. 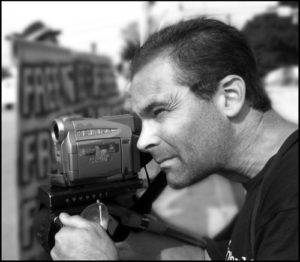 Dave Ridley, a self proclaimed “Ambush Journalist,” was tossed out of a public meeting of Division One of the New Hampshire House Finance Committee by the ChairLynn Ober, Republican state rep. from Hudson.  Ridley, who was doing little other than filming the committee’s public work session as it discussed the budget for the Department of Justice, was approached by security personnel multiple times saying that Ober wanted him to cease recording and that if he didn’t he’d have to leave.  When challenged, Ridley was told by the security officers that “”House rules” allowed committee chairs to impose such restrictions.  We’ve got the video of the encounter and have linked to it from this newscast at Girard at Large dot com.

Ridley will be our guest this morning in the seven o’clock hour to discuss Ober’s censorship.  Can’t think of a better way to celebrate Sunshine Week than to forbid cameras at public meetings, can you?

Note:  In this morning’s interview, Ridley said that a reporter from the Nashua Telegraph told him that Speaker Shawn Jasper’s Office said there was no such rule.  How ’bout that?

Manchester pulled its trash and recycling trucks from the road early yesterday.  The Department of Public Works said a limited number of residents were affected by the move.  Those who didn’t have their trash picked up yesterday as scheduled are asked to have their barrels out by the curb by seven this morning as they’ll be the first ones picked up today.  Any questions should be directed to the department by calling 6 2 4 6 4 4 4.

It took a while, but Goffstown joined the list of municipalities that declared a Snow Emergency yesterday.  It went into effect at Noon and will remain in place until further notice.