Bedford Police Chief John Bryfonski is asking the public, specifically female shoppers, to come forward if they used the changing rooms at Target on Monday, June 13th  from 11 a.m. to 12 p.m. or Wednesday, June 22nd from 8 to 9 p.m.

Anyone who was either at Target at the above dates and times or has any information regarding this case is asked to contact the department. Regardless of your party preference, which of the following Republican candidates would you be most likely to vote for in the November general election?

That’s the question asked in the latest W M U R Granite Poll that had the gubernatorial campaign of Senator Jeanie Forrester crowing in a press release issue yesterday.  Forrester campaign consultant Michael Dennehy claimed the poll showed the G O P nomination race boiling down to a three way contest between District Three Executive Councilor Chris Sununu who was chosen by 21-percent of the respondents, Manchester Mayor Ted Gatsas received 15-percent, Forrester who earned 10 and Wilton State Representative Frank Edleblut who was at two.

Five hundred and thirty-two randomly selected New Hampshire adults were interviewed by landline and cellular telephone between July 9th and July 18th for the poll.  Among its primary findings were that none of the candidates were particularity well known and the number one issue facing the state, by a long shot, is drug abuse.  Nonetheless, Dennehy said voters were responding favorably to Forrester’s conservative vision.  Quote

…the more (voters) learn about Chris Sununu’s and Ted Gatsas’ liberal records, the more momentum Jeanie will continue to build.”

Gatsas had the best favorable/unfavorable rating of the group at plus seven. Edelblut: Too early to tell

Edelblut’s campaign responded to Forrester’s contention that it was a three way race that didn’t include him noting their considerable success in straw polls around the state, saying that early polls don’t reflect election outcomes, especially when there hasn’t been any advertising by the candidates.

The Greater Derry Londonderry Chamber of Commerce is soliciting nominations for its  annual Citizen and Business of the Year awards and they’re asking for the public’s input.

The Citizen of the Year recognizes an individual in the Greater Derry Londonderry area who has made contributions in the areas volunteer service in the Chamber’s service area, which is Derry, Londonderry, Windham, Hampstead, Auburn, Atkinson, and Chester, accomplishments toward the betterment of the community, character, citizenship and civic leadership.

Said individual should live in the Greater Derry Londonderry area with activities centered in the same geographic area.  The individual does not have to be a Chamber member.

Likewise, the Business of the Year recognizes a business or organization in the Greater Derry Londonderry region that has demonstrated outstanding leadership, contributions to the growth of the business community, entrepreneurial spirit, business growth and development and dedication to community service.

And like the Citizen of the Year, the Business of the Year must be located within the Chamber’s service area.

All nominations must be submitted via the links we’ve provided with this news read at Girard at Large dot com by TUESDAY, SEPTEMBER 6th.  Please email any supporting documentation (news clips, biographical info, etc.) or questions to Chamber President Will Stewart at will@gdlchamber.org.

Both awards will be presented at the Greater Derry Londonderry Chamber of Commerce Annual Dinner. Baldasaro: Line her up!

Good times at yesterday’s Republican Convention in Cleveland at which State Representative Al Baldasaro, Republican from Londonderry, made headlines.  He’s in a bit of hot water after saying in a radio interview that Hillary Clinton quote “should be put in the firing line and shot for treason,” end quote over her handling of Benghazi, which led to the death of four Americans and the loss of our consulate.  Seems the Secret Service is looking into the matter.  Democrat leaders and the Clinton campaign are denouncing the comments.  State G O P Chair Jennifer Horn condemned Baldasaro as well.  Baldasaro has refused to retract the remark, saying execution is the penalty for treason and that Clinton should be put on trial.

In Cleveland: Flag burner torches himself

Also in Cleveland yesterday, police arrested seventeen protesters.  Apparently, things got out of hand at a flag burning protest when the person who lit the flag on fire also lit himself.  Seems he wasn’t too appreciative of police efforts to stop him from burning, setting at least two other people on fire as he struggled with the officers trying to help him.  Published news reports say Cleveland’s finest had to deploy pepper spray to bring things back to order.

Inside the convention hall, to the deafening jeers and boos of the assembled crowd, Texas Senator Ted Cruz refused to endorse the man who beat him in the primary, though he did congratulate Donald Trump on his win.  Instead Cruz called on Americans to vote their conscience up and down the ticket for those who would support the constitution. Indiana Governor Mike Pence, the vice presidential nominee, introduced himself in what, in my never to be humble opinion, was the best speech of the convention.  He showed himself to be an accomplished conservative leader who could dismantle his opponents with humor and the legendary politeness of the good folks who hail from the Mid West.  He served notice he was there to compete and help the ticket win, calling for unity on the many issues where differing factions disagree. 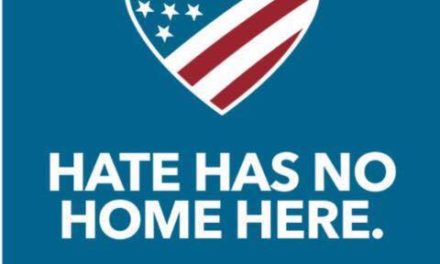