Speaker Jasper: Breaks the tie in favor of amendment

Almost seventy Republicans joined every Democrat in the New Hampshire House of Representatives to reauthorize the Expanded Medicaid program yesterday.  H B 16 96 passed on a Roll Call vote of two hundred sixteen to one hundred forty five.  However, before passing, the bill was stripped of critical provisions that bill sponsors said would protect the taxpayer.  Among the provisions of the original bill was a work requirement.  In order to be eligible for the program, program recipients either had to be working or prove they were actively looking for work.  That provision, however, would require approval by the feds.  The amendment passed yesterday would allow the program to continue if the feds refused to allow it or other changes requiring their approval.  House Speaker Shawn Jasper cast the tie breaking vote on the Roll Call to adopt the amendment.

Bradley: “Right thing to do”

Following the vote, Senate Majority Leader Jeb Bradley, Republican from Wolfeboro, issued a statement saying that supporting the bill was “the right thing to do” because the taxpayer funded program now covered forty eight thousand people, was providing help to those suffering with drug addiction and “if Federal funding falls short, the program will end.”  Funny thing is, this bill found a way to continue the program despite the federal funding shortfall that was supposed to cause the its termination in the first place.

The House also failed to pass C A C R 17, which would have asked the state’s voters to amend the constitution so that only a resident of the state may establish a domicile for the purpose of voting.  While a majority of those present and voting did vote in favor of the bill, it fell ninety one votes short of the two thirds majority required. A couple of key abortion bills also went down to defeat.  H B 13 28, which would have disallowed abortions after twenty weeks of pregnancy was defeated on a Roll Call vote of one hundred eighty two to one hundred forty four.  H B 13 99, which would have required outpatient abortion clinics to be licensed by the state, was also defeated on a Roll Call vote, two hundred three to one hundred twenty one.  So, abortion clinics remain the only unlicensed medical operations in the state.

Right to Know: Not…

Yesterday wasn’t a great day for the Right to Know in New Hampshire, either.  H B 14 17, which would have required public bodies to keep records of non-public meetings with their legal counsel or for negotiations and eventually disclose the minutes, was defeated on a Roll Call vote of one hundred eighty nine to one hundred thirty five.

We’ve linked to it all from this news read so you can go and take a look.  We’ve also linked to the summary of all the House’s actions yesterday, which is published at Girard at Large dot com.

The Manchester School District has released its official calendar for the 2016-2017 school year.  Missing from the calendar, however, were several Catholic Holy Days of Obligation that might cause students to be absent from school.  At-Large Committee Member Rich Girard asked about listing the days after seeing that several Muslim and Jewish holidays had been noted in the calendar.  Per the request of the administration, he submitted the dates, but they weren’t included in the final document.  Also missing was the date for next year’s S A T.  Ward Five School Board Member Lisa Freeman sent an email asking whether or not there will be a day off for non-test takers in the high schools, as was the case this year.  Freeman believes it the district is planning on giving the freshmen, sophomores, seniors and non-test taking juniors the day iff, it should be added to the calendar.

The hunt is on!

The Bartlett Elementary School on Mast Road in scenic Pinardville is hosting its annual Easter Bunny Breakfast this Saturday, March 12th.  The hearty breakfast will run from 8 to noon and its just 5 bucks.  Children under 3 are free.  Along with the breakfast, there is an epic Easter egg hunt for children up to the grade five.  Crafts and activities for children of all ages will be on hand and everybody will have the chance to meet the Easter Bunny.  The event is sponsored by the Bartlett School P T A, and the community is invited for a quote “fun and lively time” this Saturday.  Sounds like fun! 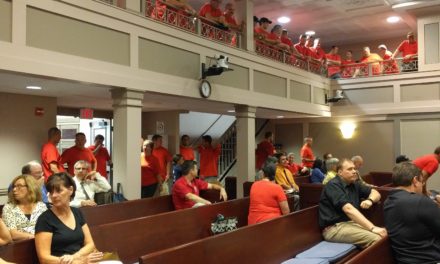