Guinta: Going to the border

In a letter sent to committee Chairman Hal Rogers (KY-05) and Ranking Member Nita Lowey (NY-17), the pair explained how over-prescribed legal opiate medication has devastated the state by leading patients to black markets for their pills and ultimately causes them to resort to heroin because it’s cheaper.

Guinta will travel to the Southern Border in April to investigate Mexican cartels smuggling heroin into the United States. 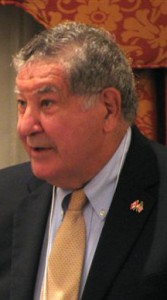 District Twenty Senator Lou D’Allesandro, Democrat from Manchester, will host two informational sessions on House Bill 1 6 9 6, the bill that reauthorized the Expanded Medicaid program in the state.  These meetings are open to the public and will not just include information about the program, but also a question and answer session.  The first meeting is scheduled for tomorrow night at 7 in Goffstown Town Hall and will feature Associate Health and Human Services Commissioner Mary Ann Cooney.  The second meeting is scheduled for April 13th at 7 P M in Manchester City Hall with Health and Human Services Commissioner Jeff Meyers.

Auburn School District Moderator Jim Tiller, Clerk Denise Royce, school board members Alan Villeneuve, Keith Leclair and Samatha Belcourt and Auburn Town Clerk Joanne Linxweiler all participated in a manual recount of the ballots cast in the school district’s election to determine whether or not Warrant Article Two, the proposed twenty three million dollar bond for the addition to and renovations of the Auburn Village School, passed or failed.  The recount verified that the article failed to get the required three fifths majority needed to pass.  The article fell seven votes short.

Candia’s Crime Wave continues unabated in the little hamlet to the East of Manchester.  It won’t be stopped because the town voted to send their kids to Pinkerton Academy either.  In the past month, the Candia Police Department reported it issued one hundred twenty five motor vehicle warnings and a whopping five motor vehicle summons.  They also arrested three people on charges of fraud, arson and disorderly conduct.  We just don’t know how anybody can stand to live in that crime riddled little town.  Oh My HEAD!

The Community Wellness Coalition of Bow and Dunbarton is screening “The Anonymous People” tomorrow evening.  The film is a feature documentary about the more than twenty-three million Americans living in long-term recovery from alcohol other drugs.  It shows the personal and societal value of recovery through the stories of people who speak about their lives after beating their addictions.  The fifty minute film will begin at five thirty in the Bow High School Auditorium.  It will be followed by a discussion afterwards.  Free food and babysitting will be provided.  The public is invited and welcome.

Rescue League: Ripped off and replenished

The Bedford Police Department is investigating the theft of dog and cat food from the Animal Rescue League on Sunday morning.  Anyone with information is asked to contact the Bedford P. D. at 4 7 2 5 1 1 3.  After word of the theft got out, donations totaling four times what was stolen were made.  We’ve linked to a photo album showcasing the donations at the Positively N H & Manchester Facebook group page from this news read at Girard at Large dot com.

Finally, this morning, it’s Holy Week for Christians around the world, except for Orthodox Christians who won’t celebrate Easter until May first.  The Most Reverend Peter A. Libasci, Bishop of Manchester released the schedule of celebrations open to the public at St. Joseph Cathedral in Manchester.

The bishop will be on hand for the celebrations, which started yesterday with the Palm Sunday Mass, commemorating Jesus’ arrival in Jerusalem.

Tomorrow evening at six, Libasci will celebrate the Chrism Mass, at which he will bless the oils used in the sacraments of Baptism, Confirmation, Ordination of Priests and Anointing of the Sick.  Priests will renew the promises made at their ordination. 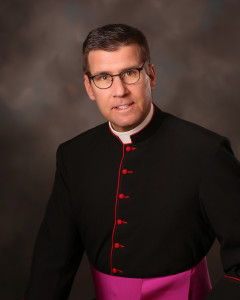 On Wednesday evening, Monsignor Anthony Frontiero, pastor of St. Joseph’s, will celebrate the Office of Tenebrae at seven thirty.  Tenebrae, which means “shadows,” includes scripture readings and the progressive extinguishing of fifteen candles that evokes the coming death of Christ.

On Holy Thursday, the bishop will lead Morning Prayer starting at eight in the Cathedral Chapel.  At seven that night, he will celebrate the Mass of the Lord’s Supper, which commemorates the institution of the priesthood and the Holy Eucharist.  The bishop will wash the feet of twelve individuals, recalling the actions of Jesus in the Gospel of John. 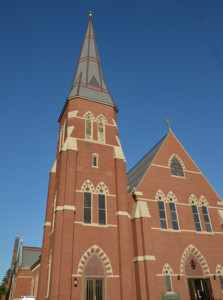 On Holy Saturday, Morning Prayer will again be led by the bishop in the Cathedral Chapel beginning at eight.  At eight that evening, Libasci will celebrate the Easter Vigil Mass, which celebrates the greatest of the Church’s solemnities.  He will bless a fire representing God’s glory, Catholics will renew their faith and those preparing to become Catholics are received into the Church.

Parishes across the state will similarly hold Holy Week observances, led by their pastors, so be sure to check their bulletins and Web sites for details.