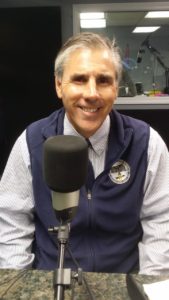 Due to extended dry conditions, which haven’t been experienced in nearly fifty years, the Manchester Water Works is suggesting its customers voluntarily restrict water usage.  Lake Massabesic’s surface and ground water levels are well below normal.  The Water Works says watering lawns and washing cars are two of the largest uses of water, so it’s asking people to limit those activities.  They say that indoor water use can be cut by twenty percent simply by turning off faucets while washing dishes and hands, only washing full loads of laundry and taking shorter showers, as well as replacing old shower heads, toilets, sink aerators, and washing machines with E P A WaterSense and Energy Star® certified products.  Repairing running toilets alone can save hundreds of gallons a day.  The Water Works also said, emphatically, that their water conservation request does NOT apply to those who rely on water for health and emergency purposes.  Water Works Director Phil Croasdale will be our guest to discuss the matter this morning. 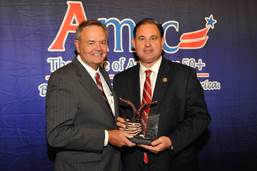 The Association of Mature American Citizens (AMAC) has awarded First District Congressman Frank Guinta, Republican from Manchester, its 2016 AMAC Award; one of only two awards the organization’s 1 point 3 million members present annually to members of Congress whose work to protect Social Security and Medicare stands out.  AMAC President and C E O Dan Weber presented Guinta with the honor last night at a capital reception, where nearly 200 guests attended the ceremony.  Weber praised Guinta for introducing H.R. 4 1 4 0 to get senior citizens an increase in their Social Security benefit after it was announced there would be no cost of living adjustment.  Guinta said his bipartisan SENIORS Act would cut wasteful federal spending to pay for the COLA included in the bill.

The Manchester Board of School Committee met last night and it was a relatively short meeting.  The board unanimously approved, subject to legal review, a contract with incoming Superintendent Bolgen Vargas, which runs through June of two thousand eighteen with the possibility of a one year extension.  Vargas will earn one hundred sixty five thousand dollars per year with pay raises tied to the city’s tax cap, any override of the cap notwithstanding.  Should he wish to leave the contract early, departure terms must be negotiated with and agreed to by the board.  Vargas also agreed to pay twenty five percent of his health insurance costs, which is significantly more than what is paid by any other employee of the district. 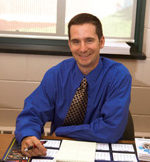 The board also referred the question of whether or not to restore the assistant principal position cut from Central High School during budget discussions, bringing the number of assistants to three for the school, which has about fifteen hundred fifty kids.  Central Principal John Vaccarezza pleaded with the board to restore the position during the public comment session, presenting a petition signed by faculty members. 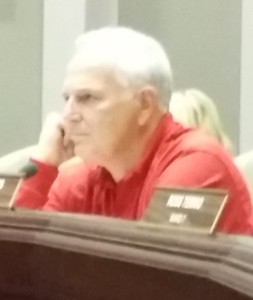 The need for the position was questioned, however.  Board Vice Chair Arthur Beaudry of Ward Nine noted that Memorial High School is the same size as Central and only has three assistant principals.  When Memorial had twenty three hundred kids, it had four assistant principals, but as enrollments fell, an assistant was removed.  He said that, despite losing nine hundred fewer kids over the same period of time, Central continued to have a fourth assistants principals.

Girard: Search for an interim solution

At-Large Committeeman Rich Girard questioned whether or not Central’s difficulties were a result of not having the fourth assistant or a unique set of circumstances that saw one of the assistant principals be promoted to another position and one go out, unexpectedly on medical leave.  He questioned whether or not an interim solution using a retired principal could be found to help until the situation stabilized. 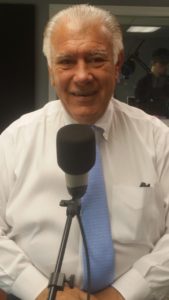 Gatsas: Where’s the money coming from?

In response to questions by Mayor Ted Gatsas, District Business Administrator Karen DeFrances said should be uncomfortable restoring the position as it’s not in the budget and the district already had to hire un-budgeted positions to bring elementary school class sizes down within state minimum standards.  The matter was referred to the Subcommittee on Finance for further investigation with the understanding that the district would act quickly to provide temporary help at Central. 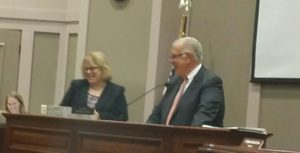 Last night was also Superintendent Debra Livingston’s final meeting with the board.  Livingston was gracious in her final meeting, presenting board members with a unique coffee cup, the surface of which could be written on with chalk.  She thanked the board for the thankless job they have and said it had been a joy to work in the city.  She said she hoped her legacy would be recognized as one that always fought for the kids.  Gatsas presented her with a resolution.  She received two standing ovations from the board. 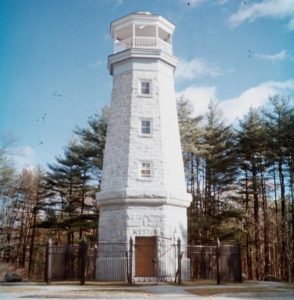 Weston Tower: To be opened next two weekends

The Manchester Historic Association announced it will open the Weston Tower Observatory on October first and second and eighth and ninth from ten to four to enable area leaf peepers to gaze out across the city’s landscape.  Tickets are seven bucks per person, to a maximum of twenty dollars per family.  Walking tours of the area will be conducted at 1:00 each day.  The cost for the walking tour is included with admission to the tower, otherwise it’s five dollars per person. 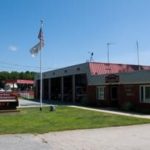 The annual Derry Fire Department Open House will be held on Saturday, October 15th from 10:00 to 2:00 at the Central Fire Station, located at 1 3 1 East Broadway, just west of the traffic circle at the intersection of Route 102 and Route 28 Bypass.