The Smarter Balanced Assessment is gone!  That’s what the New Hampshire Department of Education basically said when it announced that American Institutes for Research will provide the statewide standardized assessments that will be used to see how kids in grades three through eight are doing in English and math and they’re doing in grades five, eight and eleven in science.  The S A T will remain the assessment for high school juniors.

In a statement released by the department, Commissioner Frank Edelblut said he is confident that A I R will provide high quality assessments designed to meet the state’s needs.  Quote:

AIR is an experienced, private, not for profit assessment vendor with access to state of the art technology and world class support.”

Earlier this year, with the pending expiration of the state’s contracts with Smarter Balanced and NECAP, the D O E released a Request for Proposals to find a new assessment provider.  Smarter Balanced, in particular, had been panned by parents, students, educators and advocates alike, with critics charging it had corrupted classroom instruction and spent time testing dispositions, behaviors and attitudes, instead of academics.  Some even likened taking the test to child abuse.

Edelblut said the new assessment provides a number of advances over its predecessors.  Quote: 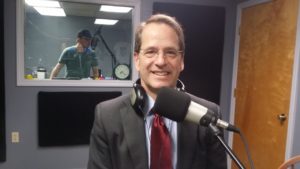 He said the new tests in math and English will be about two hours shorter than the current test and the science test will be at least three hours shorter.  He also said students and teachers will be able to use the same cloud based interface, which means they won’t have to learn a whole new assessment system.  Teachers, he said, will be engaged in the development, review and revision of materials, benchmarks and test items.

A key feature of the new program is that it will accommodate changes to the state’s education standards.  That’s a big deal as the Common Core National Standards, which the Smarter Balanced Assessment was uniquely aligned to, are very likely to go by the wayside in favor of better ones.  And, instead of waiting for months to get the assessment results, making them functionally obsolete by the time they’re received, the new company will have them in the hands of parents and teachers within fifteen days.

In addition, A I R will provide an optional interim assessment customizable by each teacher in the state which will provide data that can be used for student instruction within minutes of completion.  That so called “interim assessment data” won’t be collected or stored by the D O E because they are only for school use.

For those who want all the gritty detail, including the R F P, score summaries and assessment highlights, we’ve got the link. 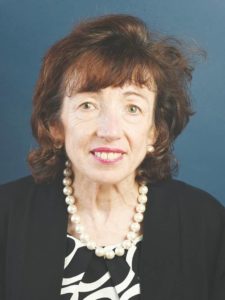 Robert: A break in the case

New Hampshire Attorney General Gordon MacDonald and Manchester Police Chief Nick Willard announced the execution of a search warrant at 43 Kendall Pond Road, #B in Londonderry in connection with the on-going investigation into the murder of Denise Robert.  Robert was shot in Manchester on August thirtieth, 2 0 1 5 as she was walking on Ray Street.  The statement issued by the A G refused to identify what was being looked for and said what was found, if anything, would not be disclosed to protect the integrity of the investigation.  This may be the evidence of a break in the unsolved case.

New Hampshire State Police and the Londonderry Police Department assisted with the execution of the warrant.  Anyone with information regarding the Robert’s murder is urged to contact Investigator Todd Flanagan at 2 7 1 1 2 0 8 or the Manchester Police Department Crimeline at 6 2 4 4 0 4 0 or Manchester crime line dot org.  There’s forty thousand dollars in reward money still out there for information that leads to the arrest and conviction of Robert’s killer.

The New Hampshire General Court’s Joint Legislative Committee on Administrative Rules, under the leadership of Sen. John Reagan Republican from Deerfield, approved state Department of Health and Human Services regulations requiring Medicaid pay for sex change operations.  The committee refused to block the rule, even though DHHS imposed it in July, months before a required public hearing on the rule was held.

After taking public testimony, Sen. Kevin Avard, Republican from Nashua, made a motion, seconded by Rep. Rick Ladd, Republican from Haverhill, to reject the rule on fiscal grounds.  The motion failed on a 5-5 tie vote.  Sen. Dan Feltes, Democrat from Concord, then successfully moved to approve the rule, which passed with Republican State Rep. Carol McGuire of Epsom changing her vote to be in favor.

During the discussion, Feltes said that the committee, unlike most, deals only with the procedure by which rules are developed, not with the substantive policy of a proposed rule.

he told the assembled citizens who’d testified before the committee.

That provoked a response from Cornerstone Action saying, quote:

“If that’s the case, then the committee was calling balls and strikes long after DHHS stole first base. DHHS unilaterally made ‘gender reassignment’ a covered service under Medicaid as of July 1, and got away with it, without giving the public a chance to weigh in before it was a done deal.”

The city of Manchester has announced that weekly curbside collection of yard waste will resume this Monday the twenty third.  Your barrels, bags and bundles will be picked up weekly on your regular trash day until Friday, December first.  For details on how yard waste should be left at the curb if you want it picked up, visit manchester n h dot gov slash yard waste.