Governor Christopher Sununu has asked President Donald Trump to issue a “major disaster declaration” and provide federal emergency assistance in wake of the blizzard that hit the state on March 14th and 15th.  In a letter to the President, Sununu said the state sustained widespread damage, including property damage, in eight of its ten counties.   He wrote that the storm considerably strained state and local resources, consumed staff time and exhausted available funds.

In advance of the storm, Sununu said he activated the Emergency Operations Center and executed the State Emergency Operations Plan, but with snow piling up at the rate of two to three inches per hour and winds exceeding eighty miles per hour, state and local authorities were overwhelmed.  The storm knocked out power to almost one hundred forty four thousand residents, caused hundreds of traffic accidents, forced more than five hundred school closures and delayed dozens of flights in and out of Manchester-Boston Regional Airport.  It also knocked out telephone, Internet and cable services for days to thousands across two dozen communities in Belknap, Carroll, Grafton, and Merrimack counties.

We’ve got Sununu’s letter with all the details uploaded with this news read at Girard at Large dot com if you’d like to give it a read. 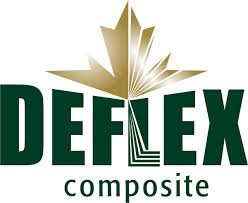 On another matter, Gov. Sununu’s trade trip to Quebec may already be paying dividends for the state.  Sununu announced last week that Quebec-based Deflex Composite, located in Saint Victor, Quebec, has signed a lease to occupy 9, 6 0 0 square feet in Berlin.  This is the company’s  first U.S. operation and it plans to hire three people initially and seven more by the end of the year, to manufacture front and rear bumpers for Volvo buses.

Deflex will build bumpers for buses in Berlin

In a statement issued by the governor, he said the company was first introduced to the state in 2 0 0 9 at a presentation it gave in Drummondville, Quebec.  Since then, Michael Bergeron and Benoit Lamontagne of the Division of Economic Development have kept in touch with the company.  Representatives of Deflex took part in a webinar hosted by Sununu last month about doing business in New Hampshire.  Bergeron said President Trump’s Buy America Act is one of the reasons why the state has recently seen strong interest from Quebec manufacturers.   Lamontagne said that’s because law requires companies with federal contracts to make their end product in the U. S. and that more than fifty percent of the cost of the parts must come from the states.

The Derry Town Council will meet tomorrow night in Council Chambers at the Derry Municipal Center starting at seven thirty.  There’s a lot on the agenda, but the agenda, yet again contains zero detail as there is no supporting documentation for citizens to review.  The council will hold public hearings on increasing the Veterans Tax Credit, establishing a Police Detail Revolving Fund, amending the Fund Balance Policy, approving a quote fee adjustment” for construction and demolition debris , establishing a Revolving Fund for Cable Services and the Budget and Capital Improvement Plan for Fiscal 2 0 1 8.

Derry agenda has no supporting docs

Again, not sure where the public will actually be able to get the details on these items in advance of the hearing since they’re not included with the agenda.  In fact, no back up for any item on the agenda is included.  Maybe somebody from town can use the public forum time to request, if not demand, that the backup for agenda items always be posted on line with the agenda so people can take a look.  We’ve got the link the town sent so you can look for yourself. 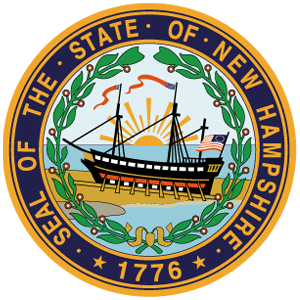 The New Hampshire Senate Finance Committee will begin voting on elements of the Senate budget today.  More than two dozen agencies will have their budget voted on in today’s Executive Session, including the departments of State, Labor, Employment Security and Justice.  We’ve published the complete list.  A tentative schedule shows the Finance Committee will meet everyday this week to vote on all aspects of the state budget.  Agencies to be voted on will be released ahead of scheduled executive sessions, though the schedule may be subject to change without advance notice.  All meetings will take place in State House Room 1 0 3.  Today’s session starts at one, as does tomorrow’s.  Wednesday and Thursday’s meetings are scheduled to start at three.  Friday’s starts at nine.  We’ll post today’s scheduled votes and those on the subsequent days as we get them at Girard at Large dot com.

Not everybody’s happy with the General Court’s passage of House Bill 6 4 0, the bill that decriminalizes the possession of marijuana and hashish.  Senate President Chuck Morse, Republican from Salem, issued a statement following its passage on Thursday, saying quote:

I believe it sends mixed signals as a state in the middle of a very serious heroin crisis with nearly 500 deaths a year that we are working hard every day to reduce.

Morse said he continued to, quote:

stand with law enforcement against decriminalization and will work to ensure the safety of our communities against drugs.

While we’re on the topic of drugs, Hope for New Hampshire Recovery, a nonprofit organization that provides recovery services to assist individuals and families living with substance use disorder, is launching a nationwide search for an executive director to expand its leadership team.  Holly Cekala, HOPE’s current executive director, will be focusing her efforts on expanding the organization’s service contract relationships with medical and insurance providers.  HOPE works with all sectors to build a chronic disease community model for alcohol and drug addiction with the goal of removing barriers to care and creating the community architecture that will support long-term wellness around addiction.  Additional details are available at Recovery NH dot org.

That’s NEWS from our own backyard!  Girard at Large hour __ is next!