Manchester School Superintendent Debra Livingston sent a “clarification” of the city’s past tuition contract offers to the Hooksett School Board yesterday, not long after we discussed the issue with Mayor Ted Gatsas on the air.  In the memo, Livingston re-presented the original offer the Manchester School Board’s Negotiations Committee made to the Hooksett School Board’s Negotiations Committee on October eighth, noting that the Manchester Board of School Committee had rejected the offer at its meeting on October fourteenth in favor of one that had a higher tuition amount.

When asked whether or not any formal communication had been sent by the Manchester School District to the Hooksett School District regarding the Board of School Committee’s action on October fourteenth, Livingston said the board’s action had been discussed in detail at the October twenty ninth meeting between the two communities’ negotiations committee and that she’d expected the Hooksett Negotiations Committee would bring their offer to the Hooksett School Board and was expecting an official response from the Hooksett board.  We’ve since watched about a third of the meeting to verify the offer was, in fact, discussed at length.  The meeting did end with Mayor Ted Gatsas saying he would do his best to get to board to support the October eighth proposal of actual cost plus two percent or eleven thousand two hundred plus two percent, whichever is higher, plus capital costs of one hundred seventy one thousand dollars.

Hooksett School Board and Negotiations Chair Joanne McHugh hedged when asked by Gatsas if the three members of their negotiations committee would support the deal, saying they’d not had an opportunity to discuss it.  However, the meeting clearly ended with Manchester Ward Three School Committeeman Christopher Stewart asking whether or not the Hooksett negotiators would present the Manchester board’s October 14th proposal at the next meeting of their board and obtain a formal response, to which McHugh said “okay.”  There is no doubt that the meeting was confused at times as numbers were going back and forth over the table, so confused at one point that McHugh said quote “quoting someone “Oh My HEAD!”  However, it would seem it ended clearly with the expectation that Hooksett would bring the more expensive tuition offer from Manchester to its board.  We’ve linked to the meeting video from this newscast at Girard at Large dot com.

Donald Trump was in town last night.  The Donald headlined the Nackey S. Loeb School of Communications’ annual First Amendment Award Dinner and it’s clear he’s still got pull with the public as Loeb School Executive Director David Tirell-Wysocki announced the event set records for both funds raised and attendees.  The school honored slain photo journalist James Foley with the prestigious award.  His parents John and Diane were there to receive the award on behalf of their late son.  As they spoke to the crowd, they not only shared details of their son’s life and commitment to tell the stories of those whose lives were torn by war, James’ father John shared how the State Department threatened criminal prosecution of the couple if they attempted to pay a ransom to win their son’s release.  The family also shared the establishment of the James W. Foley Legacy Fund to carry on their son’s work.  Donations will be used to build a resource center for families of American hostages and fostering a global dialog on governmental policies in hostage crises, support American journalists reporting from conflict zones and promote quality educational opportunities for urban youth.  To help get things started, Trump delivered a twenty five thousand dollar check.  He did it with so little fanfare, we actually had to inquire about the amount after the event.

New Hampshire Senate Majority Leader Jeb Bradley Republican of Wolfeboro issued a statement yesterday concerning a new “Paddle Tax” to fund the N H Department of Fish & Game.  Said Bradley, quote: “During the long gubernatorial campaign this year, Governor Hassan consistently talked about the bi-partisan budget that was passed that included no taxes and fees.  Less than a week after ballots have been cast, we are now hearing about a proposal to tax canoes, kayaks and other non-motorized watercraft…The LLC tax and the Camping Tax were bad ideas that had to be repealed.  The Paddle Tax should not even be proposed.”  End quote.

Over the last several nights there have been numerous reports of thefts from parked motor vehicles in Candia.  These thefts continue to take place on Chester Turnpike and Hemlock Drive during overnight hours.  The Candia Police Department is again asking residents to lock their vehicles at all times when parked.  Also, they’re encouraging anyone who may hear or see any suspicious behavior to contact the police department or dialing 9 1 1.

The Bedford Police Dept. has announced it is now accepting Toys for Tots.  Those interested in making a donation can bring them by the department’s headquarters at the Bedford Safety Complex.

The Auburn Police and Fire departments are hosting a Public Safety Night at the Auburn Safety Complex tonight  from 6 – 9.  Members of the public are invited and encouraged to attend.

Belanger in her school clothes closet

McDonough Elementary School teacher DeLorie Belanger has started a clothing exchange of sorts at the school.  Belanger is no stranger to helping kids in her school with shoes, coats, hats, mittens and other clothing articles.  However, seeing an increased need, she’s enlisted the help of others in the school and the community at large to donate gently used clothing items to help the many needy children at the school.  Now, there is a large closet set aside within the school to accept the many donations that have come from folks familiar with the effort and Belanger is making a general appeal to the public for help not only with the kids at McDonough, but any elementary school student in the Manchester School District whose teacher lets her know of a clothing need.  Anyone who wishes to donate gently used or new coats, boots, socks and other winter accessories for children ages 5 to 11 can bring them to the Allstate insurance office at 1 1 8 1 Hanover Street in Manchester.

The Manchester Young Professionals Network recently held a tenth birthday party for itself and honored the winners of its annual awards.  Christopher Wellington, Business Development Specialist at the N H Department of Resource and Economic Development was their Young Professional of the Year.  Their Business of the Year Award was presented to Mint Bistro owner Tim Baines, son of former Mayor Bob Baines.  Congrats to both! 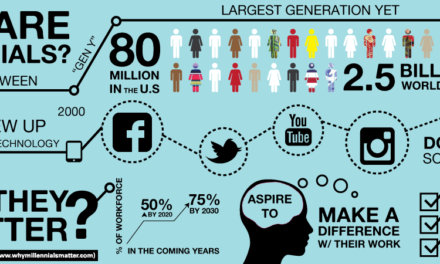 Thursday, April 14 in the NH House