Osborne: Not running for re-election

The Derry Town Council meets tomorrow night at 7: 30.  The agenda includes the chairman’s report and discussion items include Eagle Scout – David Russell, the Alan Shepard Monument, and the town’s elections on March 8th.  The council will also talk about authorizing the issuance of refunding bonds, which includes using money in the restricted tax increment fund.  Under old business, the council may appoint a member of the public to the Net Zero Task Force.  There is one new business item for the meeting, which is to assign the authority of the town administrator, a position that has been vacant for months.

News note from Derry, at-Large Town Councilor Mark Osborne, who was a central figure in the fight to cut taxes and spending in last year’s budget battle, won’t be on the ballot a week from Tuesday.  However, District Two Councilor Thomas Cardon and District Four Councilor Albert Dimmock, who also voted to cut taxes and spending are running for reelection and facing opposition.  There are several contested races on the ballot and we’ve linked to them from this news read at Girard at Large dot .

After purchasing the former Rex Theatre building on Amherst Street, the Manchester Development Corporation issued a Request for Proposal for its restoration, renovation and operation, with a submission deadline of March 15th.  In response, Matt and Jody Wilhelm of Old Sol Productions are working on a proposal to renovate the facility and turn it into a not for profit that would give back to the community.  Old Sol’s mission is to create a music venue and community center that would have a positive social impact on the city by donating one dollar per ticket sold to a charity of donors’ choice, holding donation drives at each show and organizing pre-show service projects open to all community members.  To facilitate their efforts, Old Sol is holding a Community Visioning Session on the morning of Saturday, March 5th from 9 to 10 to get feedback from the community.  For more information about Old Sol’s proposal and to learn how to register, find the full story on Oh My BLOG! at Girard at large dot com.

NH House of Reps: Abortion bills on the docket

The legislature will return this week after a week off and there is much on its agenda.  The House Judiciary Committee is expected to vote on a handful of bills relating to abortion.  These bills include:

H B 16 2 3-FN, prohibiting an abortion based on genetic abnormalities

H B 16 2 5-FN, relative to banning abortion after viability

H B 16 3 6-FN, prohibiting abortions once an unborn child can feel pain

H B 16 84-FN, prohibiting the use of public funds, employees, and facilities in assisting or performing abortions

The Child and Family Law Committee will be voting on H B 12 50, relative to medical neglect of children.

The Milford Fire Department is advising residents they need a permit for all outdoor burning now that the snow has melted.  Permits are free of charge and can be picked up at the Milford Fire Station during its regular business hours, Monday through Friday 8 to 4: 30 and Saturday and Sunday mornings from 9 to 10.  To burn brush piles, a same day permit is required.  Call dispatch at 6 7 3 14 14 with any questions about burning safety after business hours or on weekends. 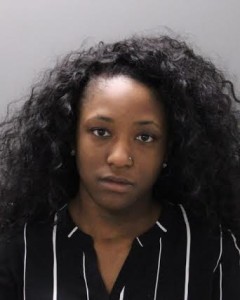 Buchanan: Nabbed by off duty cop

The Bedford Police Department arrested twenty four year old Tiffany Buchanan of Brooklyn, New York, at HomeGoods on Friday night.  Buchanan used a stolen credit card to purchase several gift cards.  Bedford Police Chief John Bryfonski issued a statement commending the work of an off duty police officer who noticed the suspicious activity and alerted on duty personnel for the arrest.  Said Bryfonski quote:  “We will continue to be vigilant in our efforts to prevent these scams from occurring in our community.” 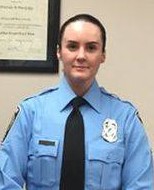 Guindon: Killed in the line of duty

Words cannot begin to describe how the Merrimack Police Department feels today. As many of you know, Ashley Guindon, who grew up in Merrimack, was shot and killed by a coward yesterday. Ashley was sworn in as a Prince William County, Va. police officer on Friday, only to be killed the next day by a person whom she had sworn to protect. Our hearts go out to Ashley’s family, especially her mother. The Merrimack Police will be there to honor Ashley, no matter where it takes us. Ashley wrote in her (Merrimack High School) yearbook, ‘live for something rather than die for nothing.’  Ashley, you have set an example for us to follow, may you rest in peace, we will take it from here.

Merrimack PD: They’ll be there

That statement was posted to the Merrimack Police Department’s Facebook page yesterday afternoon after news of Ashley’s untimely death became known.  Our thoughts and prayers go out to Ashley, her family and friends, the town of Merrimack and all those who form that all important Thin Blue Line.  No doubt, we’ll hear more about what happened in tomorrow’s Public Safety This Week segment with Jim Gaudet.