Another Right to Know lawsuit could be in the works in the Timberlane Regional School District.  Timberlane School Board Member Donna Green posted this story on her blog and it made even my jaw drop!  According to Green, a parent in Sandown went to the Board of Selectmen, seeking help with a busing issue.  The board’s assistant sent her and Sandown’s other school board member, Kelly Ward, an email asking them to intervene.  Green tried to get the matter onto the school board’s agenda, but was rebuffed by Chairman Peter Bealo, who said the matter had nothing to do with policy and therefore nothing to do with the school board.

Ward asked for an emergency meeting of the Transportation Advisory Committee, which is one of those Superintendent Earl Metzler says is beyond the reach of the Right to Know Law and therefore refuses to post any agendas or publish any minutes.  Green emailed Metzler asking if the emergency meeting would be held in public and was told no.  Green, who beat Metzler and the district over another Right to Know issue in the N H Supreme Court, had her lawyer

send Metzler a letter making it clear that the advisory committee, as organized by district policy, was subject to the Right to Know Law.

At the next selectmen’s meeting, Green announced she intended to go to the committee meeting, which the Sandown police chief told her was set for 11 am yesterday at the S A U office.  When she arrived for the meeting, she discovered that it had been moved and Metzler’s assistant, Catherine Belcher, refused to tell her where it was.

After leaving the office, she came across the police chief, who had been at the meeting and told her that both Ward and Selectman Tom Tombarello, neither of which is a member of the committee, attended along with some transportation people from the bus companies, at least one bus driver, school principals, and other administrators.  Despite being the only person who can change a bus stop, Metzler did not attend the meeting.  It would appear as if Green was specifically prevented from attending what was intentionally a secret meeting.

Following the meeting, Green says she received a letter from the S A U’s lawyer arguing that superintendent advisory committee meetings are not subject to the Right to Know Law.  The letter accused her of, wait for it, attempting to micromanage the superintendent.  Where’ve we heard that before?

Bealo: Bus safety of no concern to board

For those interested, the Right to Know Law defines advisory committees as

any committee, council, commission, or other like body whose primary purpose is to consider an issue or issues designated by the appointing authority so as to provide such authority with advice or recommendations concerning the formulation of any public policy or legislation that may be promoted, modified, or opposed by such authority end quote

and says they’re subject to its disclosure provisions.

Even better, Green’s attorney said inasmuch as it was organized under a board policy, there’s really no escaping it.  True, the district’s lawyer disagrees, but then again, they said electronic documents weren’t subject to the law either.  There, the Supreme court unanimously disagreed.  Interesting, huh?  We’ll keep you up to date. 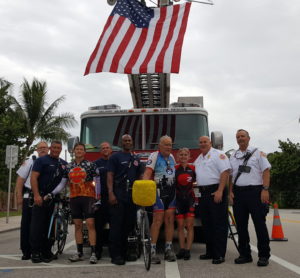 Lachance makes it to Delray, FL!

Jerry Lachance, the volunteer firefighter from Sandown who took to his bicycle earlier this month to help raise awareness and money for Ride 2 Recovery, an organization that modifies bicycles for disabled vets so they can get around, has reached Delray, Florida.  He started at the Canadian border here in New Hampshire and has been steadily making his way to Key West, where he expected to cross the finish line at Sloppy Joe’s on Friday.  Jerry’s found himself with a lot of riding company along the way and been the subject of a few news stories.  His brother firefighters up and down the coast have provided him with lodging and more.  Jerry reports the the hospitality has been tremendous, saying he can’t  get over how much people are rooting for him, 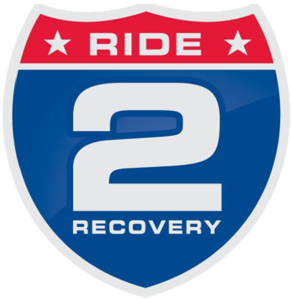 Donations keep coming in and are still being accepted and a new goal has been set, having broken the old one.  We hope members of our audience, especially those concerned with helping our veterans who’ve been disabled in combat, will visit r 2 r dot convio dot net slash goto slash lachance to contribute.  To learn more and follow his progress daily, visit JerrysRide on Facebook.  We’ve published links to both and to Sloppy Joe’s so you can watch his arrival on their Web cam this Friday if you so choose.  B T W, the guy who’s sending the email updates confessed to watching a live concert at Sloppy Joe’s while sending the update, so this could be a pretty good live entertainment hookup from sunny Key West!