The Derry Town Council will meet tomorrow night in their chambers at the Derry Municipal Center at seven thirty.  On the agenda is the approval of several municipal employee union contracts that aren’t available for public review before the vote.  Up for approval are contracts with the unions representing the town’s  professional, administrative and technical employees, support staff, firefighters and fire officers.  As we did with the police union contracts, we’ve filed a Right to Know request seeking copies of the contracts in advance of the vote.  As you know, we were told the contracts with the police unions would be posted to the town’s Web site after the vote to approve them was cast.  Basically, we were told that we can’t know what’s in them until after they’re accepted.  That, in New Hampshire anyway, is a violation of the citizen’s Right to Know.

Also on the agenda is a discussion about establishing a central polling location to correct deficiencies in the town’s polling operation identified by the Secretary of State and Attorney General’s Office after complaints were filed against Moderator Mary Till after the Primary Election in September. 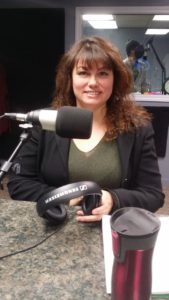 Tell the Manchester, NH Board of Mayor and Aldermen that making President Rd a one way or gating it is bad for Manchester’s greater good.

That’s the opening sentence in a petition launched by Manchester Ward Nine State Representative Victoria Sullivan, who lives in the affected area.  As listeners of this show know, the topic of gating or changing traffic patters because of complaints from President Road’s two dozen homeowners, has been a hot one.  Businesses on the other side of President Rd., who’ve relied on access from South Beech Street for nearly fifty years opposed the move, as did residents from nearby neighborhoods who will see traffic counts spike when the proposed change making President Road a one way street is enacted.  Sullivan launched the petition saying quote:

The Manchester Board of Mayor and Aldermen were given a petition of 165 names that they ignored.  Let’s give them a petition they cannot ignore.  Reaching 1000 Manchester, NH residents shouldn’t be too hard.

We’ve linked to the petition for your convenience. 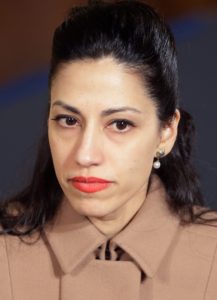 The political earth shook on Friday as F B I Director James Comey announced he was reopening the investigation into Hillary Clinton’s private email server.  As the story goes, in an unrelated investigation of disgraced former Congressman Anthony Weiner of New York, who happens to be the estranged husband of Huma Abedin, an Iranian national who is Hillary’s closest confidant and chief of staff, the F B I discovered a device used by Abedin to send and receive email that should have been turned over to the bureau as part of the investigation into Clinton’s server.  Comey has come under fire by Clinton campaign accusations saying he’s trying to rig the election by making this announcement just days before the election.   They’re demanding he release any information.

Hassan: Took illegal donations from out of state lawyers

Meanwhile, a bit closer to home, following a story in the Boston Globe, Governor Margaret Wood Hassan is being called on to return over thirty thousand dollars in campaign contributions received from attorneys that work for a prominent law firm in Boston.  Apparently, lawyers in this firm routinely received bonuses that identically matched campaign contributions they made to Hassan and Democrats nation wide just days after they made the contributions.  Folks, you just can’t do that.  Subsequent news reports claim Hassan will return the illegally made contributions.  We’ve linked to the story that broke over the weekend so you can see yet another example of how people break the rules and cook the books to rig the game against those of us who play by the rules.