The Manchester Fire Department has released the latest statistics it’s tracking from the opioid epidemic.  Seems the Safe Stations program has been a runaway success.  As of late Friday afternoon, six hundred twelve addicts have made a total of seven hundred seventy six visits to a Manchester fire station since May fourth, the day the program went on line.  Of the six hundred twelve individuals who’ve sought help, two hundred eighty five, or forty six point five percent, have been Manchester residents.  The rest have come from ninety two other New Hampshire communities and four states, including Maine, Massachusetts, Connecticut and Alabama.

While Emergency Medical Services Officer Christopher Hickey is reporting that the department has started to see an increase in prescription drug and Spice overdoses, he says it’s to be expected as the holiday’s approach. So far in November, there have only been twenty five reported overdoses, which marks a steep decline from the sixty nine reported in October and the fifty nine reported last November.  Sixty one of those who’ve shown up at a station have been taken to a hospital emergency room, the rest have been taken either to Hope for N H Recovery or Serenity Place to get the help they wanted.

On a related note, First District Congressman Frank Guinta, Republican from Manchester, is going out with a bang.  Guinta, who co-founded and co-chairs the Bipartisan Task Force to Combat the Heroin Epidemic, sent a letter to House and Senate leaders asking that funding for the Comprehensive Addiction and Recovery Act be upped to half a billion dollars next year.  Guinta was narrowly defeated for reelection by former Congressman Carol Shea Porter.

Students at Manchester High School West got to go home early on Friday.  They were evacuated after a cleaner being used on the gymnasium floor caused strong fumes to permeate the building due to poor ventilation.  The floor was being prepped for the coming basketball season.  About thirty students and staff members reported being nauseous, having headaches and having other minor side-effects.

West: Evacuated due to cleaning mishap.

Principal Rick Dichard ordered the evacuation after consulting with the Manchester Fire and Health departments.  They, along with the Manchester Police Department, assisted with evacuation which brought students and personnel to the adjacent sports stadium field.  One teacher and one student were transported to the hospital after being evaluated by paramedics on the scene.  Students and staff returned to the building after it was ventilated at about 1:00 o’clock.  Lunch was served and then school was dismissed for the day.  Superintendent Dr. Bolgen Vargas said the school’s safety plan worked as intended and that he was pleased with the response of the staff and city departments.  No doubt, he was shaking his head at the cause.

Seventh and eighth-grade students at Greenland Central School have lost accelerated math as an option.  In an email to parents,

Common Core: More evidence its “duming it down”

Principal Peter Smith wrote that students were unable to keep up with the optional Common Core “compacted pathway” that allows middle schoolers to complete high school Algebra I.  But, in a second email two days later,  Smith said the quote un quote “emotional well-being” of students was the primary reason the curriculum was dropped.  He suggested that separating students by math ability had significant psychological implications.  Wrote Smith, quote:

Hearing phrases such as ‘I am in the stupid class’ causes our hearts to break.

The email went on to point to six articles that support the idea that ability grouping is “demoralizing” and “demotivating” for children.  Intentionally absent from this literature review, says the letter to the editor re-published on Oh My BLOG! by Cornerstone Policy Research Education Liaison Ann Marie Banfield, is the overwhelming evidence that academically strong children need to be challenged.

NB:  Listen to our interview with former MEA President Ben Dick on why students need to be leveled to succeed in their studies.

Budget reviews continue in the town of Auburn tonight as the Board of Selectmen will take a gander at budget requests for Assessing, government buildings, general government, insurance, other public safety and road reconstruction.  They will also be looking at repairing the foundation of the Grffin Free Public Library.  The meeting is at Town Hall and starts at seven. 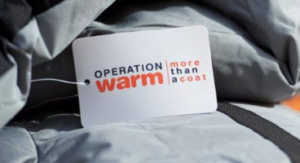 The Manchester Fire Department raised money to pay for two hundred fifty five new winter coats for needy students at Bakersville, Beech Street, Gossler Park, Parker-Varney, and Wilson elementary schools.  Those schools were chosen in collaboration with the Health Department because they are part of the city’s Neighborhood Health Improvement Strategy initiative.  Each school put in a request for various sizes, and the coats were distributed to the principals of those five schools last week.

The Derry Fire Department has announced it will serve as a drop off location for the Marine Corps’ annual Toys for Tots Drive.  New, unwrapped toys may be brought to Derry’s Central Fire Station at One Thirty One East Broadway between now and December Tenth.