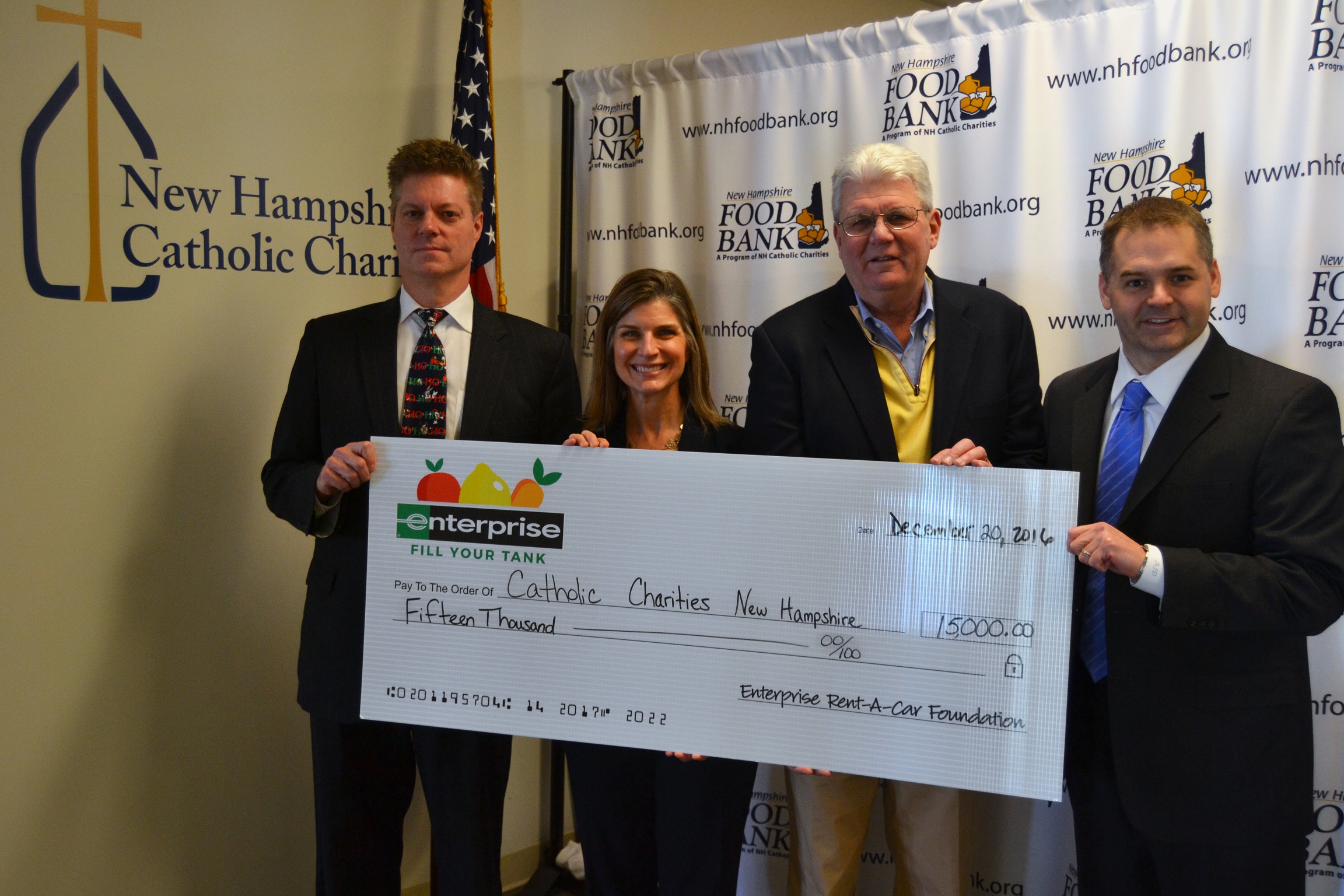 Manchester, NH – The New Hampshire Food Bank, a program of Catholic Charities NH, has received a $15,000 grant from the Enterprise Rent-A-Car Foundation to address food insecurity in New Hampshire. The donation is part of a program – called Fill Your Tank – that celebrates Enterprise Rent-A-Car’s 60th anniversary by providing $60 million over six years to fight hunger around the globe. The Fill Your Tank program donations made locally are determined by local Enterprise operations. 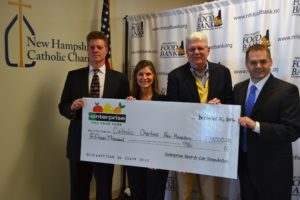 Beyond donations, Enterprise Rent-A-Car is supporting the Fill Your Tank program with a hunger awareness and local engagement campaign. Hunger is often invisible and the campaign helps make hunger in our communities more visible.

In presenting the donation, Andrew Dolloph, Enterprise’s Regional Vice President in New Hampshire, said, “Enterprise Rent-A-Car is woven into the fabric of the New Hampshire community and food insecurity is an issue for our community. This donation to the New Hampshire Food Bank will support those in our area who need a little help to reach to their full potential.”

Globally, one in nine people don’t get enough food to be healthy and lead an active life, according to the World Food Programme. Today, more than a third of households served by Feeding America include at least one child. And, according to Food Banks Canada, 13 percent of Canadians live in a state of food insecurity, which means they do not have reliable access to adequate amounts of safe, good-quality, nutritious food.