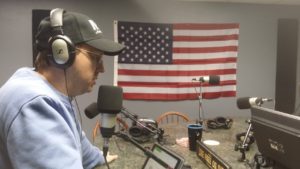 Jon DiPietro of Liberty Digital Marketing talked to Rich about the Russian hacking scandal that took place during the Presidential race for this week’s Web Savvy.  Jon pointed out that the FBI has not looked at any of the DNC servers at this point and talked about inconsistencies found within the situation.

Here is a link to the original Crowdstrike report commissioned by the DNC in June, 2016: Bears in the Midst: Intrusion into the Democratic National Committee

On December 29, the Obama administration released a Joint Analysis Report that made the picture even more muddled. Here’s a useful Russia hacking FAQ that sheds light on some of the incosistencies and contradictions.

(Hour 1c) In the second segment Jon went through the hacks that occurred and explained who the hackers were allegedly associated with.  He then shared his skepticism with the information that is being presented and more.