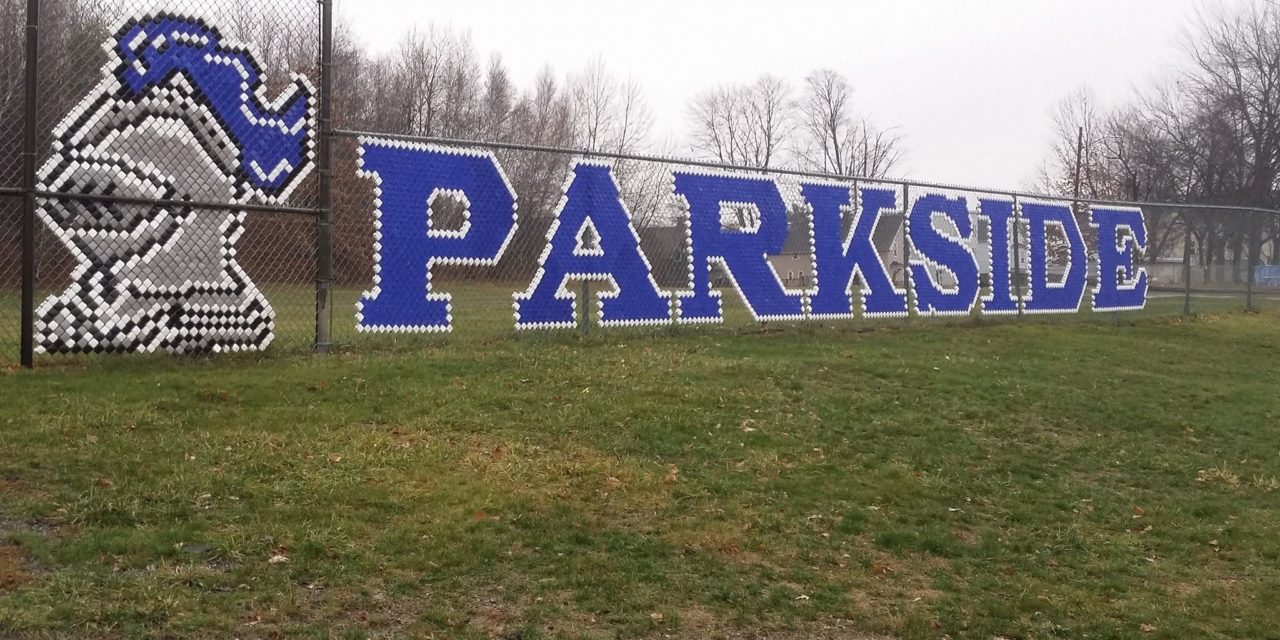 The Bedford Police Department is seeking the public’s help to locate a suspect who allegedly approached a juvenile at a bus stop and attempted to lure them into his car Wednesday morning.  Police say that at just before 10 a. m., a juvenile was allegedly approached by a man in a dark colored S U V while waiting for the school bus in the area of Hawthorne Drive.  The man ordered the juvenile to get into the car and left the area when the order was refused.  The juvenile and their parents brought this information to the department late Thursday evening.

The suspect is described as a white male in his mid-30’s with an average build and a long, pointed nose.  He was last seen wearing a hooded jacket.  Anyone who was in the area of Hawthorne Drive at this time or has additional reports of suspicious activity involving the described vehicle is asked to immediately contact Bedford Police at 4 7 2 5 1 1 3. A racial incident in Manchester has school officials a bit on edge.  Parkside Middle School Principal Forrest Ransdell found a banner hung on a school fence that said “Diversity is a codeword for white genocide” Tuesday morning.  In response, Superintendent Dr. Bolgen Vargas sent a letter sent home to parents across the district condemning the sign and advising it is part of a campaign known as the “White Genocide Project,” which he said quote:

believes the present day social policy of ‘diversity’ is nothing more than a coordinated campaign of genocide against White people. Vargas characterized the sign’s hanging as “extremely unfortunate,” saying the district found it “deplorable” and denounced it.  He went on to say quote:

end quote, and asked parents to report any information they may come across about the incident to their kids’ school principal.  In his weekly update to the Board of School Committee, Vargas said a city resident reported removing a similar sign from the Webster School also on Tuesday morning.  The Manchester Police Department is investigating.

The town of Auburn’s Deliberative Session of the Annual Town Meeting will be held on Saturday morning, February 4th at 9:00 at the Auburn Village School.  Voters will be presented with nine warrant articles to review, discuss and possibly amend, including the town budget.  All of the warrants articles will be placed on the ballot in March.  We’ve linked to all the details you’ll need to consider from this news read at Girard at Large dot com.

The New Hampshire Senate passed two bills that have long been sought by conservatives, yesterday.  The first is the Constitutional Carry bill which would allow individuals legally qualified to own a firearm to carry it concealed without a permit.  Currently, residents need the permission of their local police chief to conceal carry, even though no permit is required to openly carry that same firearm.

Advocates of the bill point to the clear and stated discriminatory intent of the law the bill overturns, noting it was specifically passed to inhibit of women, minorities and immigrants to carry firearms.  Advocates have also hammered abuses of the law by police chiefs around the state, some of whom have indiscriminately delayed or denied permits for unspecified or specious reasons.

Sununu: Wants bills on his desk

common sense legislation in support of a citizen’s fundamental right to carry a firearm,

and noted that our neighboring states and several others around the country have similar laws.  Former Governor Margaret Wood Hassan vetoed the same legislation last year.

The Senate also passed Right to Work Legislation that would eliminate the mandate that employees contribute to a labor union.  Of the bill, District Nine Senator Andy Sanborn, Republican from Bedford, issued a statement said quote:

We have a legal obligation to protect a union employee’s right to be in a union; likewise, I equally support a worker’s right to not be required to pay into a union, which is the freedom this bill allows.

Today’s vote in the Senate marks a significant step forward in strengthening employee rights to choose whether or not to contribute and belong to a labor union in order to work and I look forward to the House’s support on this legislation…We know that Right-to-Work states generally see higher wages as well as greater accountability for unions who want to attract workers to join.

Sununu issued a statement saying the legislation was necessary to make the state a driver of the region’s economy, saying it ensured fairness and choice for workers and signals the state’s commitment to the business community to foster a pro-growth environment.

District Fourteen Senator Sharon Carson, Republican from Londonderry, was the only G O P senator to oppose the bill. Vaccarello: To present on stressed out kids

BeBOLD, Bedford – Building Our Lives Drug-free, has announced its January Speaker Series event will be held this Monday, January 23rd at 7 in the Bedford Library.  The hour long event is open to the public and is entitled “Signs and Solutions for Bedford’s Stressed Out Kids.”  Presenter Diane Vaccarello, owner and therapist at Bedford Family Therapy, will discuss the causal factors that lead to stress in kids, how to identify it,  how it impacts their lives and how to help them deal.  A question and answer session, guided by Bedford Police Chief John Bryfonski, will follow the presentation.  For additional details and future events, visit be bold bedford dot org.

Today is Inauguration Day in these United States.  Alleluia!