President Trump promised to get rid of Common Core during his campaign for president.  Opponents of Common Core like me understood that the Obama redesign in public education was much more than just a set of dumbed down standards for our public schools. We expected President Trump to appoint a Secretary of Education that understood why this reform was not only going to dumb down our schools, but completely transform them into something parents didn’t ask for and do not want.

I’ve always been a supporter of school-choice and I was proud to support our school-choice program in New Hampshire.  When the creators of New Hampshire’s scholarship program came to me years ago to ask for my support, I made sure our program was NOT a VOUCHER program.  As much as I’d like parents to take their tax dollars and use them for their child’s education, vouchers have been used by bureaucrats as a way to control private schools.

Instead New Hampshire has the Children’s Scholarship Fund New Hampshire.  This program was set up in a way to keep bureaucrats from using the money to control our private and parochial schools.  Companies and individuals donate to the organization, they receive a tax credit or deduction, the funds are then distributed from the organization leaving bureaucrats unable to attach strings to that money. The DeVos idea is to use government funding that allows government bureaucrats to control private and parochial schools.

This is exactly why I, as a supporter of school-choice, do NOT want Betsy DeVos as our next Secretary of Education.

Related to her support of Common Core is her preferred school-choice program, which would enforce “accountability” by requiring voucher-recipient private schools to administer state Common Core-aligned tests and comply with other government regulations. (Mike Petrilli of the strongly pro-Common Core Fordham Institute thinks this increased regulation of private schools is a good thing, and a reason to support DeVos.) Of course, if private schools must administer the state tests, they must teach Common Core – in other words, they must become just like the public schools parents are trying to escape. What kind of “choice” is this?

In Indiana, a state with vouchers, students are required to take Common Core tests while attending the private school of their “choice.”  Parents have seen their private and parochial schools then begin to align curriculum to Common Core.  This is a perfect way for government bureaucrats to control private schools instead of supporting authentic choices for parents.

I want parents to have the same opportunities as those who can afford the private school alternatives, but not at a cost of handing control over to the bureaucrats.  DeVos’ support for “choice” in education is really about control.  If DeVos really wanted to give us “choice,” all they have to do is give parents a credit/deduction on our tax return.  But that would be too easy.  That would mean they can’t control the schools we choose.

The other threat will come if they tie Title 1 funding to the students in the name of “portability.”  If Title 1 funds can follow a child to a private school, what better way for bureaucrats to force compliance by those private schools.  By attaching strings to Title 1 funds, they get to tell the private school what they have to do in order to get that money.  Tell them they have to use Common Core tests and you’ve just told them what curriculum they need to use.  Sen. Lamar Alexander (R-TN) has been pushing this agenda for a long time.  He hasn’t proposed a simple solution of tax credits and deductions, but instead he’s proposed another way for the feds to control the private and parochial schools.

Common Core opponents in DeVos’ home-state of Michigan have been some of her biggest critics.  The anti-Common Core activists in her own state have been vocalizing their opposition to her appointment.  Robbins covers the problems with DeVos’ past support for Common Core:

One serious conservative concern about DeVos is her support for the inferior Common Core national standards and her work in Michigan and elsewhere to defeat efforts to replace Common Core with something demonstrably better. Michigan parents have tried for years to eliminate Common Core, only to be opposed at every turn by DeVos and the organizations she founded and led. And although she now claims she’s “not a supporter” of the national standards, any education activist in Michigan can tell you she certainly was a supporter – and an effective one — in the very recent past.

DeVos is also closely aligned with Bush and his preferred policies (such as increased student data-collection and replacement of teacher-led instruction with digital training). Not only has DeVos donated generously to his foundation, but she has also served on its board. And it’s worth noting that at the GOP convention, DeVos cast her vote not for Trump but for Common Core-supporter John Kasich.

Finally in this article, Goodbye Teachers, Hello Computers, from stopcommoncorenh.org, they also describe the support by DeVos for massive data-mining on students:

The Philanthropy Roundtable that Betsy DeVos chaired put out a report strongly in favor of massive data mining of students.

Candidate Trump promised me that student privacy is important:

While I do believe President Trump had a commitment to getting rid of Common Core and to protect student privacy, his nomination for the Secretary of Education has been a big part of these problems in the past.

Tuttle and Robbins draw the comparison to when President Reagan was elected and how his U.S. Secretary of Education didn’t share the same values that Reagan promised during his campaign for President.  They explain how the promises made were not kept because the wrong person was chosen to run the department.

There is nothing in DeVos’ past to lead me to think she will do anything different.  Giving lip service to now opposing Common Core reminds me of how Vice President Pence rebranded Common Core in Indiana and then said, see, we got rid of it.  NO Mr. Vice President, you didn’t fool anyone.  Conservatives across Indiana were angry by the re-brand and are angry now that it looks like we may see something similar at the federal level under DeVos.

We had excellent choices to run the U.S. Department of Education.  People like Williamson Evers, Sandra Stotsky or Peg Luksik.  People who have known where the problems come from and have a track record of working to fix them.  Their past indicates what we could expect under their leadership.  DeVos has none of that. 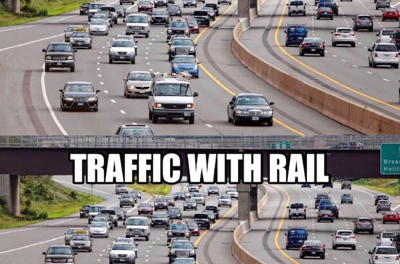 A suggestion for Bishop Libasci regarding the Chandler House