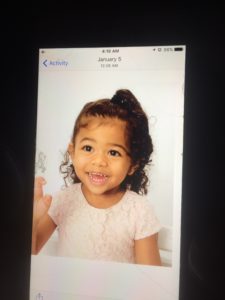 Zoey Rose Guerrero Pena, the two year old girl who was discovered missing at three thirty on Friday morning, was located shortly after we went off the air that same morning.  As our listeners know, there was a massive search involving members of the Manchester Police and Fire departments, New Hampshire State Police, N H Fish and Game and even the Nashua Police Department.  A state police helicopter with infra red cameras even circled the South Manchester neighborhood around West Mitchell St. for hours.  Despite all that effort, it was a neighbor who found little Zoe.

As the story goes, a female resident of 7 0 3 Brown Avenue was awakened by her husband as he returned from work and asked who she was babysitting, referencing the child sleeping an otherwise empty bed.  It appears Zoey wandered out of her residence and entered the Brown Avenue apartment, which is close to her West Mitchell Street home.   The woman immediately brought her to the police who were outside her door conducting a house to house search.   Zoey was taken to a nearby hospital as a precautionary measure.

The Manchester Police Department issued a statement saying the investigation is ongoing, and that there will be no additional information released until it concludes, which they said may take several days.

Are mischievous things afoot at the New Hampshire Department of Education?  According to its Web site, the D o E is hosting a meeting with New Hampshire School Administrators Association entitled “Legislative Review, Part One,” and stating quote

attendance at the event is quote open only to eligible members of NHSSA and his or her invited guest.

According to the post, it’s a half day program designed to quote:

Education advocates are crying foul at the non-public meeting given that the D O E is a taxpayer funded entity and that association dues  are paid for by property taxes from local school districts as they invariably pay the dues for their superintendents to belong to the organization.  They say it’s another example of how tax dollars are used against the citizens who pay them arguing that everybody should know what their legislative priorities are and why before they’re sprung on the committees and legislators that will be influenced by their efforts.

Our thanks to the loyal listener who brought this to our attention.

The New Hampshire House of Representatives put the wood to four bills that would have done material harm to efforts that provide parents with educational options for their children.  House bills H B 1 2 9 and H B 2 9 7 would have repealed the law that provides businesses with a credit against their Business Profits or Business Enterprises taxes for donating to scholarship funds that assist low and moderate income families.  The needs based scholarships may be used to pay for an out of district public school, as well as any private or parochial school the parents chose for their children.

Two attempts to screw up charter schools also failed.  H B 1 4 8 would have required all teachers hired by charter schools be certified by the state.  Currently, only fifty percent of charter school teachers must be certified.  That bill was defeated on a voice vote.  The House also rejected H B 1 2 5 on a voice vote.  The bill would have required the governor to appoint and the Executive Council to confirm members of charter school boards of trustees.  Bill sponsor State Rep. Timothy Horrigan’s bid to table the bill before it went down in flames failed on a Roll Call vote of one hundred thirty six in favor to two hundred thirty seven against.

It would appear that attempts to deprive parents of choices for their students in the House of Representatives will remain futile for the foreseeable future.

The New Hampshire Food Bank, a program of Catholic Charities New Hampshire, announced it recently received an anonymous one million dollar donation.  They say the donor wanted to make an impact on hunger throughout the state.  Eighty percent of the donation will be directed to the bank’s 430 partner agencies to help reduce costs. The partner agencies include food pantries, soup kitchens, after school programs, senior centers and other nonprofit feeding programs located in communities throughout the state.  This will allow the agencies to acquire more food for their clients and potentially increase their capacities by enabling the purchase of things such as freezers, refrigerators, scales and vehicles. 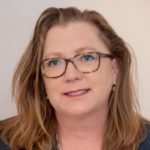 Liponis: Distribution up 61% in 5 years

Food Bank Executive Director Elieen Liponis, whom we’ve interviewed on this show, said the organization was quote “incredibly grateful for this generous donation,” citing the thirteen million pounds of food it distributed last year.  That amount, said Liponis, “marked a sixty one percent increase over the past five years.”

So much for the roaring economy.