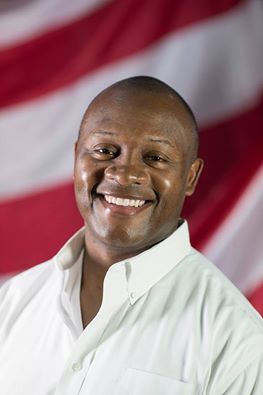 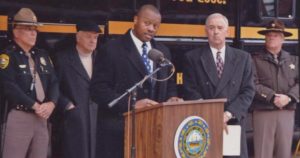 Eddie Edwards, Republican from Dover, has announced his candidacy for Congress in the First District.  A navy veteran, Edwards has served as Chief of the South Hampton Police Department and Chief of the New Hampshire Liquor Commission’s Division of Liquor Enforcement and Licensing.  He is a graduate the F B I National Academy in Quantico, VA.  Following his career in law enforcement, Edwards went into the private sector to help small businesses cut through red tape. 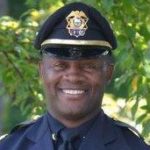 The announcement released yesterday said that, throughout his career, Edwards has worked to address the problems of substance abuse, most notably while working for the commission.  He has served on numerous boards across the state focusing on public health, public safety, veterans, children, education, and substance abuse.

New Hampshire deserves a Leader in Congress who will fight for us.  We need a strong conservative who will stand on principle and represent the people, not the Washington special interests.

Edwards also said that incumbent Congresswoman Carol Shea-Porter, Democrat from Rochester, is outside of the mainstream and beholden to a small group of special interests in Washington whose goal is simply obstruction and delay.  Quote:

There’s a job to do, and she’s busy playing partisan games.  I’ll get to work for the people of New Hampshire.

Edwards said some of his proudest moments in his military and law enforcement careers have come when he stood up for what was right and defended the Constitution of the United States.  The release concluded saying quote:

Edwards, an officer and a gentleman, will serve the constituents of NH-01 with honor.

The verdict in the lawsuit filed by Timberlane Regional School Board Member Donna Green of Sandown against Superintendent Earl Metzler over whether or not the district had to provide a default budget with line item specificity is in.  Rockingham County Superior Court Judge Andrew Schulman dismissed the case.  Green filed suit after the administration refused to provide the requested detail and the board refused to vote to direct them to provide it.

In addition to causing them to cough up the goods, which she said was aimed at determining whether or not the district was complying with the law in the development of the default budget, the suit was filed in the hopes that the court would affirm an individual board member’s right to information deemed necessary to do their job as an elected official.  Green said she was disappointed and would consult with her attorney to review the ruling before deciding whether or not to appeal to the state supreme court.  My bet is there’ll be an appeal given that the judge concluded quote:

Green: A valid claim, but

The plaintiff engaged in a good faith effort to clarify New Hampshire law.  Although she did not prevail in this court, her argument was certainly not frivolous.  Indeed, it is possible that plaintiff will prevail on appeal if she chooses to press the issue.

You may recall, the same court ruled against Green in a Right to Know case which was reversed by a unanimous supreme court.  During the oral arguments on that one, one justice asked whether or not the district’s policy could contradict state law.  Another opined the matter seemed personal.  Get ready for round two.  We’ve linked to the decision.

Speaking of Right to Know suits, the closely watched case of Porter v. Town of Sandwich was settled on terms extremely favorable to the plaintiffs.  This is case where the Porters sued the town over the, hm, how shall we put this, the questionable conduct of its Zoning Board of Appeals over the handling of their petition.  It tuned into an epic battle. 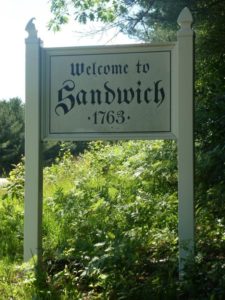 Sandwich: Gets hammered in Right to Know lawsuit

Anyway, under the settlement, the town withdrew its appeal to the state Supreme Court with prejudice, meaning it can’t come back, and made the superior court’s orders that, among other relief grant, vacated a total of six town administrative proceedings and mandated town officials and employees to attend remedial training, final and binding.  The settlement is a non-appeal-able judgment and the town and the intervenors agreed to reimburse the Porter’s for the two hundred thousand dollars they spent in legal fees, which were awarded by the superior court.

For their part, the Porters will dismiss two appeals of zoning board decisions that were made moot by the settlement.

The Bishop’s Charitable Assistance Fund is accepting grant applications for the Spring 2 0 1 7 review cycle.  Applicants should submit a completed application and all required information no later than end of business on May 3rd.  Information and an application are available at catholic nh dot org/BCAF.  We’ve got the link.  Applicants are welcome to call 6 6 3 0 1 6 6 with any questions or to discuss a proposed grant.  The fund accepts applications from qualified 5 0 1 (c) 3 organizations in New Hampshire, without regard to religious affiliation, for projects that help people in the state meet their basic needs.  However, the mission of any recipient organization must be consistent with the teachings of the Roman Catholic Church.

Weekly curbside collection of yard waste resumes in Manchester this Monday, April 10th.  Material must be placed at the curb for pickup by 7 A M on your regular trash collection day.  No individual branches or stumps greater than three inches in diameter or three feet in length will be collected.  Yard waste must be in biodegradable paper bags, bundles, or barrels with the city’s orange yard waste sticker affixed.  The weekly collection period lasts six weeks. We’ve got the link for those interested in more information.