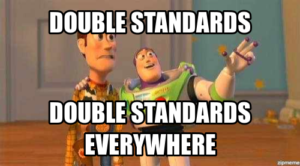 Rich started the segment by playing a satirical video which tackled racism and the politically correct movement that has swept the nation.  He commented on the “narrative that’s intended to destroy who we are as a people and a country,” and discussed the double standard that’s running rampant.