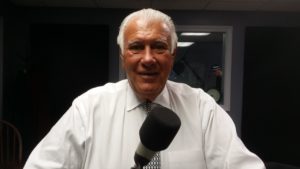 Rich started the show by telling the listeners about today’s busy schedule, before talking about the complication that is surrounding the budgets.  He shared about demands coming from the Fire Unions and spoke about an increase in traffic due to the Safe Stations initiative.  Finally, he discussed the potential for a tax cap override.  Tune in to get all of the details!