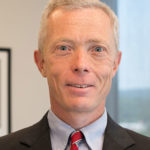 New Hampshire Attorney General Gordon MacDonald announced that fifty nine year old Deborah Walsh of Manchester was sentenced on July 14th in Hillsborough Superior Court Southern District on one class-A felony count of Financial Exploitation of an Elder Adult.  Walsh was sentenced to twelve months at the House of Corrections with 11 months deferred for 1 year.  The deferred portion of the sentence will be further deferred or suspended for an additional four years, conditioned upon good behavior and full restitution paid to her father.

An investigation conducted by the Hudson Police Department revealed that Walsh, who was her 84-year old father’s durable power of attorney in 20 1 5, wrote herself eight checks from her father’s bank account, forging his signature each time.  The checks totaled twenty two thousand seven hundred dollars.

If you or someone you know has been the victim of elder abuse or exploitation, please contact your local police department or the Bureau of Elderly and Adult Services at 8 0 0 9 4 9 0 4 7 0.

Even though the Manchester Veterans Affairs Medical Center is a federally funded and operated facility, I’d like to offer any assistance that my office can provide. Systematic change is needed to fully address the substandard care that our veterans are receiving, and I fully expect that further changes will be made soon…I trust that this issue has your full attention.”

That’s part of a letter sent by Governor Christopher Sununu to the state’s congressional delegation in light of reports that the center has woefully failed to provide adequate care to veterans who depend on it.  This is a big story and we’ll get first hand insight into what’s going on and how it came to the Veterans Administration’s attention in Washington when veterans’ advocate State Rep. Al Baldasaro joins us this morning in the eight o’clock hour.  Be sure to tune in! 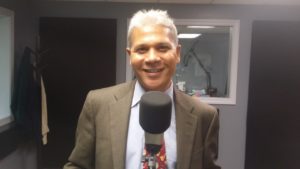 Manchester school Superintendent Dr. Bolgen Vargas has announced that, starting this September, up to ten West High School students who have an interest in exploring a career in medicine, will be able to job shadow at Catholic Medical Center, which is just a really short walk from the school.  The job shadowing could lead to internships in the near future.  In a memo to the Board of School Committee, Vargas said he’d met with officials at C M C to explore opportunities for students at the hospital.

The meeting came from C M C’s involvement in a grant application Vargas has submitted to the Barr Foundation, in which the district has applied for three hundred thousand dollars to engage a variety of community partners in an effort to re-engineer education at West.  Vargas has told the board that the foundation recently conducted phone interviews with West Principal Rick Dichard, himself and others regarding the application.  Vargas has said that, not only would the grant help redefine education at West, it would create a template that could be used at Central, Memorial and other schools. 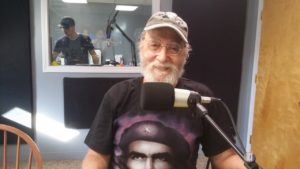 Kassel: Will he or won’t he?

Will he file or won’t he?  When asked when he was going to file for mayor in an interview on Girard at Large yesterday, announced candidate Jeff Kassel was non committal.  We’ve linked to the interview in which Kassel criticized aldermen for approving budget busting, tax cap breaking deals with labor unions, questioned whether or not the opioid epidemic was a crisis and said incumbent Mayor Ted Gatsas at first opposed the tax cap, about which he said he was the Godfather, but has since become a supporter.

Looks like Kassel isn’t the only one who may have second thoughts about running.  Ernesto Pinder, Jr. was the only candidate to file for alderman or school board yesterday in the Queen City.  He filed for school board in Ward Six, where Girard at Large has learned incumbent school board member Dan Bergeron has yet to file for reelection as he’s contemplating a run for alderman.

The Sub Committee on Finance of the Manchester Board of School Committee met last night and received an unpleasant surprise or two.  An unexpectedly large year end invoice from Anthem Blue Cross Blue Shield more than doubled the projected deficit in the health insurance budget, pushing it to almost a million dollars.  The committee also learned of a surprise deficit in the special education transportation line item.  That, pushed the total deficit for special education services to two point six million dollars on just over eleven million dollars budgeted for services (professional and technical), transportation and out of district tuition.

Martin: Looking into it.

Assistant Superintendent Dr. Christine Martin, who oversees both the special education and transportation operations, was unable to identify the sources of the overruns, but said the staff was looking into it.  A report is expected by the committee’s next meeting in August.