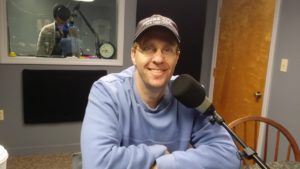 Rich began the hour by going Ward by Ward informing the listeners about those who are running for local office.  He then took a call from John Lyscars in Hooksett, who pointed out the opportunity that is presented to Queen City voters.  Tune in to get all of the details!

(Hour 2b) Rich continued in his coverage of the Queen City elections.  He then took a call from Ward 6 School Board candidate Jon DiPietro, who reported in from the election site.

(Hour 2c) Rich began the segment by taking a call from Ward 2 Aldermanic candidate Bob O’Sullivan.  After discussing feedback from the Ward and why O’Sullivan won Rich’s vote, Rich continued in his coverage of the Queen City candidates.  He then talked to Patrice Benard and Ross Terrio, who updated him about what they’re seeing at the election sites.  Finally, he shared numbers from the primary.

(Hour 3a) Rich started the hour by taking a call from Mayor Ted Gatsas, who had just voted.  He then got an update on Ward 9 votes from Patrice and told the listeners about how he fared in a past election.

(Hour 3c) Rich started by talking to Ward 4 School Board candidate Mark Flanders.  They discussed Union support, before Rich got another update from Patrice and spoke about the recent conduct of the Boards.  Finally, Rich took a call from Ward 8 State Representative candidate Al MacArthur.

Advice for Success with Annuals, Millennials