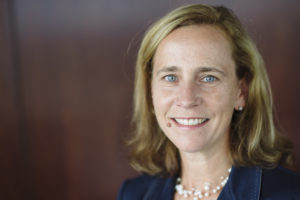 Rich opened this morning’s show by talking about yesterday’s elections.  He informed the listeners about a candidate who will be filing for a recount and reviewed the Queen City’s voter turnout.  He shared that the Democratic Party had been more successful at turning out their voters than the Republican Party and he displayed his suspicion about the Republican Party’s staying power.  Tune in to get all of the details!

(Hour 1b) Rich continued to discuss the election.  He and Ed Naile, Chairman of the Coalition of New Hampshire Taxpayers, spoke about yesterday’s winners.  They then took a call from Eric in Manchester, who inquired about Erika Connors’ election results.  Finally, they discussed Joyce Craig’s win in the Mayoral race.

(Hour 2a) Rich and Ed Naile discussed whether or not those elected in yesterday’s election will vote to override the tax cap.  They then talked about Mayor-elect Joyce Craig’s stance on the opioid epidemic and took a call from John Lyscars in Hooksett, who had a message for Craig.

(Hour 2b) After informing the listeners about the outcome of the Keno vote, Rich took a call from Right to Know watchdog Harriet Cady, who talked about what she fears from the election results.  Eddy in Manchester then called and shared his opinion about working with the newly elected officials.  Finally, Rich talked about fiscal responsibility.

(Hour 3a) Rich shared more about voter turnout at the top of the third hour of the show.  They talked about votes in the Mayoral race, disorganization in the GOP, hopeful signs from the election, money spent by the Democratic Party and more!

(Hour 3c) In the final segment of the day Rich informed the listeners that his investigation into today’s results will continue.  He then pointed out the benefit that Mayor-elect Joyce Craig would experience if she decided to come on the show and shared his hopes about how she will act as Mayor.

The Passing of a Justice