There has been bi-partisan support in New Hampshire and across the country when it comes to supporting privacy protections. Democrats and Republicans supported privacy protections for teachers just a few short years ago. New Hampshire has done so well that we were ranked by the Parent Coalition for Student Privacy as one of the best states in the country when it comes to protecting the privacy of students. Unfortunately, that may soon change based on the legislation New Hampshire Democrats are pushing.

Democrats in the Senate passed SB196 which would remove parental consent when their children take non-academic surveys. If SB196 becomes law, children may answer questions about oral sex, gender identity, guns in the home, drugs and alcohol usage, and parents may never know. You can see how your New Hampshire Senator voted here.  Those who voted YEA, voted to remove some of the privacy protections that were in place. SB196 now moves on to the New Hampshire House of Representatives.

Democrats also want to take away existing student privacy protections covering the state standardized assessment.  SB276 would give testing vendors the student’s name, date of birth, student ID, and the ability to “analyze” the data. If that isn’t bad enough SB276 gives exemptions for data sharing, and removes the requirement for the testing vendor to destroy data when it’s no longer needed. SB 276 also leaves out parental consent or recourse. Not only does this violate a child’s 4th Amendment rights, but their Civil Rights of privacy and personal freedom.

The importance of our privacy and personal freedoms were made clear when New Hampshire voters recently passed an amendment to the New Hampshire Constitution. The amendment added language to the constitution that says individuals have the right to live free from government intrusion. It impacts how personal data can be shared or obtained.

[Art.] 2-b. [Right to Privacy.] An individual’s right to live free from governmental intrusion in private or personal information is natural, essential, and inherent.

This measure cleared the two-thirds majority required for a constitutional amendment.

The Statewide Longitudinal Data System (SLDS) is housed in the US Department of Education, but is married to the Workforce Quality Data Initiative (WQDI). Some States have rebranded the entire data-raping system as (pre-school to workforce) P20W. These systems can run at the same time as SLDS or replace only certain parts of the system. It won’t stop data collection, especially from leaving New Hampshire.

The US Dept. of Education controls and awards SLDS grants. Grant funds are awarded to data contractors. These contractors may be entire groups or a single person. Who has vetted them for no data sharing?

Here’s a link to a NH 2017 SLDS contract with Community and School Partners, LLC (keep in mind that SLDS grant winners sometimes use several layers of sub-contractors). It’s been reported that parents only have access to four doors deep in the data trail, and only when they are persistent. Others have reported that contractors and sub-contractors can go as deep as 15 layers.
Link: file:///C:/Users/Lynne/Pictures/35%20GC%20Agenda%20080217.pdf

This 2014 Data chart will give you an idea what NH has been collecting off SLDS and who/what is involved. It gives the name of a data entity in education:https://www.siia.net/LinkClick.aspx?fileticket=F-VZJXxuP6A%3D&portalid=0

As of right now, all States, as well as all the laws connected to and including Every Student Succeeds Act (ESSA), function on the GUTTED version of Family Educational Rights and Privacy Act (FERPA). The Foundations for Evidence-Based Policymaking Act FEPA is also a massive data collection system coming out of the federal level.

SB 267 takes NONE of this into consideration from the language, as written. Until the gutted FERPA is restored, massive amounts of private and personal information will be harvested, SLDS or otherwise.

SB 267 amends two key New Hampshire laws: RSA 193. RSA 193 was set up in 1993 for the purpose of improving education and assessments. Nothing in SB 267 includes language protecting the diagnostic portions of assessment and the data thereof. Given the influx of mental health assessments currently given to students, this is a dangerous omission .https://www.education.nh.gov/instruction/assessment/nheiap/index.htm
As other States are rush to pay vendors through medicaid to administer online therapy to children in school, this has caused additional privacy concerns.

Additional Concerns with SB267:
A) Allows the State to keep data and track students. Are we to assume that is why the Ed/Workforce Committee has this bill? To what extent will they keep information and track students? Is it until college or employment? Is it for life?
What are the NH statutes of limitations on this?

C) Student data is the single best tool by which the State, in connection with the federal and global data raping, can use to pigeonhole and control students. It’s also the global key to workforce collectivism.

D) As far as Bill sponsors, what are their ties to Big Labor, Big Data? Do they have a conflict of interest? Are they representing special interests? (Sponsors: Sen. Kahn, Dist 10; Sen. Feltes, Dist 15; Sen. Watters, Dist 4)

E) The testing groups maintaining control of New Hampshire data is wrong. What if the testing group is outside New Hampshire and used as the ESSA mandated annual assessment? (*Note: testing and assessment are different, yet the Bill uses them interchangeably.) Testing is the knowledge based activity (what do they know, how much have they learned) Assessments are given to grade attitudes, values, etc. (SEL, social and emotional learning) as well as behavior. Clarification is needed!!

F) In connection with the student data being kept by testing group, is it now their property? If so, where was consent from the parent or child to part with their personal property without compensation? The phrasing of ‘or other purposes‘ always leaves a gray area. This should be black/white issue!

G) What ‘other evaluation materials‘? Where can parents access those?

H) “Dept. may provide assessment results/comparative data to parents. No, ‘SHALL” provide.

I) Know that UIN (Unique Identifying Numbers) are a completely different type of data tag than SS#.

J) “School or dept may disclose to testing groups EXCEPT  when collected w/ SAT/ACT as state assessment” Okay, what about when NOT connected to SAT/ACT? This is a gray area which means the legislators can tweak. Also, ‘may’ needs to be changed to SHALL.

ESSA mandated that States use national normed assessments for State accounting formulas.Those normed assessments have to be compatible with the last three years of data as well as be able to mesh well or be the same as surrounding States. This is leading up to regionalism. What States is New Hampshire ed partners with? What safeguards are there to keep the data within New Hampshire?

K) “Data not disclosed by testing to others, OTHER than district, school, or school district”. Which ‘district’? Political? Economic? Labor?

L) “Testing groups performing test analysis” What is analyzed? Who’s doing it? Where are the New Hampshire parents and teachers involved?

M) “EXCEPT as provided, Dept. shall not collect or maintain SLDS info such as UIN. The Data Warehouse will continue to be collected and used. Where is it? Who owns it?

N) Why would you need a court order to access your own data (even housed) if you still own it? Again, where’s the transaction showing voluntary release of personal property (which is our data)

O) Notice the ECE (Early Childhood Education program is singled out) that’s birth to Kinder. Again, SLDS uses way more than simple education data. Health and Human Services data is in there too.

“In a free society, the government is subordinate to the citizen. If it wants to use his data for something he didn’t agree to, it should first obtain his consent.” ….Jane Robbins

Ann Marie Banfield has been researching education reform for over a decade and actively supports parental rights, literacy and academic excellence in k-12 schools. You can contact her at: banfieldannmarie@comcast.net

The NH Dept. of Education: Taking Public Education From One Bad Reform To Something Worse 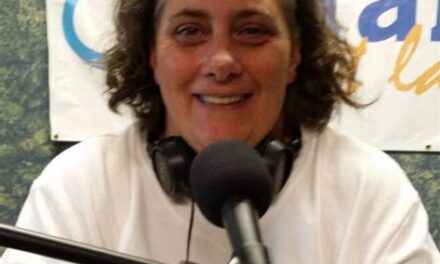 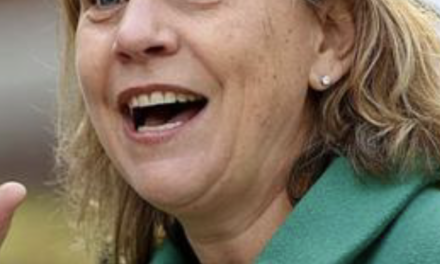