It’s wise to look closely at the cost for professional development paid for by taxpayers through the school budget. Sometimes teachers will tell you that it’s not always worth the expense:

Last year, the principal of the school where I taught wanted me and the other math teacher to attend six all day professional development sessions over the course of the school year. According to the flyer advertising the PD the sessions encouraged “collaboration” amongst the math teachers in the county where I taught. It was to be facilitated by someone who believes that students who are faltering but need just a little more time to get it are lacking some key bit of information. Her solution is “just in time” learning in which the problem dictates what the student needs to know in order to solve it. I don’t think much of “just in time” learning and have written about it elsewhere so will spare you any rants about it.

I was distressed about having to attend the PD. My distress was not only because of missing six days of teaching. It was the idea of sitting around with other teachers sharing dubious ideas, and pretending to be convinced of the virtues of working in groups, “just in time” learning, differentiated instruction and other ineffective practices that pass as superior to the traditional methods that are derided as “having failed thousands of students”.

So when I learned the PD had been cancelled because I and the other math teacher, James, at my school were the only two people who had signed up for it, I was delighted.

My delight was rather short-lived, however. The moderator was one who didn’t give up easily. She met with our principal and came up with the alternative of having a two hour meeting with the two of us at our school in the early part of the day before our classes started. To her this was a win-win since she got to deliver her PD and we wouldn’t have to miss any class time.

We tried it out one time. I happen to know a bit about her background because I took a look at her blog. She’s a fan of Phil Daro, who is largely responsible for the Common Core math mess, and getting California to adopt the standards. He talks a lot about how in traditionally taught math, students are taught “answer getting” but not understanding in math. It was evident that she bought in heavily to the idea of “answer getting” vs “understanding” during our confab with her.

Ann Marie Banfield has been researching education reform for over a decade and actively supports parental rights, literacy and academic excellence in k-12 schools. You can contact her at: banfieldannmarie@comcast.net

Keep a Watchful Eye on Strangers

Derry residents urged to turn out at budget meeting 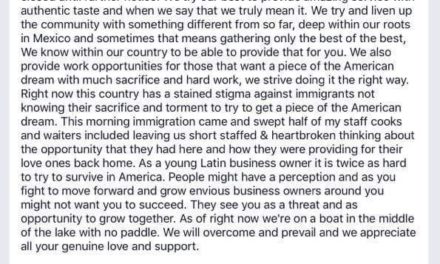