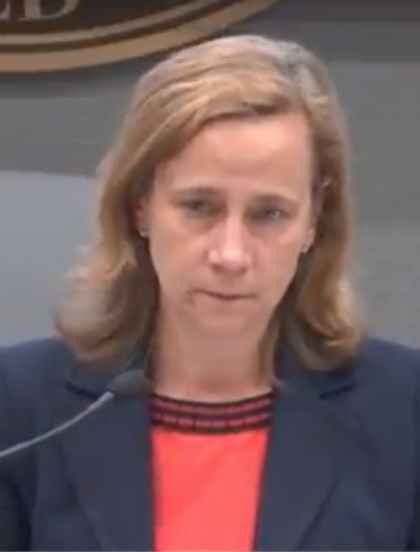 A controversial policy that bars school officials from informing parents that their children identify as transgendered in school and mandates access to the bathrooms, locker rooms and sports teams the student “identifies with” will be back before the Board of School Committee at its meeting on February 8th.  While the agenda won’t be published until February 4th at the earliest, the item is expected to be on the agenda thanks to Committeeman Arthur Beaudry (D-Ward 9) who gave “notice of reconsideration” after the policy was adopted at the board’s meeting on January 25, 2021.  Per Board of School Committee rules, a member on the losing side of a vote may give notice of reconsideration which results in the issue being placed on the agenda of the next board meeting.  A member from the majority side of the vote may ask for reconsideration at any time.

The vote came after a contentious debate where Beaudry pushed the issue of members of the opposite sex being in bath and locker rooms.  He not only worried about their safety but also the privacy of the students who may feel that their presence there would make them uncomfortable and violate their privacy and their right to feel safe.  Beaudry also targeted provisions that would allow biological boys to play on girls sports teams.  His daughter was an athlete, he said and he wouldn’t want her playing on a team with boys nor would he want her playing against boys.

Ward 1’s Porter largely carried the argument for those in favor of the policy.  A coach whose wife is a doctor, he used his past experience and information obtained from his wife to try and flip the concerns expressed by Beaudry and a number of parents whose opposition was presented to the board prior to the meeting.  He argued that transgendered athletes don’t join teams to win but to feel like they belong to something, to get invited to the Friday night pizza party.  He also said that transgendered students posed no threat to their peers in bath or locker rooms, presenting statistics that showed they were the victims of violence, not the perpetrators. 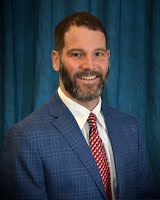 That drew something of a rebuke from Ward 8’s Perich, a retired principal, who originally voted for the policy in committee.  Perich pointed out that the complaints he received weren’t about transgendered students presenting a threat.  They were about those pretending to be transgendered to gain access to facilities they would otherwise not be allowed to enter.  He also said he was troubled by the policy’s prohibition of school personnel from notifying parents of their child’s transgendered behavior in schools.  He thought that should’t exist at the younger grades and seemed to be searching for an age at which such privacy from parents should be granted.

Ward 7’s Shea, also a retired principal, asked Chief Legal and Policy Officer Kathryn Cox-Pelletier if the district would be in legal jeopardy if it didn’t pass the policy.  In short, she said yes, stating that state law required non-discrimination policies.  Shea took that as requiring the district to adopt the policy as presented.  Others used her answer to justify passing this policy rather than a different one. 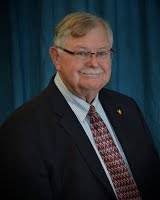 Cox-Pelletier also tried to allay concerns about the privacy concerns of normal students, saying the policy allowed any student to be provided with special accommodations for any reason and that this allowed those uncomfortable with biological members of the other sex in their bath and locker rooms to ask for other facilities.

Ward 11’s Leapley also addressed this point, reading from the part of the locker room policy that said each situation would be judged on a “case by case basis.”  What she didn’t quote from that same paragraph was the last sentence which reads: “In no case shall a transgender student be required to use a locker room that conflicts with the student’s gender identity.”  That’s an important thing to leave out since it renders irrelevant any consideration on a case by case basis.

It should be known that the board only undertook this policy after receiving a press release from the ACLU-NH complaining about how few school districts had adopted this policy, which was drafted and pushed by the NH School Boards Association.

While I don’t want to see anyone on the receiving end of discriminatory behavior, I don’t see this policy as remedying discrimination against transgendered students.  As one administrator told me off the record, “Manchester’s been dealing with transgendered kids for 20 years without any problem.  This policy is just over the top.”  As it stands now, building principals have the ability to address these issues as they arise.  Importantly, they’re able to determine their validity.  When policies like this are imposed by governing bodies, such discretion goes out the window.  Any attempt to verify what a student says about their gender identity will be seen as discriminatory, perhaps even threatening.

Moreover, this policy perpetrates multiple discriminatory activities.  First, and most importantly, it discriminates against parents.  Indeed, it takes the place of the parent by refusing to share information about the child’s behavior in school.  What it’s saying is that schools know better than parents and that parents have no right to know what their kids are doing in school.  If that isn’t discriminatory, what is? 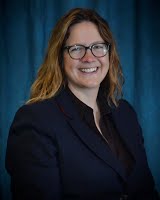 Second, it discriminates against the “other sex,” particularly girls.  Porter poo-pooed the idea that “.44%” of the population was going to derail girls sports by allowing biological boys to compete on teams of girls.  However, Porter didn’t address the very real issues faced by student athletes in Alaska, Connecticut, Colorado, Texas and Idaho, among others.  (Links to some of these stories are in the article linked to at the beginning of this article.).  The examples involve both sexes and their impact on their biological peers.  Female athletes will be at a significant disadvantage in competition against biological boys.

Third, it discriminates against people who “identify” with their actual gender.  The policy mandates that transgendered students be allowed to use the facility that matches their “identity.”  What about students that don’t want a biological member of the opposite sex in their bath or locker rooms?  Don’t they have a right to be there in a manner that allows them to be safe and comfortable?  Worry not, says Attorney Cox-Pelletier, those kids can also be accommodated under the policy.  All they have to do is ask.  So, the policy allows an uncomfortable normal identifying student to ask for privacy.  Aside from the fact they shouldn’t have to, this will paint a “bigot bullseye” on their back and will probably earn them visits with their guidance counselor or the school psychologist to help them overcome their prejudice.  In the current academic paradigm designed to influence student “attitudes, dispositions and behaviors,” you can bet they’re in for such sessions and will likely suffer the barbs of their peers who disapprove of such “hateful” beliefs and behaviors.  Remember, it’s popular to be “enlightened.”

Then there’s the question as to “when” a student is considered “transgendered.”  The policy uses language citing their “identity consistently presented at school.”  What does that mean?  Who’s to say what’s “consistent?”  What if they’re “questioning?”  What if they take “a day off” because they’re leaving school early with the parents who won’t know about their “in school transgendered behavior?”

The policy provides that “Any alternative arrangement should be provided in a way that protects the student’s ability to keep his or her transgender status confidential.”  Aside from the fact that this is not likely possible in a locker room, what happens if the transgendered student becomes known as such?  Who’s at fault?  What’s the liability?  Want to bet that any aggrieved transgendered student will be represented by the ACLU-NH against the school district?

What about the “pretenders;” those who falsely identify for their own purposes?  How do you determine who they are or that they are without engaging in what would be considered “discriminatory” practices, like asking questions or demanding some sort of proof, which they couldn’t get from the parents because they’re not allowed to discuss it with them.  What if a pretender uses the policy to access the opposite sex’s facilities and commits an assault or is assaulted?  Who’s liable for that?

What about student athletes who lose out on scholarships because they were bested in competition by transgendered students?

Could there be lawsuits under Title IX, which guarantees girls equal access to athletic opportunities?  There’s one pending now in Connecticut.  After Beaudry raised that point, Mayor Craig confidently said it would likely be resolved now that a new presidential administration is in power, so no need to worry.  Really?

Craig not only supported the policy, she issued a statement praising its passage as something that guaranteed the rights of transgendered students.  If she’s aware of any of these questions or concerns or apparently allowed forms of discrimination created by this policy, she gave no such indication.  If anything, she was dismissive.

The faults, flaws and foibles of this policy are readily evident to any objective observer.  Manchester needs to go back to the drawing board and create a policy that’s responsive to its circumstances, not simply impose one supported by the ACLU-NH.  It should start with its current practices which have yielded no complaints of substance in decades and be mindful of the pitfalls created by this policy. 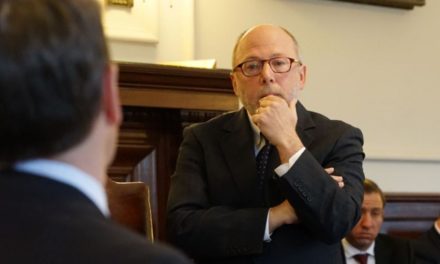