The Town Council in Derry will meet in its chambers at the Municipal Complex tonight at seven thirty.  On the agenda, which they now are providing back up for online, they will enter non-public session under a number of provisions allowed under R S A 91-A, the state’s Right to Know Law.  The council will also vote to unseal minutes from nine non-public sessions held last year.  First time I’ve seen that anywhere.  Good for them!  They’ll also receive an election update from Moderator Mary Till, who was cited by the Secretary of State and the Attorney General for failure to run Derry’s two thousand sixteen primary election in a manner consistent with state law.

For those interested in the construction of the new Exit 4 A, there’s a public hearing scheduled during the meeting on the Environmental Impact Statement, which the council is seeking to reauthorize and reassign funds from a supplemental appropriation.  There’s another public hearing during the meeting on their desire to authorize the reassignment of Bridge Improvement Funds.  We’ve linked to the agenda, where you can find some of the back up documents published for the hearings.

The Town Council in Hooksett will meet tomorrow night at six in the Council Chambers at Town Hall.  Among the items on the agenda is a public hearing to solicit feedback on a proposed Rte. 3 A Corridor Infrastructure Tax Increment Financing District and the Development Program and Financing Plan.  Town staff is recommending the adoption of the district, which would assess a separate tax on non-residential property along the Route 3 A Corridor between exits Ten and Eleven for infrastructure improvements.  A report on the agenda says the town already adopted the necessary provisions in state law back in nineteen ninety nine for the quote “successful Exit 10 TIF District,” which was closed in two thousand thirteen after the town’s debt for the infrastructure improvements was paid off in two thousand twelve.  We’ve got the links, of course, with this news read at Girard at Large dot com.

Prior to the meeting, the Hooksett Youth Achiever of the Month Committee will meet at five thirty, also in the Council Chambers.  They will bring forward the name of Adyson Lavallee as the December 2016 Hooksett Youth Achiever of the Month award winner.  She’ll be presented with certificate and pin at the Town Council meeting once approved by the committee. 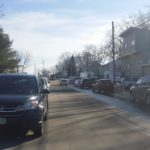 The Public Safety, Health and Traffic Committee of the Manchester Board of Mayor and Aldermen met last night to discuss the very high risk traffic issues around the Jewett St. and Southside schools.  The committee unanimously approved a series of traffic regulations designed by city staff as a short term plan to address the matter.  The include: 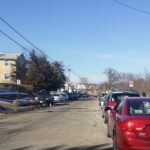 Lt. Jamie Gallant of the Manchester Police Department’s Traffic Division told Girard at Large people should expect a very heavy enforcement effort for an unspecified period of time after the new regulations are approved, which could be as early as tonight, but most likely won’t be until the board’s meeting on the twenty first.

Independence Day is coming sooner than you think!  Oh My HEAD!  I can’t believe we’re even receiving press releases about this now.  Anyway, the Rotary Club of Merrimack has announced that their annual July 4th Pancake Breakfast and Family Fun Day will be on Tuesday, July 4th.  Visit Merrimack 4th dot com for complete details.  You can also find them on Facebook and Twitter also at “Merrimack 4th.”  We have all the links for your convenience from this news read at Girard at Large dot com.

The club and town of Merrimack will provide family entertainment from 8:00 a.m. until dusk including kids’ entertainment, games, bounce rides, food and refreshments, and other activities, such a parades and fireworks.

Business sponsorships and individual donations in any amount are appreciated and welcomed!  Details of what you get for what you give are available at Merrimack fourth dot com.  Those interested in discussing a sponsorship or marketing plan are asked to call Chris Christensen at 4 2 4 2 5 4 2 or Neil Anketell at 4 9 4 5 8 7 9.

The Manchester Police Department continues to remind us that it will be hosting an entry-level police exam on Saturday, April 1st, at the New Hampshire Police Academy in Concord.  The application process is open, but will close on Friday, March 24th.  Information and an application can be obtained by visiting  manchester p d dot com.  Any questions should be directed to Officer Carl Accorto in the Training Division at 7 9 2 5 4 5 2.