Manchester Ward 7 School Committeeman Ross Terrio has floated the idea of adding Avionics to the city’s newly created STEAM Ahead program at West High School.  STEAM Ahead is a self contained program within the school that has enlisted financial and other support from area businesses led by SilverTech and Dyn for classroom renovations, technology tools and tuition for kids to gain college course credits whilst in the program.  It’s focus is an integrated approach to curriculum, emphasizing science, technology, engineering arts and math, without diluting classes in English and social studies.  Terrio, a pilot himself, said he’d spoken with West Principal Christopher Motika prior to proposing the idea at a recent meeting of the school board’s Curriculum and Instruction Committee.  He said avionics would fit nicely into the program as a multi-disciplinary way educating kids.  If the program moves forward, he said he’d be willing to donate flight hardware and software to help get the program started.

Hamel: Pitches Girls at Work to C & I

The Curriculum and Instruction Committee also received a presentation from Elaine Hamel, the Executive Director of Girls at Work.  The program works with at risk girls, many of whom have been abused and or neglected, to help them develop a sense of self worth, pride and individual identity by learning how to use power tools to build things.  They’re looking for a formal arrangement with the district to better reach girls in need.  I know it sounds weird, but it’s a great program and we’ve linked to the interview we did with Hamel about their work back in October of two thousand thirteen.  The district would be wise to entertain their entreaty.

Anthem: The will notify by MAIL

Quote”We really want to urge people to take advantage of the free credit monitoring services that are available.  They’re available for two years.  ,” said Manning.  The company said everyone affected by the hack will receive notification in the mail in the coming weeks, but they can access the identity theft services at any time.  They have emphasized that they will not be contacting people by phone or email in the past, so do not respond to any phone or email solicitation claiming to come from Anthem.  Notify them and your local police immediately of any such solicitation.

The battle over Warrant Article Three in Hooksett has taken an interesting turn.  It asks voters if the school district should enter into a long term, ten year contract with Pinkerton Academy that would, after the first three years, hold the district financially responsible for a required minimum number of students based on the freshmen enrollments in the first three years.  While the battle has raged and the Hooksett School Board has avoided any and all proposals on what to do if the number of students who want to go to Pinkerton is less than the number the town is required to pay for, Pinkerton’s Headmaster Griffin Morse has entered the fray.

On February nineteenth, a letter Morse addressed to quote “Dear Current Hooksett Families” was posted to social media.  In the letter, Morse says he was writing to keep them apprised of “Pinkerton’s progress in negotiating a long-term agreement with the Hooksett School Board and the Hooksett voting public.”  In a clearly political letter, it mentions bi-partisan negotiation efforts, approvals by both boards and the agreement’s approval by the state Department of Education, saying that all that’s left to do is for the voters to approve it.

In desperate need of students

Quote, “It is now up to you, your children, your neighbors and friends in Hooksett to be present to make the decision and vote about the future relationship between Pinkerton and your town of Hooksett. We have carefully done our part of working with Hooksett daily to provide an outstanding education for Hooksett children at Pinkerton, as we have done with all our sending towns since 1948.  Because we are committed to Hooksett and our emerging success together, I warmly encourage you to exercise your right to vote and be heard, and encourage others to do the same.  My best wishes to your (sic) for the February break next week and the exciting month of March (and) beyond!  Griffin”

Um, Griff, Pinkerton may be private, but its revenues are public taxpayer dollars.  Might want to consider consulting with your legal counsel to see if you’re electioneering under the law. 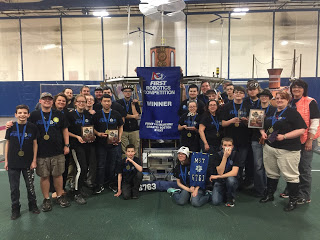