People’s United Bank has donated one 3 D printer to each of three Manchester schools for the purpose of enhancing STEAM education. Webster, Parkside and McLaughlin will use the printers for projects that integrate science, technology, engineering, arts and math into everyday learning.  The donation is valued at ten thousand dollars.

To showcase the printer, Parkside is hosting an innovation and design contest.  Students were invited to submit ideas for a new or improved product that could be created with the new MakerBot Replicator+.  Entries so far range from a medical alert bracelet, to a cup holder extender, to a car with peddles.  The contest ends on April 17th.

Students will share what they’ve learned with bank President Dianne Mercier and others during a showcase of their work tomorrow at one thirty as part of an official thank you to People’s for its generous donation.  In a statement issued by the district, Superintendent Dr. Bolgen Vargas said the district welcomes every opportunity to partner with the business community, saying the district very much appreciated the donation.  Said Vargas, quote

“We can do so much more by working together.” 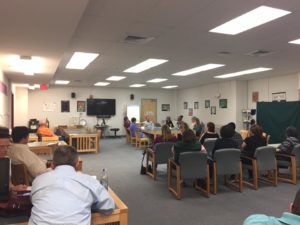 Speaking of Vargas, he had something of a rough ride at last night’s meeting of the Special Committee on Redistricting as his redistricting plan came under fire.  The primary point of contention was the continued division of fifth graders from Beech Street School as they head to the sixth grade.  Former Beech Street Principal Ellie Murphy said it wasn’t fair to divide the kids between McLaughlin and Southside as they entered middle school and then pull them back to Central as they go to high school, away from their friends who would mostly head to Memorial.  She also said that a late bus enabling kids to participate in extracurricular activities wasn’t a sufficient answer to the distance between the Beech Street community and McLaughlin, in particular.  She said families that lack transportation would remain unable to access the school for evening or other events.  She backed a proposal by at-Large Committee Member Rich Girard which sends all of Beech Street’s fifth graders to Hillside for middle school.

A young lady from Lake Ave., whose name I did could make out, opposed sending Beech Street kids to Hillside saying they were safer riding a bus to McLaughlin than potentially walking to Hillside. 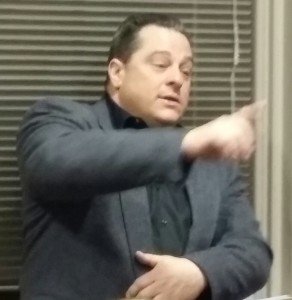 Parents weighed in, too.  Patrice Benard, whose child goes to Green Acres and would not be affected by any redistricting, said she came to the meeting to protest Ward Ten Committee Member John Avard’s condemnation of Vargas for modifying his recommendations after listening to parents.  Benard said parental input should always be considered in matters that will affect the kids.

Katherine Sweet, whose children go to Bakersville, thanked Vargas for keeping the school’s alignment with Southside and Memorial.

Hallsville parent Dan Juneau complained that Bakersville got what it wanted only because it had more parents protesting on its behalf and Hallsville was being ignored because it didn’t have as many complainers. 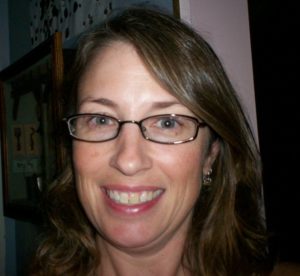 Wood: Now you want to close a middle school? Seriously?

South End parent Michele Wood hammered the committee toward the end of the meeting, when the public was again asked for its input, saying it didn’t seem like anybody wanted to actually do a redistricting, citing the committee’s reticence to make a decision about the way forward.  She seemed to support Vargas’ plan saying that following the discussion from the crowd was really very difficult.

“How did we get from redistricting to discussing maybe closing a middle school?  She asked.

Good question.  That idea was broached by Avard, who said he was intrigued by a suggestion made to him by Ward Eight Committee Member Erika Connors to close McLaughlin as a middle school and turn it into a pre-school.  Vargas vigorously opposed the idea, saying the district really needed to come up with a plan to address its programmatic needs.  He also said it would be extremely difficult for the board to do what it and parents throughout the district have been clamoring for and that is restore foreign languages, reduce class sizes and add health classes to the middle schools.

In the end, the committee kind of punted, sending Vargas’ proposed feeder pattern, the alternative proposed by Girard and a new one proposed in the motion by redistricting committee Chair Leslie Want that would send all of Beech Street’s kids to McLaughlin, to the special meeting of the Board of School Committee on April 19th.

Avard, who had to leave before the vote due to a family obligation, said he would vote no on everything, believing the timing wasn’t right to make any changes and that more data, such as from the pending facilities study, was necessary.

If at first you don’t succeed, try, try again.  That seems to be the lesson in Merrimack, where voters finally gave approval to a more than three million dollar bond to would renovate the existing public works garage alongside construction of a new facility that town officials have repeatedly asked voters to support.  The bond passed on a vote of 1, 1 3 3 to 4 6 2, narrowly surpassing the three fifth’s threshold required to issue the bond.  Yesterday’s election also saw town councilors Bill Boyd and Finlay Rothhaus reelected.  Former Merrimack Police Captain Peter Albert topped the ticket for Town Council in his first bid for office.  None of the candidates were opposed.  Naomi Schoenfeld and Cinda Guagliumi were elected to the school board in uncontested races as well.

The Goffstown Public Works Department announced it has lifted the posted road weight limits in town, with the exception of Worthley Hill Road, where the limits will remain in force until further notice. 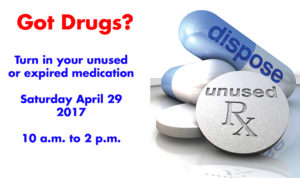 It’s a good thing they’ve lifted those limits, too, as the Goffstown Police Department is expecting tons of unwanted, unused and expired prescription drugs to come through its doors on Saturday, April 29th , 2017 from 10 a.m. to 2 p.m., as a result of their participation in the thirteenth Drug Take Back Day.   Residents may drop off expired, unused, or unwanted controlled substances.  All you have to do is bring your expired, unused or unwanted prescriptions to Goffstown Police H Q Mast Rd.  They will do the rest.  Note:  NO needles or liquids can be accepted.  The service is free and anonymous, no questions asked.

As this is a national thing, we expect other departments will be making similar announcement soon.

Reminder, there’s a drug drop box available to the public twenty four seven in the lobby of the Manchester Police Department.