Still in Draft form!  Michigan’s presidential recount suddenly became in doubt Tuesday as a state appeals court said Green Party candidate Jill Stein’s poor showing disqualified her from seeking a second look at the votes.  The judge said Stein does not qualify as an aggrieved candidate under state law and ordered the recount board to reject her request for a recount.  The board will meet today.  Even if it’s allowed to continue, it looks like recounts in several precincts, particularly in Democratic stronghold Wayne County, which contains Detroit, can’t be legally recounted because seals on the ballot boxes were missing or the numbers of ballots cast didn’t match the number of voters who turned out to vote.  We have some interesting audio from the state’s top election official about that.

Meanwhile, in news that just has to drive the losers crazy, the recount in Wisconsin is causing President-Elect Donald Trump’s margin of victory to grow.  With 23 of the state’s 72 counties having finished their recounts as of yesterday, Trump’s gained one hundred five votes and Clinton’s lost forty one, padding Trump’s lead by one hundred forty six more votes.  A federal judge has scheduled a hearing for Friday in a lawsuit filed last week by a Trump voter and two super PACs seeking to stop the recount.

In Pennsylvania, a federal judge in Philadelphia has scheduled a hearing on a petition filed by Stein to order the state to engage in a full recount.  State courts were unwilling to issue the order without requiring a million dollar bond, which Stein’s campaign refused to obtain, causing them to withdraw their petition.

There’s also some goofy recount stuff happening in Nevada, which Clinton won and Florida.  If it looks like they’re going to amount to anything, we’ll let you know.

The Green Acres Parent Teacher Group is excitedly announced that their Annual Large Fundraiser began yesterday.  In a break with past efforts, the group is trying its First-Ever Raffle Fundraiser.  The Grand Prize will be $5000.00 CASH.  Additional prizes include an overnight stay at the Common Man Inn & Spa, an overnight stay at the Fairfield Inn, a Six-Month Family Membership to Envy Sportclub & Cafe, 2 – Tickets to a Red Sox Game and lots of gift cards.  Raffle tickets will be drawn at Green Acres Elementary School on January 20th. Tickets can be purchased for $10.00 each, either directly from students or online.  Don’t worry, we’ve published the link.  Any questions may be directed to Green Acres P T G @ gmail dot com.  You don’t need to be present at the drawing to win.

Anti-climatic.  That’s about all we can say about last night’s meeting of the Board of Mayor and Aldermen in Manchester.  For all the noise and fury surrounding Mayor Ted Gatsas’ nomination of N H 1 News Anchor and New Horizons for New Hampshire Executive Director Charlie Sherman to the Manchester Police Commission, no word of opposition, or even concern was spoken by an alderman.  Sherman, whose nomination had been opposed by Police Chief Nick Willard and Commission Chairman Scott Spradling, was unanimously approved.  Willard and Spradling had expressed concern that Sherman, being an active member of the media, might disclose confidential information or otherwise compromise the department’s ability to be fair and impartial with other media outlets.  Sherman pushed back pretty hard at such suggestions, as did Radio Talk Show Host Rich Girard, a Manchester School Board member, who said the one least likely to leak anything, especially to their own media outlet, was the one who had the most to lose by doing it, noting that for all the non-public information he’s received, none of it has ever found its way to his show, social media pages or blog.

Also on the anti-climatic side was the approval of a contract with the Manchester Association of Police Supervisors.  The three year deal, which is retroactive to July first, is projected to cost the taxpayers over eight hundred thousand dollars over its three year term.  One tidbit of note came from the discussion.  Looks like the union out maneuvered the aldermen on the retirement incentive.  Last time it was offered, in a contract negotiated by Mayor Gatsas, the incentive expired with the contract.  Not so, this time.  Now, the ten thousand dollar parting gift, which is on top of all other severance, is part of the compensation package and will not expire when the contract does.  So, it is now a mandatory subject of bargaining.  As one aldermen said, I think it was Joe Kelly Levasseur, good luck getting rid of that.

Noting that the board approved the contract with a veto proof majority, only Long, Sapienza, Levasseur and Shea opposed it, Gatsas forwent vetoing it, but did say he was working on a package of information that would detail votes of the board on various contracts it’s approved so they could see the budgetary impact of their votes. 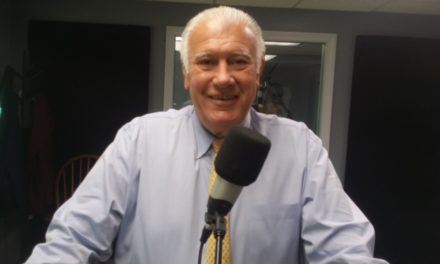