New Hampshire Attorney General Gordon MacDonald and Pembroke Police Chief Dwayne Gilman announced the indictment of thirty one year old Morgen Chapman of Concord for selling the fentanyl that led to the death of twenty one year old Violetta Monastyrskaya in April 2 0 1 6, by Grand Jurors in Merrimack County.  The charge carries a possible maximum sentence of life in state prison with the possibility of parole.  Chapman will be arraigned this morning in Merrimack County Superior Court.

What should you do if you’re an off duty Manchester police officer after you hit a pedestrian with your car at one twenty in the morning?  Driving off after you check to see if the person is alright without notifying the police is the wrong answer.  But, that’s what happened early Sunday morning after thirty one year old Steven Cornacchia turned onto West Merrimack Street from Elm, injuring a twenty two year old woman, whose friend took the plate number of his black Mustang.  Cornacchia, who has been on the job since April 2 0 1 3, was suspended with pay pending the outcome of an internal investigation.  He was suspended without pay after the department issued a warrant for his arrest once it determined he was, in fact, driving the car.  He turned himself in yesterday.  He was released on bail and is scheduled to appear in Manchester District Court on June 20th to face the charges related to the accident. 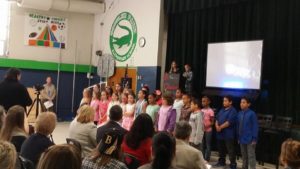 Leader in Me recognition at Gossler Park

The Manchester Community Schools Project, in collaboration with the Q C Bike Collective and Gossler Park Elementary School, has created an Earn-A-Bike Program for school kids who demonstrate leadership skills within the school’s Leader in Me program.  Approximately 50 fourth grade students will receive a refurbished bike, helmet, light, and lock for applying the 7 Habits of Highly Effective Students, completing an essay about acts of kindness, showing positive academic improvement and effort, such as finishing assignments and demonstrating a good attitude, and participating in a bike education workshop. 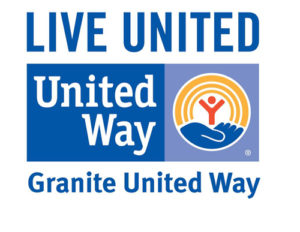 Bikes for kids and a block party, too!

The bike packages will be distributed at a neighborhood block party hosted at the school.  The event will include family fun activities, such as dancing, games and face painting.  Free dinners will be served to approximately 250 residents and community partners will families in connecting with services.  The Earn-A-Bike Program and the Block Party have been generously funded by the Granite United Way, which appears only on Girard at Large every Tuesday morning for our Community Connections segment.  Be sure to tune in!

Long got some surprising help in his argument from city Finance Office Bill Sanders, who said that all revenues the city projects are estimates and he believed it was reasonable to include the hoped for kindergarten revenues, even though it’s not been approved, because versions of the legislation have been proposed by the governor and approved by the Senate and House.  This from the guy who, last night, again, said he would not certify the city had surplus revenue if state provided additional kindergarten funding and the aldermen didn’t include in the budget so it could be appropriated and spent. 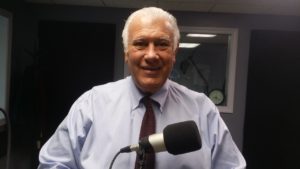 Gatsas: Not so fast

Manchester Mayor Ted Gatsas argued against the move, questioning why the board was all of a sudden in a hurry to increase the school budget.  He argued the city should wait to see what the state does with kindergarten funding before it made commitments the taxpayers would be required to fund through increased property taxes if the revenue failed to materialize.  Saying there was no bigger proponent of Full Day K funding than himself, Gatsas warned the board not to assume the funds were inevitable, informing the board that the bill didn’t make it out of the House Finance Committee yesterday and saying that it was going to be the big bargaining chip in this year’s budget negotiations between the House, Senate and governor.

Gatsas also asked the aldermen how they were going to offset the revenue loss caused by the school board’s votes to reduce expenditures on school resource officers, nurses and maintenance of the buildings and grounds.  He pointed out that school cut was also a seven hundred thousand dollar reduction in revenue the city will have to make up on its side of the budget; a point that seemed lost on many of the aldermen.

Alderman at-Large Joe Kelly Levasseur tried to have Long’s motion tabled, arguing that the Superintendent Dr. Bolgen Vargas wasn’t at the meeting.  He said Long told him Vargas would be there to answer questions, but he wasn’t.  He also noted that Vargas said that funding wasn’t the reason for the district’s decision to lay off staff and leave vacancies open, a fact with which several aldermen, including Long, concurred.  The motion to table failed.

BMA: How they voted 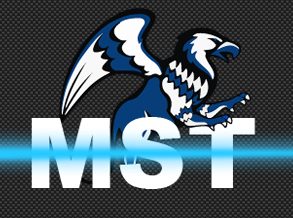 Now we know why Long said he needed ten votes to override a veto, which Gatsas indicated he was willing to give in order to extend the time the aldermen have to pass a budget under the city charter.  Did we predict it or what?

Earlier in the meeting, about two dozen students and faculty from the Manchester School of Technology came forward to protest the layoff of staff in their building, saying it would devastate the school, a factor cited by aldermen who wanted to spend more money.  We’ll discuss, of course.

Earlier in the evening, the Committee on Administration affirmed the decision of City Clerk Matthew Normand to revoke the Fire and Ice Hookah Lounge’s business license.  The Manchester Police Department went after the lounge’s liquor and business licenses citing ridiculous incidents of crime at the out of control establishment.