A non meeting meeting of the non school board school board will take place in Manchester School District headquarters (correct from this morning’s read).  Yes, that’s really happening as an alternate school board made up of folks who aren’t on the school board will meet to hear the appeal of a teacher fired several months ago.  Procedural flaws with the dismissal, centered ar0und whether or not the real Manchester School Board gave the fired woman a hearing before acting on the recommendation of then Superintendent Tom Brennan to fire her has attorney’s advising the seating of the alternate panel.  Ward 3 Alderman Patrick Long, Ward 4 Alderman Jim Roy, Ward 8 Alderman Tom Katsiantonis, a former school board member and Ward 9 Alderman Barbara Shaw are known to be members of the group that will convene tonight.  This is the second meeting of the crew.  Two unknown members of the eleven originally chosen did not show up at City Hall last week, two others left before things got started and the remaining seven was two short of what lawyers for the district and the employee had agreed would be a quorum, which is normally a simple majority of those chosen to participate.  Long, Roy and Katsiantonis are all members of the Board of Mayor and Aldermen’s Public Safety Committee.  Together, they comprise a quorum of that committee, which as caused some City Hall observers to question whether or not their participation would trigger disclosure of their activities under the state’s Right to Know Law.

Concerned citizens in Milford, Amherst, Wilton and surrounding communities met at the Milford Library last night to learn about Common Core and how it affects children.  The meeting, hosted by the Souhegan Tea Party, featured education advocate Ann Marie Banfield of Cornerstone Policy Research who detailed the standards and the new federal controls schools who either voluntarily adopt or have Common Core imposed on them will have to deal with.  The meeting was attended by about 30 people.

The Business Tax Climate Index, a publication of the non-partisan Tax Foundation listed New Hampshire the 48th worst out of the 50 states for business taxes.  In short, that means we’re very unfavorable to business.  GOP leaders in the state seized on the report as evidence that the state’s spending, taxing and feeing binge during the Democratic Party’s rule wasn’t good for NH.  House Republican Leader Gene Chandler of Bartlett released a statement saying quote:  This should serve as another red flag to lawmakers that we need to take a serious look at our approach to business taxes in New Hampshire.  This year, when the Governor and House Democrats proposed to suspend several business tax reforms passed by the previous legislature, Republicans fought back.”  We’ve linked to the study for your convenience.

The Merrimack Chamber of Commerce will host an Obamacare workshop on Wednesday, October 16th.  They say it has many implications for area businesses and they’ve enlisted the services of Attorney Steve Gerlach to help on a whole range of issues and questions from “pay to play” to how to count your employees to know what size employer your are.  Oh My Head…The Lunch and Learn event runs from eleven thirty to one and the chamber is taking registrations on-line at Merrimack Chamber dot org.  Chamber members will, of course, be given preference.

The Greater Derry Londonderry Chamber of Commerce is preparing for its first ever Technology Expo on Wednesday November sixth.  It will be open to the public.  Curt Fennel of Google is the headline speaker of the event, which will feature numerous tech vendors, educators and workshops designed to help folks become more tech savvy in their lives and businesses.  So, if you’re feeling left behind by technology, believe you could put your smart phone, social media and business applications to better use than mark your calendars for the sixth and visit the area’s first Technology Expo.  Registration is required in advance.  For more details or to register, visit G D L Chamber dot org. 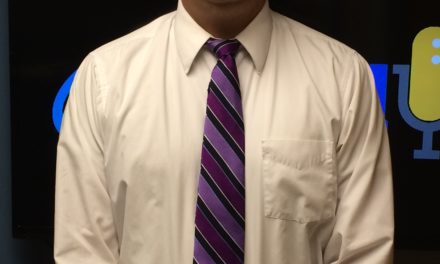