Assistant Manchester Police Chief Nick Willard testifies as to the damage caused by the “unfounded” and “untruthful” accusations made against him and members of his department, noting they continue despite the Attorney General’s findings.

I have been accused of wrongdoing by a sitting alderman.  Alderman-at-large Joseph Levasseur has accused me of intimidating him, an accusation the Attorney General investigated and ruled to be unfounded.  I assert, without hesitation, that his claim that I intimidated him, thereby abusing my power and position, is a blatant lie, most likely born of his animus toward the Manchester Police Department, or at the very least, as a self-survival reaction to an investigation for which he was undergoing.  No matter the impetus of his false accusation against me, he continues to accuse me of intimidation in spite of the Attorney General’s report, and he does so in a bombastic manner that is unbecoming a city official; be it in on-line posts or on his television show, he continues to repeat it time and again.

I have spent the better part of 22 years serving the city of Manchester with honor, pride and distinction; I saved the life of a 7 year old kidnapped rape victim, taken the confessions of numerous killers, processed some of the worst homicide crime scenes in the city’s history; one of which was the murder of a 26 year old mother, her 4 year old daughter and her 2 year old son, all brutally murdered in the killer’s bedroom.  I lead the investigation that put the killer of Manchester Police Officer Michael L. Briggs on death row and was on the scene the dreadful night Officer Daniel Doherty was shot 5 times and did all I could to will him to survive, while doing my best to ensure the subsequent investigation was handled with decorum and professionalism.  I did these things without concern for my own safety or well-being, and to a degree, to the detriment of my own family.

As a supervisory representative of the Manchester Police Department and the city, I have provided testimony in high-level criminal cases, in front of the state senate, legislature and many community groups always reflecting the principles of what a great city would want represented from their police force; which included the FBI National Academy where I was selected by my peers as the session president (peers who were police professionals from around the country and the world).

My point being, I have been all that a city would want from a police professional, selflessly working for the greater good, all the while willing to give my life for the betterment of Manchester.  Yet, I now find myself in a position in which I have to defend myself against a slanderous accusation that could potentially undue all that I have committed myself to over these 22 years.  Unbelievably, that accusation does not come from the mouth of a killer, the pen of a drug dealer or some other dredge I have put away in prison; no, it comes from a sitting alderman, someone who is essentially my employer.

I am requesting that the Board of Mayor and Aldermen take some form of action against Alderman Levasseur.  His irrational and inflammatory actions, as many of you have discussed in private, has been illuminated in an investigative report that affords this board the evidence it needs to reach the conclusion that some form of action should be taken.  To do anything less is an affront to the officers and supervisors of the Manchester Police Department and Chief Mara for all they have endured at the hands of Alderman Levassuer.  For me, both professionally and personally, to do nothing it is an insult to me and all that I have contributed to the City of Manchester and diminishes the sacrifices my family has made as I have done so.

I have listened as many people within city government have dismissed the alderman as someone who seeks attention, so don’t give it to him; or the “it’s just Joe being Joe” dismissive response or my own belief that many fear to speak out about Aldermen Levasseur’s abhorrent behavior because they fear they will  become the focus of his vitriol.  The Board of Mayor and Alderman must to take action against Alderman-At-Large Joseph Levassuer for the lies and hostility he has perpetrated upon me personally, as well as the fine men and women of the Manchester Police Department.  I cannot sit idly by as he routinely attempts to damage and discredit the police department with untruths, nor can I sit quietly while my reputation, and all that I have given to this city is sullied.  My reputation means a great deal to me, as such I can only hope my contribution to this city means enough to each of you that you take action tonight to restore it. 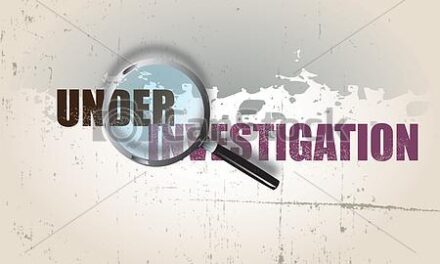