Below are the comments made by Bedford parent Jonathan Zdziarski to the Bedford School Board on Monday, April 21, 2014.

The state of NH has asserted unprecedented dedication to parental rights in recent years, however the Bedford school system has lately demonstrated many examples of bad faith towards parents, and this is of serious concern to me.

The school administrators at Lurgio demonstrated bad faith in sending a misleading letter to parents about a student survey. It downplayed the nature of the survey to the degree that the survey wasn’t recognizable based on the letter. The letter spoke only of “decision making”, “drugs”, and “alcohol” and no mention of invasive questions about 1. potentially embarrassing mental and psychological problems, 2. sexual behavior and attitudes, 3. illegal, anti-social, self-incriminating, and demeaning behavior, 4. critical appraisals of the child’s parents, or 5. religious values. These are federally recognized definitions, not my own. In addition to this, bad faith was further demonstrated by abusing the words, “make available” to imply that the surveys were “available” to parents as they sit locked in a drawer, at the school, available only during normal school hours, and could not be copied or taken with requiring both parents to leave work to view the survey. The school made it as difficult as possible to review this survey ahead of time in spite of all your online technology.

The survey questions themselves were of considerably poor taste, asking questions such as, “How many times have you had sexual intercourse, gone all the way, or made love as a teenager”, treating sex as if it were a right of passage. Other questions began with, “When you have sex…” assuming the child was already sexually active. The 40 points and metrics that the school defends are conspicuously disconnected from your need to know whether a child has had intercourse 1, 2, 3, or 4 or more times, whether a child is “mostly gay”, or “completely gay”, or the dozens of other questions that are quite frankly none of your business. These questions would embarrass some adults, and could have easily been phrased in harmless ways that would have garnered a far less hostile reaction from parents.

The consequences of asking such invasive questions are that you’ve made my daughter, and likely other students, uncomfortable with the administration in their schools. My daughter is already timid dealing with a male homeroom teacher and a male principal, and now that they are giving her invasive and personal questions about sexual behavior and home life, you have made my child even more uncomfortable around people that she should be able to trust. Children were asked questions that, if asked in the workplace, would constitute sexual harassment.

Additionally, while I don’t think any survey is going to turn a good kid into a bad kid, its very descriptive and exhaustive list of vices will certainly give new ideas to kids that are already high risk. Who’s taking responsibility when kids start trying things they learned about from the survey?

Parents weren’t the only ones left in the dark about the sensitive nature of this survey. Two of the three school board members I spoke to had no idea of the content of the survey, and a third knew about the survey but had not reviewed the actual questions until recently. All three of you voiced serious reservations about the appropriateness, suggestiveness, and the overall value of these surveys, and I agree that a serious look needs to be given to whether or not we need them at all.

Parents were also misled about the “voluntary” nature of the survey. The perception of my child was that it was anything but voluntary. My seventh grade daughter was led to believe that, while she could skip certain questions, she required a signature from her parents to opt out of the survey – in other words, the survey was required in her mind. The survey was handed out like a test, and was done on classroom time. Students’ perception is the ultimate determining factor; if the child thinks it’s required, it’s required and summarily also requires written parental consent under the law.

Our federal government has defined and presently recognizes seven statutory categories of sensitive information in surveys and other types of data collection. These have been around for more than twenty years. Why aren’t we using the federal government’s standards rather than the misleading and ad-hoc method that was used to misinform parents? These definitions have been around longer than you’ve been doing surveys in this town, and the school is without excuse. You’ve had sixteen years to figure out how to do this right, and yet here we are.

There is no room to use the word “oversight” here, to describe the errors that were made by the school system. The school has demonstrated EITHER incredibly bad faith towards parents and students, OR has demonstrated complete incompetence in administering what should have been a simple small town survey to draw metrics. In either case, the principal, the superintendent’s office, and the school board have all broken my trust and confidence.

If you are interested in earning that trust back with some acts of good faith: I am calling on the school board to take swift steps to review the appropriateness and usefulness of this survey, and pass policies to ensure PROPER parental notification and online availability of sensitive content as per federal definition.

I am also calling on the school board to move to take disciplinary action against the school administrators that made such poor decisions. As a parent, I’ve grown weary of the school administration doing the absolute bare minimum they can get away with. If you want to earn my trust back as a parent, then start acting like you’re here to serve Bedford parents and not the superintendent’s office. 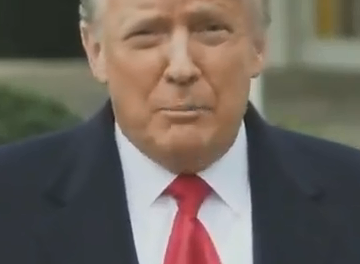