(Hour 1b, c) Dr. Betsy McCaughey  is a constitutional scholar with a Ph.D. from Columbia University, a patient advocate and health policy expert, and a former Lt. Governor of New York state.

In 1993 she read the 1,362-page Clinton health bill, warned the nation what it said, and made history.

Today she is doing it again. With a Ph.D. in Constitutional History, she can actually tell us what the Obama health law says.

McCaughey also has pointed opinions on the Hobby Lobby decision, the VA Scandal and arrogant Democrats on Capitol Hill that believe they’re the only ones entitled to ask questions.

McCaughey champions choice for Veterans in healthcare.  For us to.

She explained the “pressure points” on Obamacare and what it will take to overturn the “Affordable” Healthcare law.

Click here for the YouTube video referenced in our interview where McCaughey pushed back against a congressman who said “we ask the questions here.”  Oh My HEAD!

Here’s her bio, as published at this link:

BETSY MCCAUGHEY, PH.D., is a constitutional scholar with a Ph.D. from Columbia University, a patient advocate and health policy expert, and a former Lt. Governor of New York state. In 1993 she read the 1,362-page Clinton health bill, warned the nation what it said, and made history. Today she is doing it again. With a Ph.D. in Constitutional History, she can actually tell us what the Obama health law says.

In 2009 medical excellence and freedom came under assault again, and McCaughey put her skills to work. She was the first to uncover the health provisions slipped into the February, 2009 stimulus bill. Members of Congress were stunned to learn the stimulus bill could limit care for seniors and dictate your doctor’s decisions.

Since then McCaughey has dissected each major health bill and reported the contents to the nation, dispelling false claims such as “you can keep your health plan if you like it,” or “there will be no cuts to hurt seniors.” She backs up her findings with page references to the bills, her critics respond only with generalities. She is one of the most frequent expert contributors on Fox News, CNBC and is heard daily on the nation’s biggest radio talk stations.

In 2004, McCaughey founded and is now Chairman of the Committee to Reduce Infection Deaths (also known as RID), a nationwide educational campaign to stop hospital-acquired infections. In five years, RID has made hospital infections a major public issue. It has provided compelling evidence that preventing infection improves hospital profitability as well as saving lives, and RID has won legislation in over 27 states for public reporting of infection rates. RID has become synonymous with patient safety and clean hospital care.
Betsy McCaughey’s research on how to prevent infection deaths has been featured on Good Morning America, the CBS Morning Show, ABC’s 20/20, and many other national programs.

Betsy McCaughey is the author of over three hundred scholarly and popular articles, and three books, including a history of the U.S. Constitution.

Betsy McCaughey has taught at Vassar College and Columbia University, and she produced prize-winning studies while at two think tanks, the Manhattan Institute and later the Hudson Institute.

Post-doctoral Fellowship from the National Endowment for the Humanities
John M. Olin Fellowship
H. L. Mencken Award
National Magazine Award for “No Exit,” a critique of the Clinton Health Plan
Annual Prize from the American Society of Anesthesiologists

Beating Obamacare: Your Handbook for Surviving the New Health Care Law (Regnery, 2013)
Decoding the Obama Health Law: What You Need to Know (Paperless Publishing, 2012)
The Obama Health Law: What It Says and How to Overturn It (Encounter Broadside, 2010)
Government by Choice: Inventing the United States Constitution (Basic Books, 1987) with Preface by Chief Justice Warren Burger, Ret., and Foreword by Senator Daniel Patrick Moynihan
From Loyalist to Founding Father: The Political Odyssey of William Samuel Johnson (Columbia University Press, 1980).

Betsy McCaughey is the author of more than 300 articles on health policy, hospital infection, medical innovation, and national politics. Her recent writings can be found at www.hospitalinfection.org and on this website. She is published frequently in The Wall Street Journal, The New York Post, Investor’s Business Daily, and many other national outlets. She has received a National Magazine Award for the best article in the nation on public policy, and H.L. Mencken Award, and numerous other recognitions. 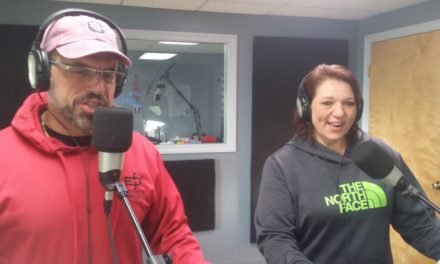