The Manchester Board of Mayor and Aldermen will meet tonight, as will several of its committees, and there are some items of note.  For those of you following the controversial “chickens as pets” ordinance, it’s on tonight’s agenda for final approval.  If adopted, the board will actually amend the zoning ordinance to enable those with half an acre or more to have up to six hens of any breed, so long as the placement of their nuclear fallout shelter qualifying coops can be placed within twenty foot setbacks of the property line.  Those whose properties that don’t qualify can donate three hundred bucks to the city by going to the Zoning Board of Adjustment to request a variance they are entirely unlikely to get.

Ward One Alderman Joyce Craig has an informational item on the agenda identifying the cost drivers of the city budget.  Noting that everybody said things had to change as they were voting to override the tax cap, Craig’s memo said health benefits, retirement pensions, and the city’s personnel classification system were responsible for upward budget pressures.  She also noted they were all contractual items that had to be negotiated with city employee unions said that the expiration of those contracts in two thousand fifteen provided an opportunity to make some changes.  But, she wrote that the issues are large and complex and that the board needed to get to work on them now.

She also sent a memo with Ward 6 Alderman Garth “Vader” Corriveau requesting the board adopt an ordinance that banned the sale and use of synthetic marijuana, also known as Spice, the stuff that caused an overdose epidemic a couple of weeks ago, within the city.

Believe it or not, the Committee on Traffic and Public Safety has some interesting items.  Looks like Fire Chief James Burkush is bringing back the Fire Prevention Parade.  Burkush canceled the parade last year.  NOT a popular decision.  Anyway, he’s asked for the parade route to be closed on Sunday, October fifth for the sixtieth annual, except for last year, Fire Prevention Parade.  Burkush is also looking for permission to apply for a grant that would allow the department to give away smoke detectors.  In a memo to the committee, Burkush said Manchester has a problem with single family homes not having smoke detectors, especially those owned by senior citizens.  The grant would allow the department to give detectors away to those who can’t afford them.  Oh My HEAD!

Intown Manchester is looking for the city to waive parking fees from five to eight on Elm and adjoining streets from Orange Street to Lake Ave. and in the Victory Parking Garage for the coming Taste of Downtown event.  In a letter to the Traffic Committee, Executive Director Sara Beaudry wrote quote “Being able to offer our guests free parking would help them to better enjoy the event without fear of parking violation.”  No kiddin…Prediction:  Those who said that increasing parking fees won’t discourage people from coming downtown during the budget discussions will fall all over themselves to waive the fees to encourage people to come downtown.

Will the discussion make it to committee?

Oh, tomorrow, the Committee on Lands and Buildings is scheduled to have a special emergency meeting to discuss the use restrictions implemented at Bronstein Park by Mayor Ted Gatsas.  We’re thinking that it will come up at tonight’s meeting, as it properly should.  Don’t be surprised if tomorrow’s special emergency meeting is canceled if it comes up tonight.  Stuff like that’s supposed to go to the board first and then to committee anyway, so expect it to be dealt with.

The Hooksett School Board will meet tonight.  On the agenda are items related to the ongoing high school issue there.  Board Member John Lyscars has fine tuned the amendment he proposed to the tuition agreement with Manchester, so it’s likely to come up for a vote tonight.  If it passes, the Manchester Board of School Committee is likely to have a proposed amendment to deal with at its September eighth meeting.

The Goffstown School District has announced the hiring of Dr. Michael McMurray as the Interim Dean of Students at Mountain View Middle School.  McMurray is an experienced school administrator and school psychologist who has worked in several New Hampshire school districts over the past fifteen years, most recently as  the Principal of the Brentwood School, a special education private school in Merrimack.  McMurry is a New Boston resident and former New Boston School Board member.

The district also announced it is looking for community members to serve on the Building Committee established by a unanimous vote of the Goffstown School Board to evaluate the needs of Bartlett Elementary School here in scenic Pinardville.  If interested, please call Denise Morin at 6 6 0 5 7 5 8.

The Manchester Police Department has created an online survey soliciting feedback from the community about its performance and priorities.  If you’re interested in giving Manchester’s boys in blue your thoughts on how they’re doing or what your priorities are, just click the link we’ve posted with this newscast at Girard at Large dot com.  It’ll take you right to their survey.  Manchester Police Department Citizen Survey

Oh, while we’re on the memo side of things, a reminder that your sewer billing may be different than normal as the city continues to work toward aligning water and sewer bills so they can be sent at the same time and put a stop to sewer delinquencies that have deprived the city’s waste water treatment operation one point three million dollars.

That’s news from our own backyard, Girard at Large hour ___ is on the way!

Friday, June 24 in the NH House 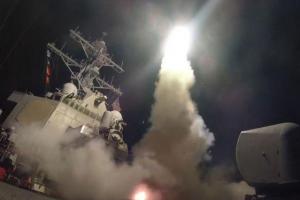