(Hour 1b) Despite claims by Democrats, the evidence of the damage that Obamacare is inflicting is mounting.

A debate on Obamacare is hardly what incumbent Congresswoman Carol Shea-Porter wants.  She’d much rather focus on the social issues that Republicans like Frank Guinta seem to just want to run away from.

Here’s the release we read from Frank Guinta’s campaign, which includes links to the study:

FOR IMMEDIATE RELEASE
October 13, 2014
Study Explains why Granite Staters are Waking Up in a Cold Sweat to More ObamaCare Nightmares
MANCHESTER – According to a new study published by the Mercatus Center at George Mason University, ObamaCare will reduce the nationwide weekly employment rate “by slightly more than 3 percent, or about 4 million full-time-equivalent workers.”  Women specifically will bear the brunt of this reduction in the workforce.

The study claims that ObamaCare creates strong disincentives to work, and the law’s tax penalties creates an unintended consequence where working part-time will yield more disposable income than working full-time.

ObamaCare will also “push more women than men into part-time work,” according to Casey Mulligan, study author and professor of economics at the University of Chicago. “Because a greater percentage of women work just above 30 hours per week, it is women who will be more likely to drop to part-time work” – which the law defines as less than 29 hours per week.

“Congresswoman Shea-Porter’s blind support for ObamaCare continues to create nightmares for Granite Staters. The disastrous health care law has already devastated the middle-class and has played a central role in creating a climate where fewer Americans are working than at any time since 1978. Granite Staters want a health care system that works for the middle-class and reduces costs while increasing access to good quality, health care.  The Congresswoman’s partisan, knee-jerk support for ObamaCare is hurting the very people she purports to support.  I will work to replace ObamaCare with market based solutions that puts you in charge, not a bureaucrat in Washington.”

The History of Labor Day 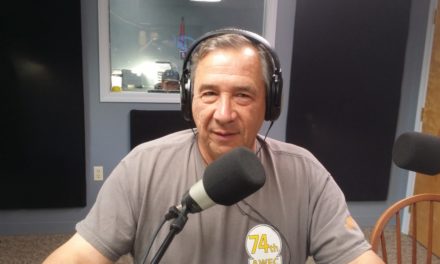