The Attack of Snowzilla has come and gone and, well, it would seem that most of the state is expecting it to continue.  Schools and many town offices remain closed today, despite Snowzilla’s retreat several hours before projection.  Just in case you’re wondering why Al Kaprielian is our meteorologist, go back and look at his forecasts.  He nailed it without driving everybody into a frenzy.  Snowzilla dropped sixteen inches on the Queen City, with communities to its North and West receiving smaller amounts; all of which fell on the low side of Kaprielian’s twelve to twenty four inch projection.  Communities to the South and East were closer to the higher end of that projection, with some communities, like Litchfield, which got thirty inches, falling into the category of quote unquote “locally higher amounts.”

Roadways in and around the Queen City are clear as crews were able to keep pace with the storm throughout the day; the storm might be best described as the Snow-Mageddon that wasn’t.  Officials in Manchester activated the city’s Emergency Operation Center just before seven thirty yesterday morning, but shuttered it just after three that afternoon.  Manchester’s snow emergency remains in place until Noon today and parking bans remain in effect in virtually every town.  Just about the only ones in government who played the wait and see game to determine whether or not they would be open today was the governor, the Senate President and the Speaker of the House.  State offices are open today and the General Court is in session with yesterday’s hearing schedule having been moved to today.   Manchester’s City Hall is also open for business as usual today.  It’s hit or miss in the towns.  Just about every school in the region is closed, despite conditions on the ground, which makes us wonder why so many superintendent’s didn’t do as the House Speaker and Senate President did, and that is wait and see what happens before canceling school for a second day.  For links to your community that will help you learn what is and isn’t open today, visit the Our Backyard page here at Girard at Large dot com.

Anyway, real news from the survivors of Snow-Mageddon continues after this.

The No-Touch Policy contemplated by the Manchester School Board was tabled at its meeting on Monday night.  Mayor Ted Gatsas asked for the policy to be tabled after Ward Two Committeewoman Debra Langton raised questions about administrator’s previous and continued inability to answer questions about who determines whether or not a child is to be restrained.  The policy is undergoing revisions based on changes to state law which were pushed through the legislature over the objections of administrators by disability rights groups.  Since the amended law took effect in September, senior officials in Manchester have placed several teachers and principals on paid administrative leave while investigating whether or not the law or the district’s unadopted policy was violated.  Gatsas has referred to the revised law as quote unquote “insane” and faulted Superintendent Debra Livingston for not getting feedback from the district’s principals on the policy, saying he wanted that before a final vote.

Oh, and you’ve got to love the way government does things.  The committee report approving the policy was presented by the clerk as a unanimous vote, except for those who opposed it, which included the mayor, Ward Five’s Ted Rokas and Ward Sixes Robyn Dunphy, which made it a four to three vote.  Yup, that’s unanimous, except…technically, the description was accurate, but…Good grief.

Also on Monday, the school board voted to kill the idea that every student be required to wear a security badge with their name and photo while in school.  At-Large Committeewoman Kathy Staub said the committee was persuaded it was a bad idea based on information from other districts where it was tried and failed.  Too many problems with kids forgetting to wear the badges made the system unmanageable, she said.  Ward Ten’s John Avard said if kids can remember to put on their pants and shirts before going to school, they could be made to remember their security badges.  He has a point, but the vote on his motion failed ten to five.

That’s news from our Snow-Mageddon surviving backyard, Girard at Large hour ___ is next!

Friday, February 19 in the NH House 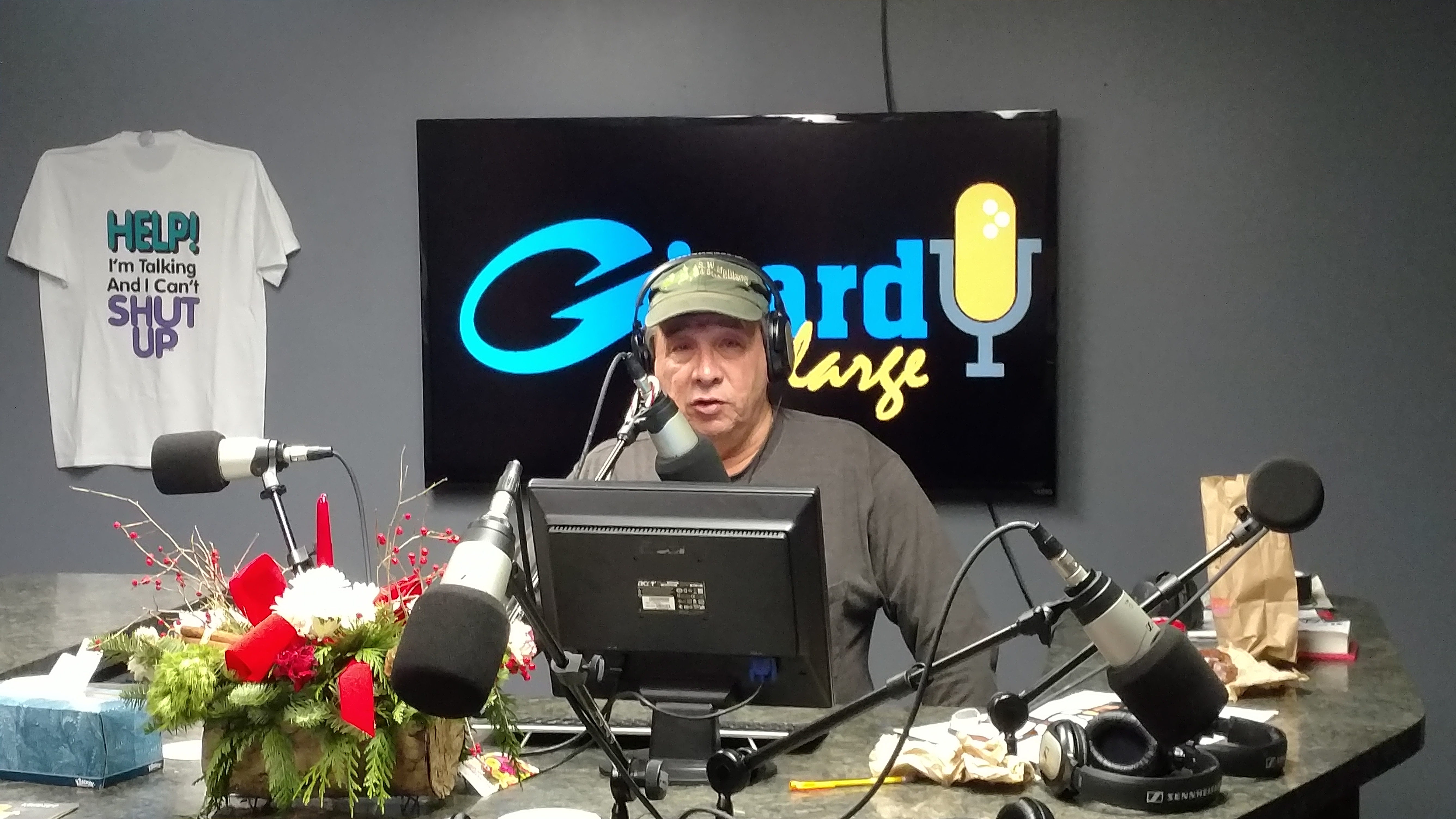 We Talked Among Giants