Senate Bill one thirteen is sadly one step closer to approval as the House Ways and Means Committee voted to recommend it to the full House of Representatives on an eleven to ten vote.  That’s the bill that would establish two casinos, slot parlors, really, in the state of New Hampshire.  Proponents of the bill say that it’s unlike past bills where the state creates a monopoly with just one casino not just because it provides for two, but also because it provides the state with ability to add more after the second license is issued, so long as the legislature approves.  Thus, to overcome the objections of gambling supporters who oppose a state controlled monopoly, which is not legal under the state’s constitution, by the way, they’ve greased the slippery slope that leads to proliferation, which has happened in sooo many other states, so that when the revenues promised aren’t realized, well, they can just build more in an attempt to fill the state’s coffers, like sooo many other states have tried and failed to do.  We’re keeping an eye on it.

New Hampshire Attorney General Joseph Foster announced that the Charitable Trusts Unit obtained a preliminary injunction against the Veterans Museum of New Hampshire, a registered New Hampshire charitable organization and its president, Henry T. Pratte.  The injunction prohibits them from soliciting donations or accepting military artifacts, pending a final hearing.  The A G said the injunction comes after several years of efforts to bring the organization into compliance with the law.

The complaint was filed on March twenty seventh, alleging numerous violations of statutes concerning the solicitation of donations and the composition of the board of directors.   It is alleged that the defendants maintained a website that sought donations to build a museum across from the New Hampshire Veterans Cemetery, on land they did not own for an organization that had not obtained tax exempt status.  The complaint also claims Pratte filed a false report with the Charitable Trusts Unit claiming that the organization fielded a full board of directors.  We’ve published the complete details at Girard at Large dot com and linked to them from this news article.

Steensen: Talk to the hand

We hate to go there again, but it’s no longer avoidable.  Timberlane Regional School Board Chairman Nancy Steensen has denied a request from the Danville Board of Selectmen to be placed on the School Board’s agenda.  The irony is that Steensen actually represents Danville on the Timberlane  school board.

Collins: I represent a town?

At the April 2 school board meeting, Superintendent Earl Metzler read a request from the Danville selectmen asking the board to provide the grade level and addresses of Danville’s students as it is reviewing the town’s impact fees.  In order to provide this information, the board felt it would have to waive their policy with respect to student information. The board was reluctant to do so especially given that neither Steensen nor Rob Collins, Danville’s other representative on the board, could fully explain why the Danville selectmen needed this information.

Green: Any wonder why town’s are thinking about leaving Timberlane?

A motion by Sandown’s school board representative Donna Green to put this issue on a future agenda and invite the Danville selectmen to explain their request didn’t even get a second.  In an email to Board of Selectmen Chairman Shawn O’Neil, Steensen said the selectmen were welcome to present their information during the five minutes currently allotted to individuals for public comment.   As we used to say back in the day, Chairman Steensen, mighty  White of you.

In other news from Timberlane, Green reports that the fifty thousand dollar annual contract given to Metzler’s wife to consult with the district, was, somehow, renewed for 5 years and a total expense of $250,000.  Green says this renewal was “problematic” in two ways:  First, the board did NOT vote on this contract amendment.  Second, multi-year contracts are not permitted without a vote of the legislative body – in others words, multi-year contracts must go to warrant and be approved by voters.

Wrote Green in her blog quote “Sneaky doesn’t begin to describe how this contract renewal was handled.  I, a board member, didn’t even know it had been renewed until nearly five months after the fact.”  Green reports she inquired about the contract at the March 19th board meeting and learned the contract had been renewed for 5 years.   When she pressed to see the contract, which was subsequently released on the board’s confidential Sharepoint site, she discovered to her utter astonishment, the contract had been signed by Chairman Nancy Steenson in October 2014.  Funny thing is, school board chairmen have no authority to sign contracts without an explicit vote of the board.  (Here’s the contract:  FLES contract renewal 5 yrs.)  “Indifference and apathy on the board and in the public allow these abuses of power to continue” wrote Green.

That’s news from our own backyard Girard at Large hour ___ is next. 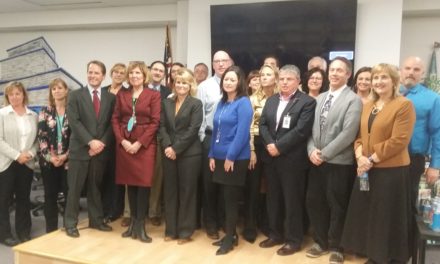